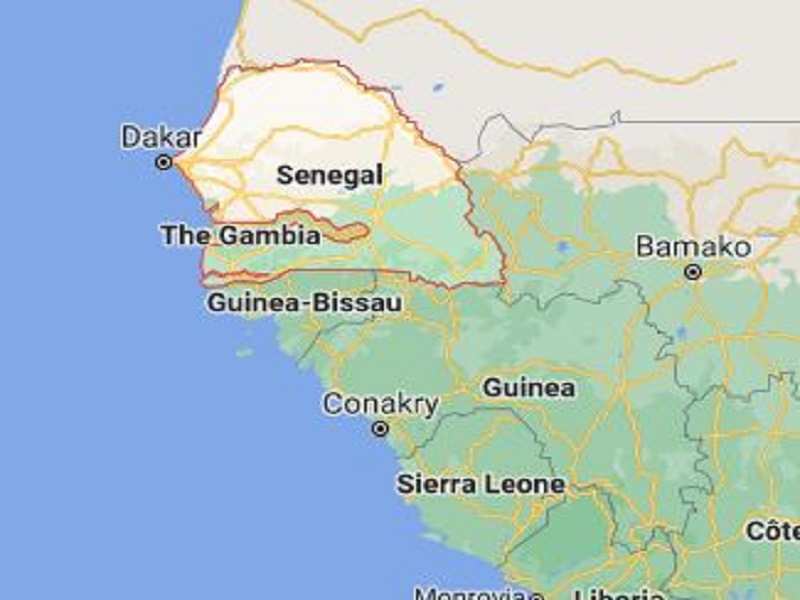 A weekend migrant shipwreck off Senegal has left at least 140 people dead, making it the deadliest so far this year, the International Organization for Migration confirmed Thursday.

NetworkNewsWire and InvestorBrandNetwork return as the Official Newswire and Media Partner for the 6th...

US approves $1 billion in new arms sales to Taiwan

Here’s a level at which you should buy Bitcoin (BTC) in...

Investors Diurnal Team - October 24, 2020 0
WASHINGTON: Earlier this month, President Donald Trump was predicting on Twitter that this would be “the most corrupt” in American history. A day later, the head of an obscure government agency he created offered a much different message.Christopher Krebs, the director of the Cybersecurity and Infrastructure Security Agency, closed an online conference with a warning about “bad guys, whoever they are,” trying to “sow chaos, sow doubt” about the integrity of the US election.“I have confidence that your vote is secure, that state and local election officials across this country are working day in and day out, 24/7, that the 2020 election is as secure as possible,” Krebs said.It was just one of many ways that CISA has been offering a counternarrative as it works behind the scenes to not only help safeguard the election but also to reassure the public despite messages to the contrary from the White House.That conflict could be on display on Election Day. Krebs and CISA will be in the national spotlight, monitoring the election amid the inevitable voting glitches and delays, which could be worsened by the coronavirus pandemic, under a president who has said he might not respect the results if he loses.Krebs
World News

Investors Diurnal Team - October 27, 2020 0
WASHINGTON (REUTERS) - Transmission risks of Covid-19 during airline flights are very low and below other routine activities during the pandemic such as grocery shopping or going out to dinner when using face coverings and taking other steps, researchers at the Harvard School of Public Health said Tuesday (Oct 27). The report found transmission risks can be "reduced to very low levels through the combination of layered infection control measures". The report, funded by Airlines for America - a trade group representing American Airlines, United Airlines, Delta Air Lines and others - and a consortium of aircraft and equipment manufacturers and airport operators, comes as US airlines lose billions of dollars a month as passenger demand remains down 65% year on year because of the coronavirus. US carriers are operating just 50 per cent of the flights they did in 2019. Some carriers have recently announced new plans to end blocking of middle seats during the pandemic. The Aviation Public Health Initiative team at Harvard recommended strategies to mitigate transmission risk on aircraft during boarding and exiting. The report found that after airlines mandated masks, boosted cleaning procedures and revised boarding procedures, "and with millions of passenger
World News

Investors Diurnal Team - October 25, 2020 0
KABUL • Afghan forces have killed a top Al-Qaeda militant wanted by the United States, as the government yesterday accused the Taleban of still keeping close ties with the Islamist militant group. Abu Muhsin Al-Masri, an Egyptian national believed to be the group's No. 2 on the Indian sub-continent, was targeted in eastern Ghazni province, Afghanistan's intelligence agency said in a statement. The National Directorate of Security did not provide further details about the operation or when it was carried out. "The killing of one of the key al-Qaeda members, Al-Masri, by the National Directorate of Security demonstrates close ties of the Taleban with the terrorist groups that are operating against the Afghan government and its people," Afghanistan's Interior Minister Masoud Andarabi tweeted, without providing details. "They still keep close relations with the terrorist groups and they are lying to different sides." The head of the US National Counter-Terrorism Centre, Mr Chris Miller, confirmed Masri's death in a statement, saying his "removal... from the battlefield is a major setback to a terrorist organisation that is consistently experiencing strategic losses facilitated by the United States and its partners". The Taleban's sheltering of Al-Qaeda was the original