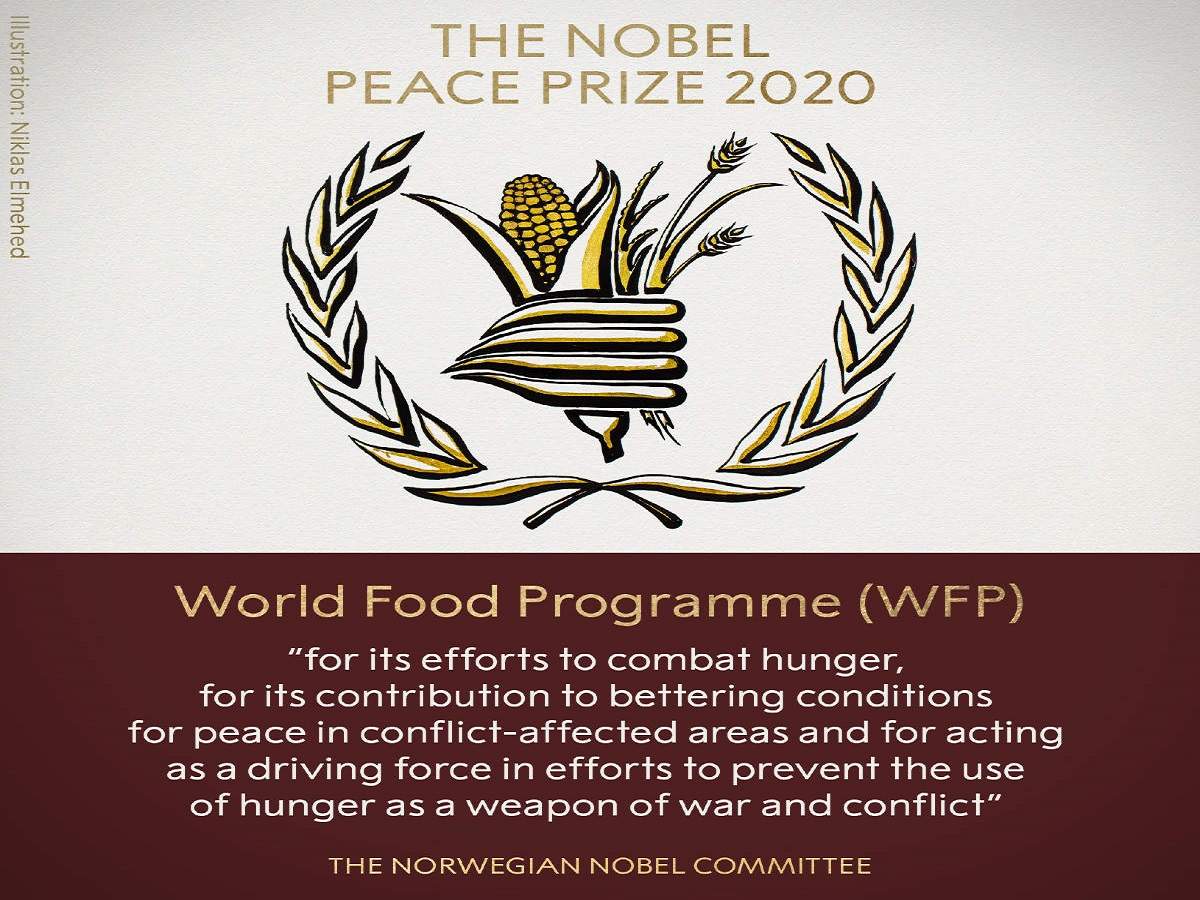 The winner of the 2020 Nobel Peace Prize — the World Food Program — and the Norwegian Nobel Committee said Wednesday they have jointly agreed to postpone the in-person award ceremony in Oslo next month because of the coronavirus pandemic.

‘Star Wars’ author says Disney is stiffing him on royalties

Investors Diurnal Team - November 17, 2020 0
WASHINGTON: The United States' top infectious disease scientist on Monday hailed early trial results from Moderna's Covid-19 vaccine as "stunningly impressive," and said the findings were an emphatic validation of experimental mRNA technology that some had doubted.In an interview with AFP, Anthony Fauci said he would have settled for injections that protected 70-75 percent of people from falling sick."The idea that we have a 94.5 percent effective vaccine is stunningly impressive. It is really a spectacular result that I don't think anybody had anticipated would be this good," he said.Fauci leads the National Institutes of Allergies and Infectious Diseases (NIAID), which began co-developing the vaccine with the US biotech company in January, shortly after China shared the genetic sequence of the new coronavirus.It is based on a relatively new technology that uses a synthetic version of a molecule called "messenger RNA" to hack into human cells, and effectively turn them into vaccine-making factories.No vaccine based on this platform has ever been approved."There were many people who had reservations about using something that had not been tried and true over the years; in fact, some people even criticized us for that," said Fauci.On Monday, Moderna and NIAID announced their preliminary results
World News

Coronavirus: France finds Covid-19 in mink at one farm – Ministry

Investors Diurnal Team - November 22, 2020 0
PARIS (REUTERS) - Mink infected with coronavirus have been found at a farm in the Eure-et-Loire region of western France, and 1,000 mink at the farm will be culled, the French agriculture ministry said on Sunday (Nov 22). Cases in mink have also been reported elsewhere in Europe, notably in Sweden, Greece and the Netherlands. In Denmark, the virus was found to have mutated into a different strain, which experts feared could render a vaccine less effective if transmitted back to humans. Around 17 million mink are due to be culled there. France started testing its four mink farms in mid-November. "At this stage, tests have shown the virus circulating in an Eure-et-Loire farm," the ministry said. "A second farm is unscathed. Tests are still under way in the last two farms, with results expected during the week." Related Stories:
World News

Investors Diurnal Team - November 28, 2020 0
NEW YORK (REUTERS) - Pandemic-weary Americans entered the holiday season on Friday (Nov 27) under strong pressure from political leaders and health officials to stay home, avoid gatherings and curtail Christmas shopping as they wait for promised Covid-19 vaccines. The US Centres for Disease Control and Prevention (CDC) hinted on Friday that the first of those medications could be close to government approval, as it posted notice of an emergency meeting for Tuesday to vote on the "allocation of initial supplies of Covid-19 vaccine." United Airlines has begun using charter flights to put shipments of a vaccine developed by Pfizer Inc in place so the drug can be quickly distributed once it is approved, according to a person familiar with the matter. Covid-19 infections and hospitalisations have spiralled in recent weeks, prompting increasingly aggressive clamp-downs in many US states. One day after the nations marked a diminished Thanksgiving, malls and retailers imposing strict Covid-19 rules saw fewer Americans in stores for the traditional Black Friday start of the holiday shopping season. "Remember, skip the crowds and shop from home this Black Friday," Kentucky Governor Andy Beshear, a first-term Democrat, wrote on Twitter, a sentiment echoed