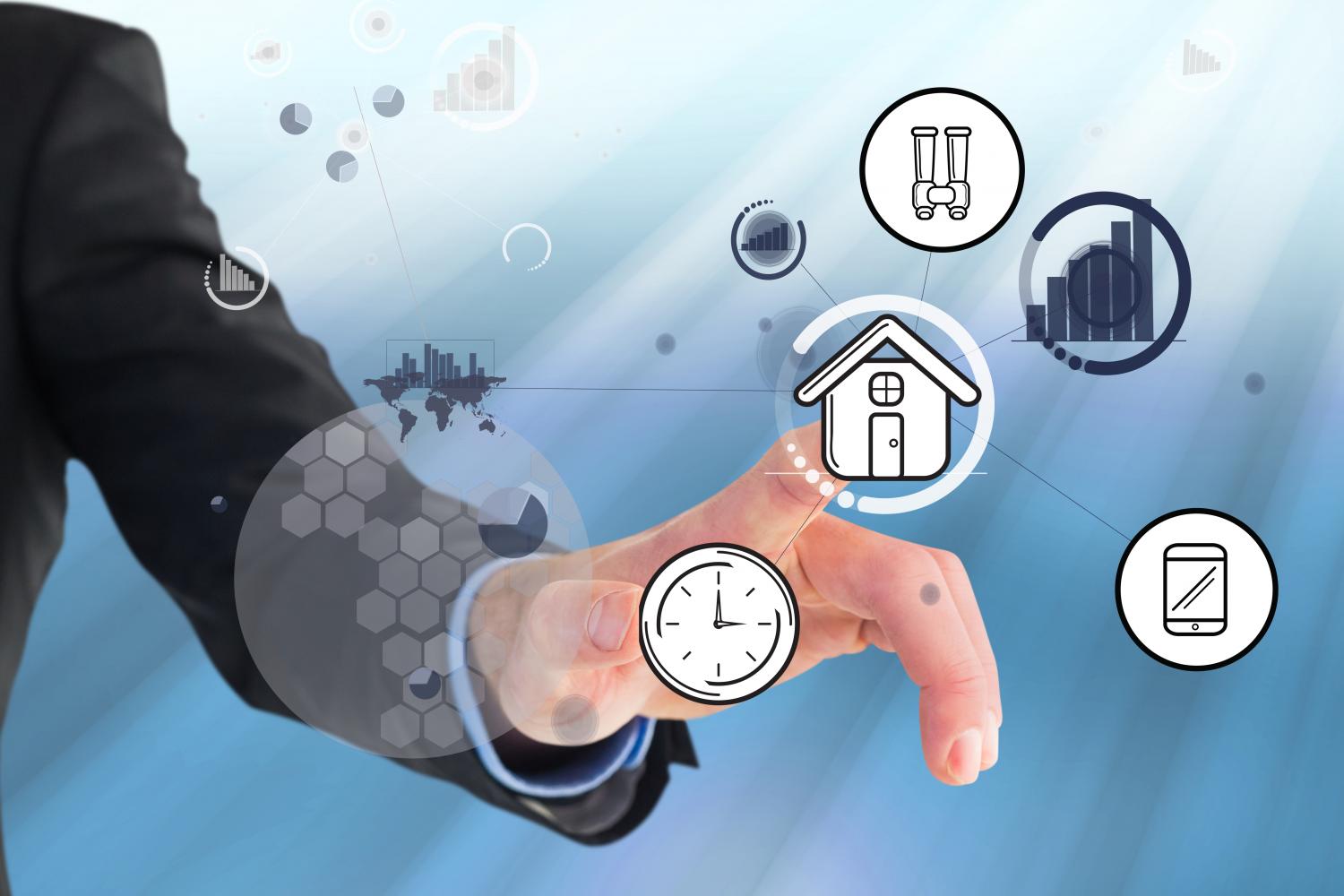 Enthusiasm for smart homes has penetrated the property sector the past few years, though it’s mainly focused on high-end real estate because the prices of connected home appliances remain high.

But the adoption of smart home technology is expected to escalate in the coming years, with the prices of smart devices set to decline as more products enter the market, supported by an increase in available languages.

New use cases aligned with modern lifestyles are anticipated to help push the adoption of intelligent devices at home.

Niti Mekmok, vice-president of the Thai IoT Association, said smart home features have been available in Thailand for at least three years, but most connected devices are found in luxury houses and condos, particularly in the kitchen.

The pandemic slowed the property market, including smart homes, but if home appliance makers can usher in products that meet people’s new lifestyles, the adoption of connected devices at home is expected to surge in the next few years, he said.

One example is home lighting systems. The colour and tone of lights can be automatically adjusted in line with users’ activities as people spend more time working and studying inside the home.

Lighting systems can detect users’ activities, such as work, study or entertainment, and automatically present colours and tones that suit the environment.

Smart home concepts can also offer safety and health support. For example, one feature is sensors that can detect gas leaks or door locks. There is an ultraviolet C (UVC) light system that can disinfect air and surfaces, killing viruses without harm to humans.

“We expect smart home devices to gain momentum when they are developed to support voice command,” Mr Niti said. “TVs would be a centre for intelligent smart home features.” 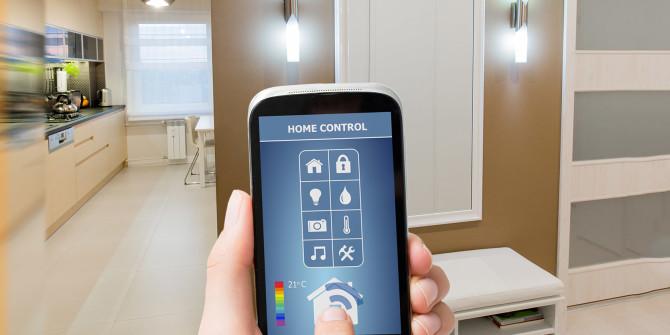 Smart gadgets at home can be controlled by smartphone apps.

Samsung makes a smart refrigerator that serves as a hub to communicate with other devices in the home, Mr Chalermpong said.

The roll-out of 5G and artificial intelligence (AI) technology could be groundbreaking, forging connectivity of devices and featuring a seamless experience across devices and platforms, he said.

Connected devices at home could bring new experiences to users. For example, when customers are busy cooking in the kitchen and a smartphone rings, they can use a voice command to order a smart fridge nearby to pick up the call, said Mr Chalermpong. A smart washing machine could send an alert to users when their laundry finishes.

Samsung is gearing up efforts to work with property developers to usher in smart home features for users. 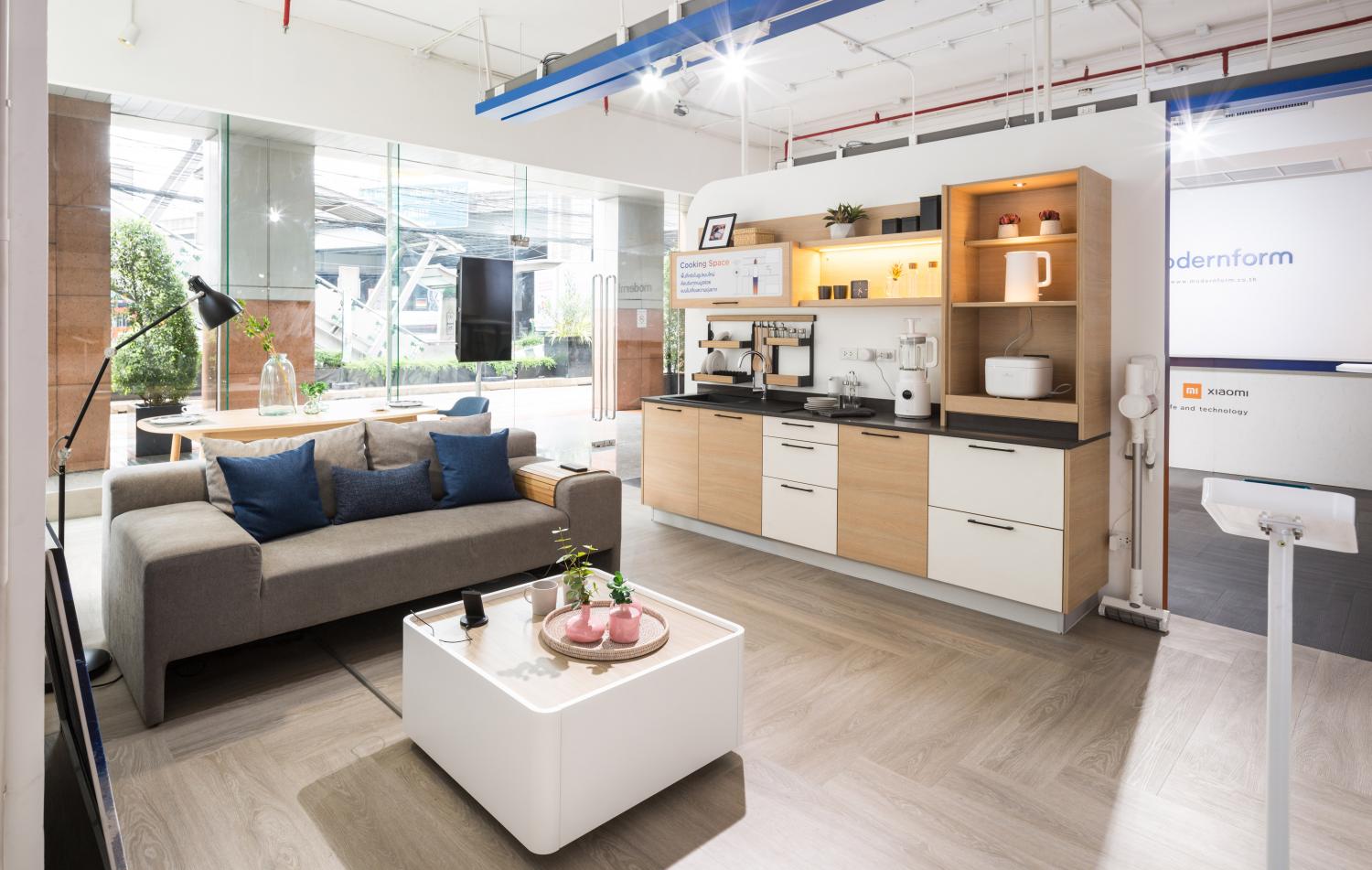 According to the Statista website, Thailand’s smart home market will see a compound annual growth rate (CAGR) of 24.9% during 2020-25, resulting in a projected market volume of US$495 million (15.5 billion baht) by 2025.

Smartphones remain the cornerstone of the Xiaomi business, while AI and the Internet of Things (IoT) will play a meaningful role in building a “smart life”.

Xiaomi has worked with other entrepreneurs for years to establish an ecosystem and innovation solutions for users. 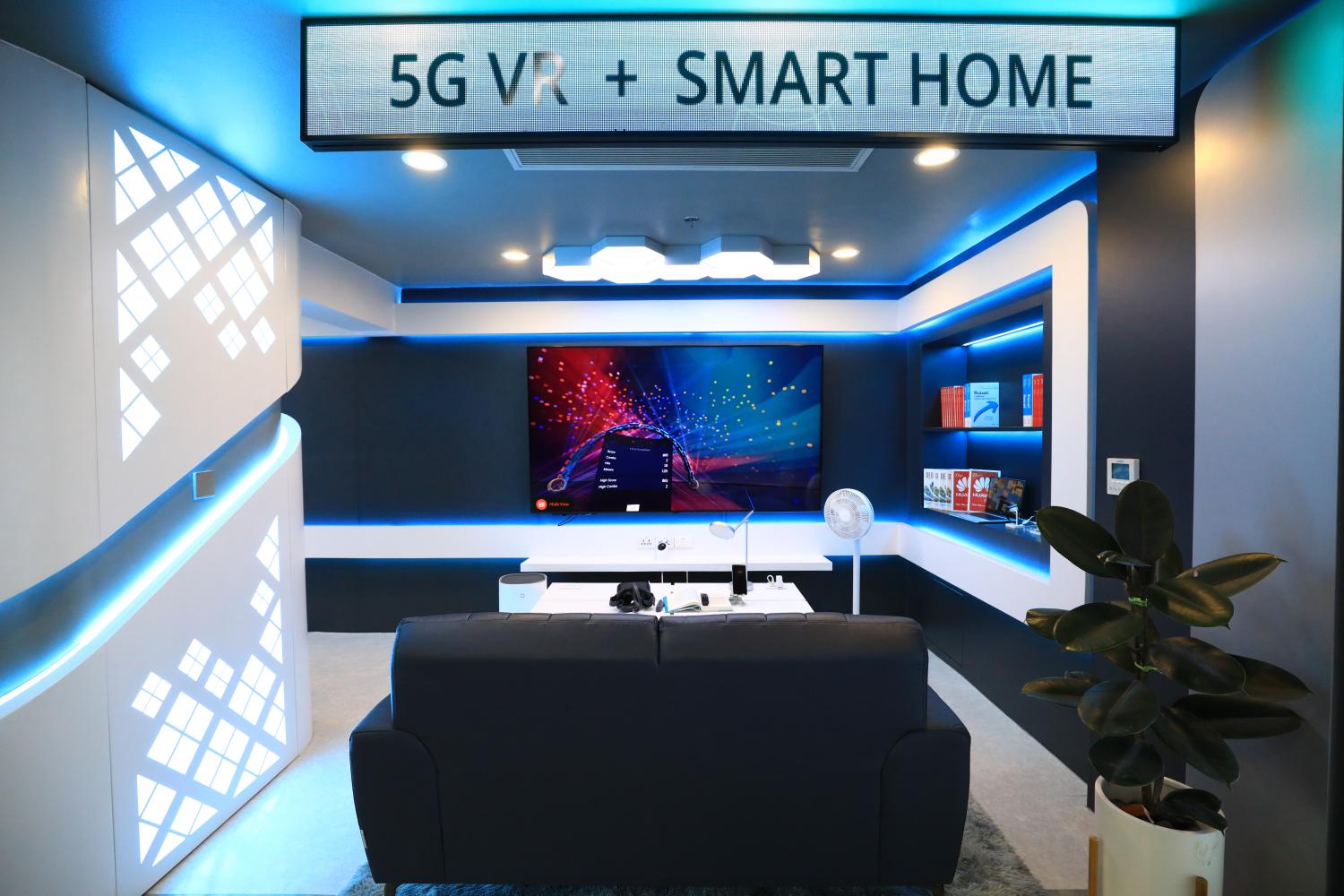 A smart home concept room is displayed at the 5G Ecosystem Innovation Centre at the Digital Economy Promotion Agency.

The company has 400 partners in planning, designing, manufacturing and using products in the ecosystem.

The number of smart devices connected to Xiaomi’s IoT platform reached 271 million units as of June, excluding smartphones and laptops.

The number of users who have five or more devices connected to the IoT platform (excluding smartphones and laptops) was over 5.1 million at the end of June, year-on-year growth of 63.9%.

The company’s smart TV plays a key role as a hub in controlling all connected smart devices.

Xiaomi’s global smart TV shipments rose to 2.8 million units in the second quarter, among the top five in the world.

The company said it remains committed to expanding its ecosystem products, ranging from smart hardware to lifestyle products. 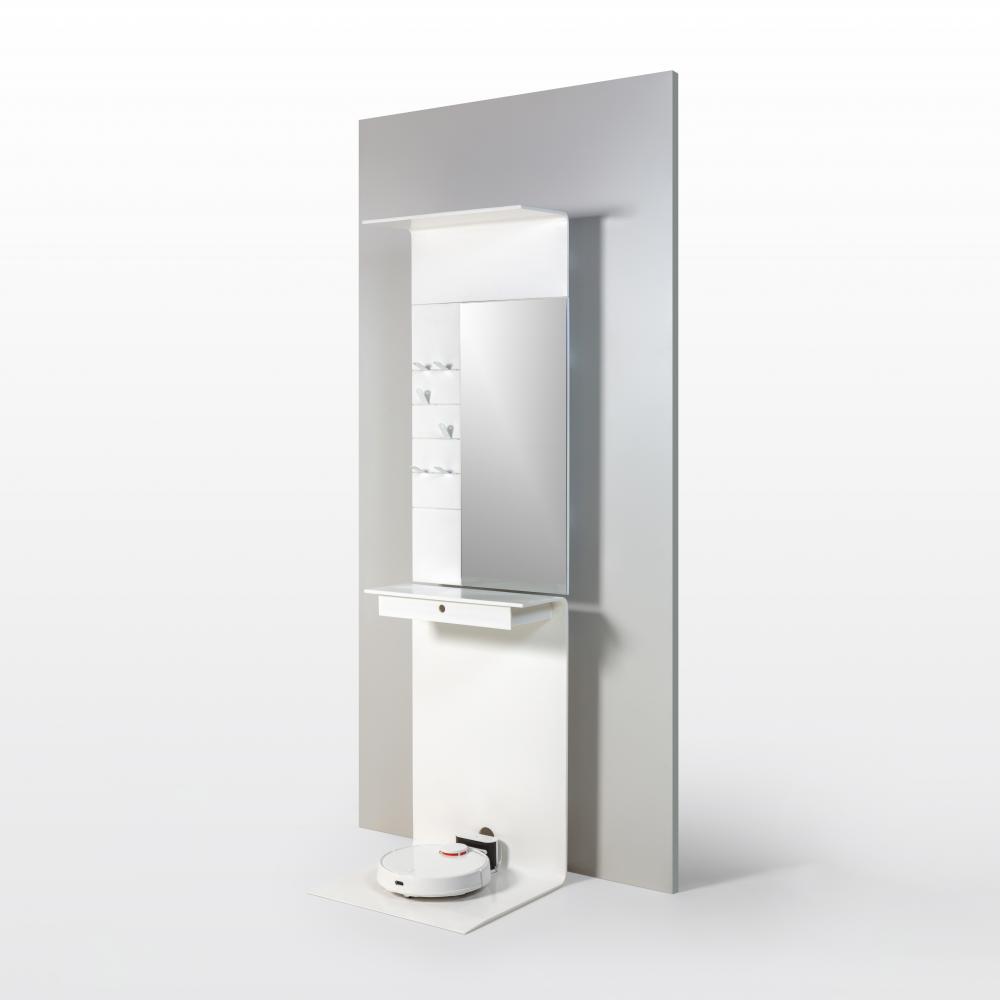 A Xiaomi robotic vacuum cleaner is attached to a mirror station.

Investors Diurnal Team - November 3, 2020 0
Twitter CEO Jack Dorsey will stay on in his leading role, the social media platform's board ruled after an activist investor's bid to oust him SAN FRANCISCO - Twitter's board on Monday said Jack Dorsey will remain chief after a management review prompted by an activist investor's effort to push him out of the job. Twitter in March made a deal with key investors to end an effort to oust Dorsey, creating a new committee on the board of directors to keep tabs on company leadership. The plan called for a fresh investment in Twitter by private equity group Silver Lake, and a pledge by the social media group to launch a $2 billion share repurchase plan. The deal also enabled the hedge fund Elliot Management -- which had been pressing to remove Dorsey -- to get its partner Jesse Cohn a seat on the board
Tech

Investors Diurnal Team - December 1, 2020 0
The 'fan edition' phone for non-Samsung fans Galaxy S20 FE 5G is a go-to choice for newcomers to the brand This review hurts me personally because I paid a lot of money and got myself a Samsung Galaxy S20+ around mid-year. Now, the newly-released S20 FE 5G is cheaper, faster and has all the same Samsung features with a set of slightly inferior cameras at around half the price. I have owned or tried Samsung, Oppo, Apple, Sony, Motorola, Lenovo, HTC and OnePlus phones over the past decade and I can still say that in 2020 Samsung produces the most social-media-ready photos and videos with the least effort. Yes, the FE produces less-detailed shots compared to its big brothers (the Note20 Ultra & S20 Ultra, I mean) but what you see on social media is far less than what the FE can comfortably produce with ease. At about half the price, the FE can do 95% of what the S20+ does with all the bells and whistles, gimmicks and shooting modes intact. Samsung's AI helps to pick and adjust how you take your photos instantly. You can also zoom 3x optically as