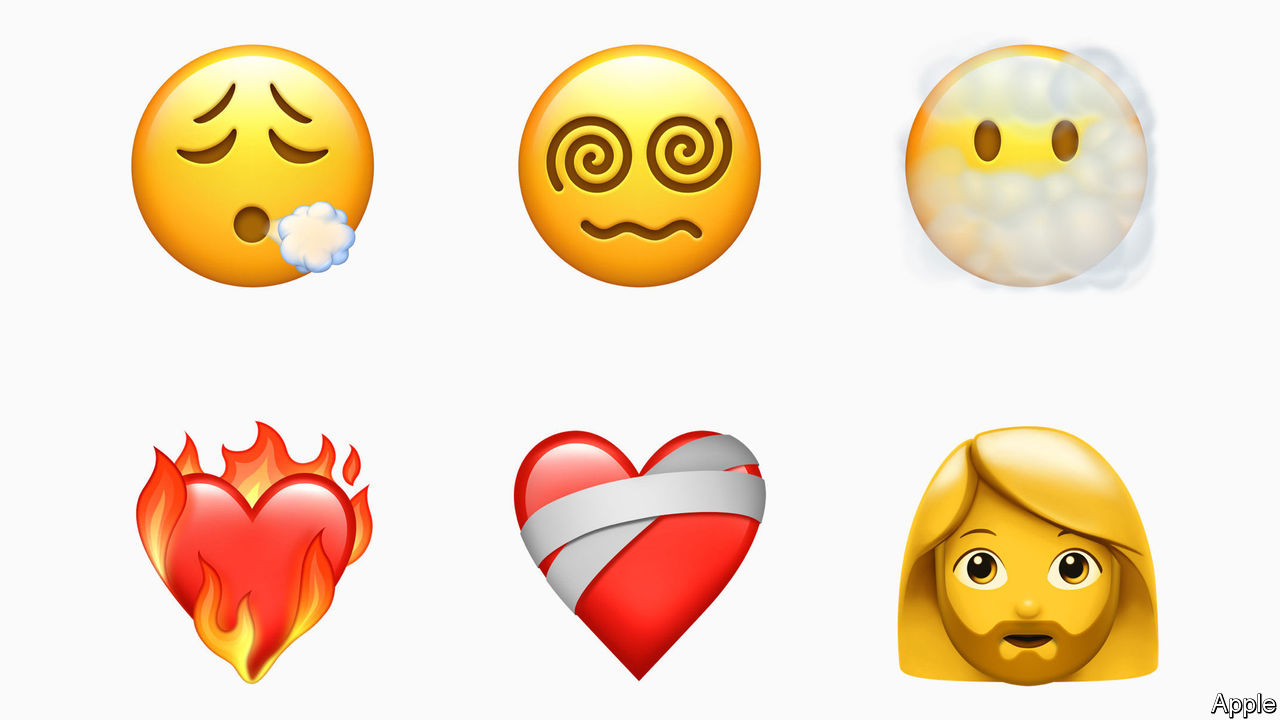 THE ANNOUNCEMENT was timed to spoil the party. On April 20th, at its “Spring Loaded” event, Apple unveiled a clutch of new iGizmos, from purple smartphones and a new set-top TV box to “AirTags”, small connected trackers designed to help people find whatever objects they attach them to.

On the same day a group of hackers going by the name of REvil declared that they had broken into Quanta Computer, a Taiwanese company that assembles several Apple gadgets, and made off with what they claimed was sensitive data. The group claimed that Quanta had declined to pay a ransom for the stolen information, and addressed Apple directly instead. The hackers posted several sets of schematic diagrams of Apple laptops to their blog, and suggested that, if the mighty tech company did not want more secrets revealed, it should “buy back” the stolen data by May 1st.

Apple is a prominent victim of the booming business of “ransomware” . In its original incarnation, at the start of the 2010s, this involved spreading malicious software to ordinary people’s computers. The software would encrypt pictures, documents and so forth, transforming them into unreadable gibberish. If the victims paid a ransom, the hackers would provide the decryption key necessary to restore the scrambled files—at least, in theory.

These days the practice is more professional. Hackers increasingly focus on big organisations rather than individuals, since firms are more likely to pay larger ransoms. Hospitals, universities and even police forces have been attacked. Besides Apple, REvil claims to have stolen data from Kajima Corporation, a big Japanese construction firm, the government of Fiji, Pierre Fabre, a French pharmaceutical company, and dozens of smaller businesses. And as big organisations usually store back-ups of valuable data, which makes scrambling attacks less damaging, hackers increasingly threaten their victims with leaks instead.

Working out the size of the problem is tricky. Coalition, a firm which provides insurance against cyber-attacks, says ransomware assaults made up 41% of claims in the first half of 2020. (“Funds transfer fraud”, the second-biggest category, accounted for 27%). According to Palo Alto Networks, a cyber-security company,the average ransom demand rose from $115,000 in 2019 to $312,000 in 2020. (REvil has reportedly demanded $50m from Apple.) Ransoms are often paid with cryptocurrencies. Chainalysis, which analyses the blockchains that underpin cryptocurrencies, calculates that ransomware gangs took nearly $350m in cryptocurrency payments in 2020, more than four times as much as the year before.

Cyber-insurance—for which premiums amounted to $5bn in 2020—can take the sting out of attacks for individual firms, at the cost of making things worse for everyone else. The willingness of insurers to pay ransoms, says a Western former cyber-security official, is one reason why ransomware is booming. That may change as governments become more interested. The head of GCHQ, Britain’s electronic-spy agency, recently called for “concerted action” to tackle the problem. A report published on April 29th by American law-enforcement officials and big technology companies, including Amazon and Microsoft, suggested that ransomware be treated as a national-security threat. The Justice Department has created a dedicated task-force.

Not all victims stump up. When CD Projekt, a Polish video-game company, was attacked in February, it refused to pay. But “more often than not”, says the ex-official, those that do cough up will find that the crooks uphold their side of the bargain. After all, their professional reputation is at stake: if they keep their word, future victims are likelier to pay, too.

Exodus citywide in NYC — but mostly from these zip codes

Former Avon resident on trial for allegedly swindling a friend out...

How HP Turns Business Catastrophes to Their Advantage

Investors Diurnal Team - June 17, 2021 0
In oceanography, a rogue wave refers to a massive wave that pops up, seemingly out of nowhere, when multiple unlikely natural phenomena collide. In...
Business

Investors Diurnal Team - April 18, 2021 0
A Maryland hotel executive is trying to assemble new financing for a $680 million offer to buy Tribune Publishing after his partner, a Swiss billionaire, pulled out of the bidding for the newspaper chain. Stewart Bainum is talking to other potential investors after Hansjörg Wyss dropped out in the last few days, a person familiar with the matter said Sunday. Wyss told Bainum that it would require too much investment to turn the chain’s flagship Chicago Tribune into a nationwide publication, according to the person, who spoke anonymously because they were not authorized to discuss the private negotiations. Wyss and Bainum offered to buy the chain for $18.50 per share, topping a previous offer of $17.25 per share, or $634 million, by Tribune’s largest shareholder, hedge fund Alden Global Capital. Bainum told Tribune representatives about Wyss’ withdrawal on Friday, and they authorized him to talk to other potential investors, according to the person familiar with the matter. Bainum was initially interested in buying one of Tribune’s papers, the Baltimore Sun, but is committed to acquiring the entire company. Two investors have expressed interest in buying Tribune’s Orlando (Florida) Sentinel: former Thomson Financial CEO Mason Slaine and Craig Mateer, who founded