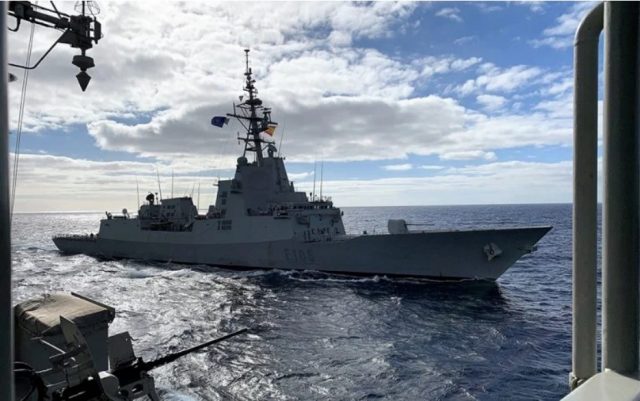 History has proved that Greece must always be a strong naval power. Geography and geopolitics make it a strategic necessity for the country to have a navy that can, at the same time, defend every island and islet in the Aegean and have a presence in the Eastern, Mediterranean.

Even if we make optimal use of our diplomacy, the time inevitably comes when the fleet commander must take stock of his forces, know exactly what is available and play the game with what he has. Greece did this, successfully, last summer, with the crisis provoked by the presence of the Turkish Oruc Reis research vessel – at an enormous cost to the personnel and ships themselves, which operated at the limit of their capabilities for weeks on end.

But our navy is lagging behind, by a lot. Our ships are aging and even our strongest cards, such as our submarines, are in dire need of upgrades in weapons and systems. The time has come for brave decisions concerning the entire gamut…

12-year-old among 336 people probed over scams, victims lost more than...

For Self-Driving Cars, the Hot New Technology Is… Radar

While You Were Sleeping: 5 stories you might have missed, April...

Investors Diurnal Team - April 28, 2021 0
In first speech to Congress, Biden to push US$4t spending plans President Joe Biden plans to unveil a sweeping US$1.8 trillion (S$2.3 trillion) package for families and education in his first speech to Congress on Wednesday, as he stresses the need to invest to compete with China, the White House said. Biden will speak at 9pm (9am on Thursday, Singapore time) inside the US Capitol at an event scaled back this year because of the pandemic. He will use the speech to outline his priorities for the rest of his first year in office. He will argue that the new package, which together with an earlier infrastructure and jobs plan, totals around US$4 trillion, rivalling the annual federal budget - is a once-in-a-generation investment vital to America's future. The Democratic president will also plead directly with lawmakers to pass legislation to curb police violence, senior administration officials said, speaking on condition of anonymity. Biden will highlight repeated police killings of African-American citizens and years of entrenched racism, while honouring the service of the vast majority of officers. READ MORE HERE Apollo 11 astronaut Michael Collins dies aged 90 American astronaut Michael Collins, who piloted
World News

Investors Diurnal Team - April 27, 2021 0
PARIS (AFP) - One in seven pregnancies worldwide ends in miscarriage, and eleven per cent of women endure a failed pregnancy at least once in their lifetime, experts said Tuesday (April 27). Some 23 million miscarriages occur every year, according to data pieced together from around the globe by an international team of 31 researchers. But the actual tally is sure to be "substantially higher" due to underreporting, they said in a trio of studies published in The Lancet. Two per cent of women - one in 50 - have experienced two miscarriages, while less that one per cent have been through three or more. Levels of care for women suffering miscarriage is highly uneven across countries, and even within many wealthy nations, the data showed. "A new system is needed to ensure miscarriages are better recognised and women are given the physical and mental health care they need," the researchers said in a statement. Misconceptions about miscarriage are widespread. Many women believe they occur only rarely, for example, or that they can be caused by lifting heavy objects or previous contraceptive use. They may also think that there's no effective treatments to prevent
World News

Investors Diurnal Team - April 19, 2021 0
CAIRO: A passenger train derailed Sunday north of Cairo, killing at least 11 people, Egyptian authorities said. It was the latest of several rail accidents to hit the country in recent years. Four train wagons ran off the railway at the city of Banha in Qalyubia province, just outside Cairo, the railway authority said in a statement. Videos on social media showed wagons overturned and passengers escaping to safety along the railway. The train was travelling to the Nile Delta city of Mansoura from the Egyptian capital, the statement said. The Health Ministry said in a statement that besides the dead, at least 98 people were injured, with most of them suffering from broken bones, cuts and bruises. At least 60 ambulances were sent to the scene and the injured were taken to nearby hospitals, the ministry added. Salvage teams could be seen searching for survivors and removing the derailed wagons. It was not immediately clear what caused the train to derail. Prosecutors said they were investigating the causes of the crash. The state-run Ahram daily reported that authorities have detained at least 10 railway officials, including the train driver and his assistant, pending an investigation into the crash. At