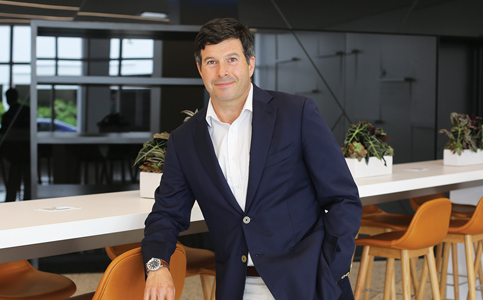 Perhaps, in a parallel universe, Alex Hurst is a successful author of business strategy books rather than the founder and managing principal of real estate investment firm Palatine Capital Partners.

He nearly went down that path while on hiatus from college. He was working abroad in England, where he’d gotten in on the ground floor of a successful internet startup whose sale provided him with funds he’d later use to launch Palatine in 2007.

As part of a proposal for Oxford University Press – an opportunity he got through a friendship with its editor – he interviewed several wildly successful entrepreneurs, Michael Bloomberg and Martha Stewart among them, for a book he planned to write about the traits and approaches to business that united those captains of…

Stocks week ahead: Does the US economy need another $480 billion in stimulus?

AWS to open data centres in New Zealand in 2024 with new AWS region...

A one-star rating won’t get Facebook unfriended by Google

Investors Diurnal Team - May 16, 2021 0
The most popular listings on Brownstoner this week include a Dyker Heights...
Real Estate