Home Markets All of Tesla's other services will be worth more than its car...
Facebook
Twitter
WhatsApp
Linkedin
Email 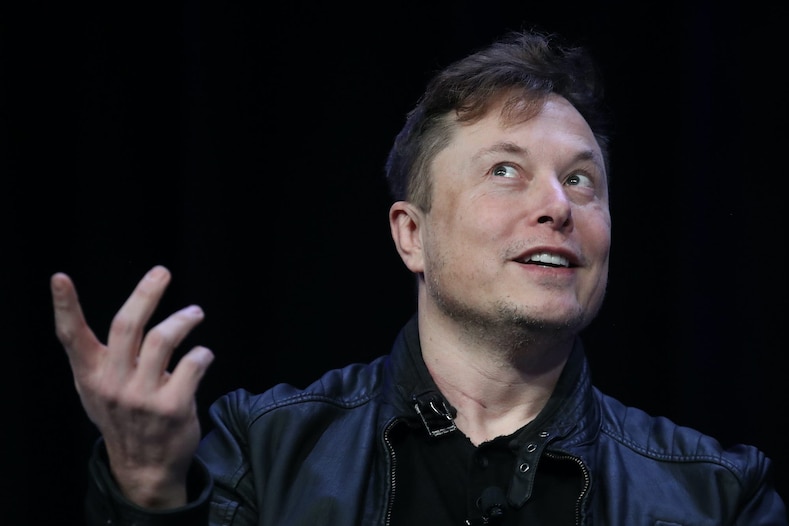 Elon Musk, founder and chief engineer of SpaceX speaks at the 2020 Satellite Conference and Exhibition March 9, 2020 in Washington, DC.

Wall Street analysts have long compared Tesla to Apple and other tech giants more easily than its Detroit competitors.

Now, Morgan Stanley’s Adam Jonas has taken one of the strongest steps yet to do just that — and is including an array of companies including Tinder, Roku, and video game makers too.

For the first time this week, the bank included Tesla’s ancillary services — like its autopilot software, home energy products, insurance, and the long-awaited Tesla network — in its valuation of the company, which now sits at a street high of $540.

“To only value Tesla on car sales alone ignores the multiple businesses embedded within the company, and ignores the long term value creation arising from monetizing Tesla’s core strengths, driven by best-in-class software and ancillary services,” Jonas said in a note to clients on Wednesday.

His 2030 “sum of the parts” valuation gives $254 per share to Tesla’s core automotive sales category, which CEO Elon Musk has said will reach 500 million units this year. That’s about 47% of his total target.

Tesla network services, comprising everything from the company’s Supercharger network to driver-assistance software, premium infotainment, and performance upgrades — gets the next largest weight in Jonas’ analysis, at $164 per share.

Ride-hailing, something Musk previously said would be in place with a million self-driving by the end of 2020, will be worth $38 per share by 2030, Jonas says.

Insurance, which Tesla launched in California last year, and a third-party supplier business, make up the final $73 per share of Jonas total target.

All together, the new weight on non-automotive revenues are another step in transformation from a product sales business to a services-heavy, recurring revenue business like Apple, to which Morgan Stanley has often compared Tesla. The iPhone maker, Jonas points out, has grown services revenue to 40% of overall profits.

But the comparisons don’t stop there. Morgan Stanley says it consulted across teams for relevant comparisons to Tinder, Roku, and even video game makers.

“Yes, consumer behavior in a dating environment is relevant,” Jonas said. “A real eye-opener for us.”

Tesla’s stock price is up 476% this year, fueled most recently in November by the company’s addition to the S&P 500 index.

China Borrows at Negative Rates for the First Time

The life and career of Tony West, the Uber executive married to Kamala Harris'...

Spain's BBVA walks away from merger with Banco Sabadell after confirming tie-up less than...

Investors Diurnal Team - November 5, 2020 0
Bitcoin (BTC) price has extended its impressive bull run today to print $14,999 for the first time since January 2018.  Fundamental analysis: Weak dollar helps Bitcoin Investors are betting that Joe Biden’s likely win will result in a huge stimulus package for the embattled U.S. economy. This morning, the Bank of England (BoE) increased its already huge QE plan by 150 billion pounds ($196 billion). Paul Krugman, an American Nobel Prize-winning economist, said that the United States is in a need of a massive stimulus package to help the economy survive.  “A lot of people are going to be out of work, a lot of businesses are going to be stressed. We need to just make life tolerable for them,” he said.“We’re still 11 million jobs down from where we were before this thing hit and all of those people are without wages, state local governments are in extreme financial distress, thousands of businesses — maybe hundreds of thousands — are on the verge of collapse.” In theory, a multi-trillion stimulus plan will further weaken the dollar, which should be supportive of other currencies, including Bitcoin. The dollar index (DXY) is on the way today to post the biggest
Markets