AP dives back into provincial projects 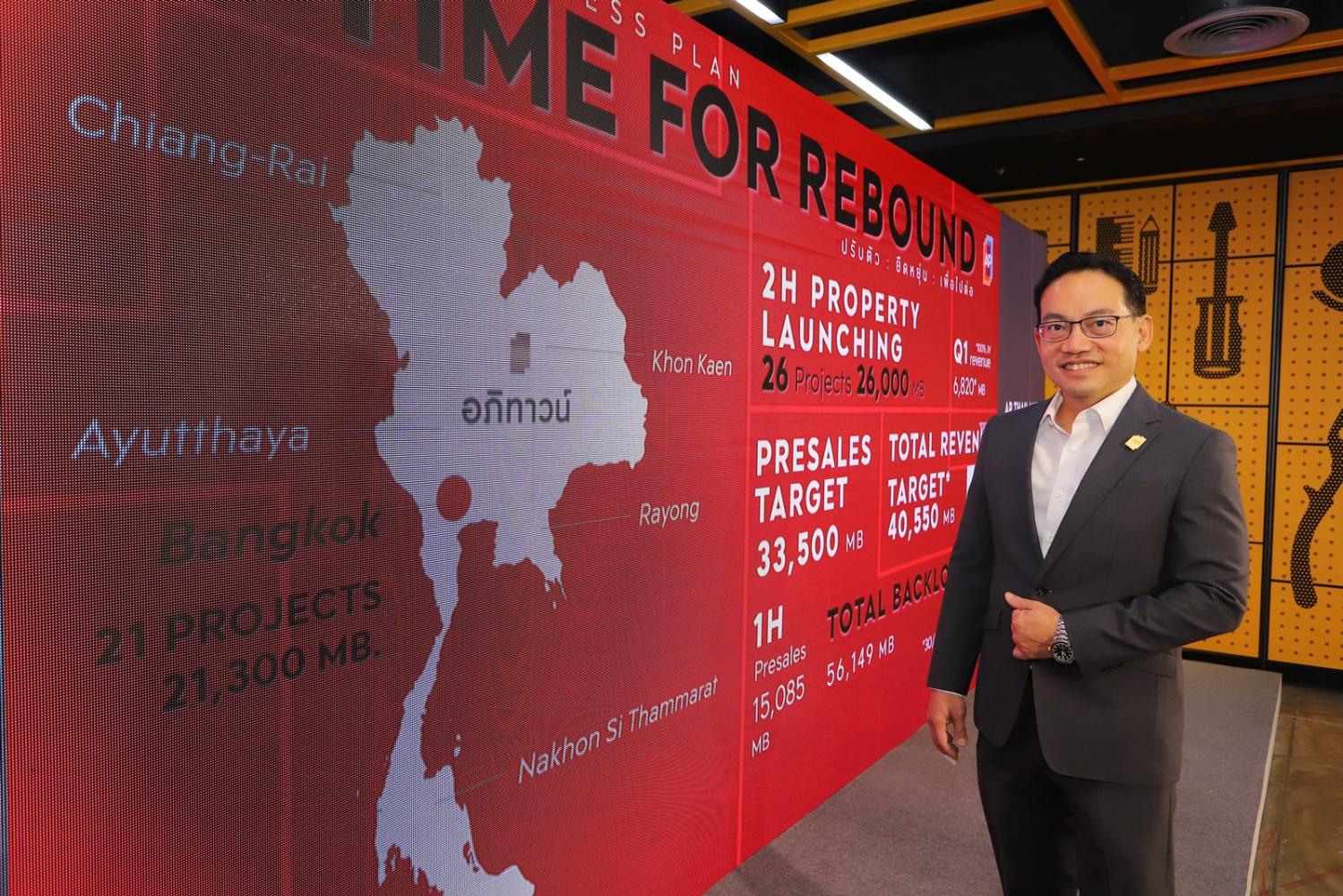 Mr Vittakarn says provinces chosen for projects must specialise in a sector.

Vittakarn Chandavimol, chief of corporate strategy and creation, said people in many provinces don’t want to live in urban condo units as the travel time from outer city areas to inner areas is quick.

Similar to Kanchanaphisek Road in Bangkok, major provinces often have a ring road surrounding central areas. Locations on ring roads are usually where low-rise houses are developed as land prices are lower than those in inner cities.

“Condos are preferred in Bangkok because travel from the outer city to inner areas consumes a lot of time,” he said. “In the provinces, people can live in outer city areas where they have a lot of choices at more affordable prices than units in central areas.”

Low-rise house development is more flexible than condos, as there is a wider variety of products, such as single detached houses, semi-detached houses and townhouses.

The unit price range for low-rise houses is also broader than for condo units.

Once developed, a condo project is committed to complete construction and units cannot be changed or adjusted.

On the contrary, development of low-rise houses is more flexible as the company can consider the sales rate and slow down, accelerate or continue with the construction plan.

While contractors for low-rise houses can be changed, those for condos cannot.

Last year AP started re-exploring housing markets in major provinces after stepping back in 2014, finding condo development in provinces was not tenable.

The sales rates in Udon Thani and Phitsanulok were sluggish, but the projects sold out in the past two years. The Pattaya project was revoked and AP later sold the plot to another developer.

Upon reentering the provincial market, AP will develop only low-rise houses in large-scale projects under the Apitown brand. The five pilot provinces include Khon Kaen, Rayong, Nakhon Si Thammarat, Chiang Rai and Ayutthaya.

“The province should be a hub of something, such as education or medical services,” said Mr Vittakarn.

Khon Kaen, the centre of the northeastern region, has been deemed a smart city with two planned routes for a light rail system being funded and developed by the government and the private sector.

There is also a plan to expand the Khon Kaen airport to double the number of passengers per hour it can facilitate from 1,000 to 2,000, increasing its carrying capacity to 5 million per year after completion in March 2021.

With a population of 1.8 million, 416,285 people live in Muang district and 63% had an income from a salary or business. Purchasing power was strong and there are two malls and two home furnishing outlets.

Srinagarind Hospital is adding 5,000 beds, funded by an investment of over 24.5 billion baht, and is set to become the largest public hospital in Southeast Asia.

France will react with the greatest firmness after attack: PM

Investors Diurnal Team - October 29, 2020 0
Branding health As more customers look to branded residences for a retreat or second home away from urban hustle, well-being needs to be a focal selling point Villa Thana, one of four models at Banyan Residences Villas Hua Hin. As the world faces a global health crisis head-on, more people are conscious of well-being and are trying to prevent chronic diseases. Many lifestyle industries have adapted their products and services to this customer demand, including branded residences, often looked at as second homes for buyers looking for a retreat. A property consultant thinks such residences need to put more effort into emphasising this strength to customers. Developers and operators in this segment are stepping up their health and safety measures to attract residents who prioritise healthy living and want standardised well-being support. In 2019 and 2020, the number of branded residence units in Bangkok is expected to increase by three times to more than 1,300 units, up from 449 in 2017, according to property consultant CBRE Thailand. The trend was
Real Estate

Investors Diurnal Team - October 23, 2020 0
Businesses hope the opening up of Phuket for tourists will help the slumping property sector. (Bangkok Post file photo) A plan to gradually open the country to tourists will be a boon for property sales in Phuket, following a slump due to travel restrictions that keep travellers at home, according to an online property marketplace. Stuart Coakley, director of the Property Discount Centre Thailand, applauded the government's decision to welcome tourists under the special tourism visa scheme, saying it was "positive news" to the property market on the resort island and other locations. Phuket is one of the destinations for foreign touirsts under the special programme. The first group of 120 tourists from Guangzhou will arrive on the island after the end of the vegetarian festival on Sunday, according to the Sports and Tourism Ministry. Mr Coakley said the property sector in Phuket would greatly improve after the world successfully developed Covid-19 vaccines as tourists and investors would