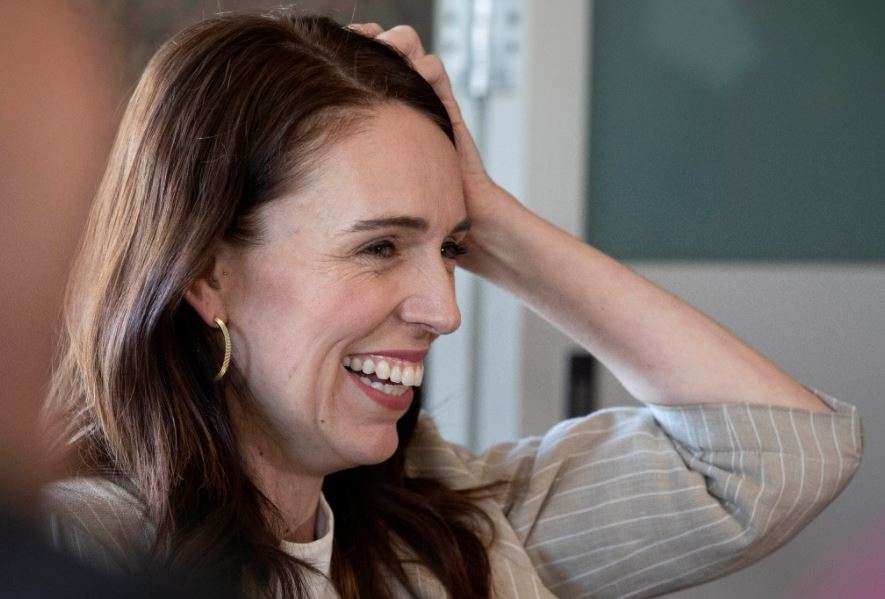 A day after winning a second term in a landside victory, New Zealand Prime Minister Jacinda Ardern said Sunday she sees the election result as an endorsement of her government’s efforts to stamp out the coronavirus and reboot the economy.

'Lock up the Bidens,' Trump says at US presidential campaign rally...

Investors Diurnal Team - October 17, 2020 0
MACON, GEORGIA (BLOOMBERG) - US President Donald Trump called on Friday night (Oct 16) for Joe Biden and his family to be jailed, escalating his attacks on his Democratic opponent over unsupported accusations as he struggles to reverse his deficit in the polls. "Lock up the Bidens. Lock up Hillary," Trump declared at a rally in Macon, Georgia, stoking the crowd that chanted "lock him up" in favour of the Democratic candidate's imprisonment. "We've learned over the last couple of months: Joe Biden is a corrupt politician," Trump said to his supporters, "and the Biden family is a criminal enterprise." Trump frequently demanded that his 2016 Democratic opponent, Hillary Clinton, be incarcerated over her use of a private email server as secretary of state. It was believed to be the first time he has ever used that sort of attack against the Bidens. The FBI declined in 2016 to recommend charges against Clinton for sending a small number of classified emails through a private server at her New York home. Trailing behind Biden in most opinion polls with the election less than three weeks away, Trump has zeroed in on a New York Post report
World News

Investors Diurnal Team - October 22, 2020 0
WASHINGTON: The United States on Wednesday tightened rules on six more Chinese media organizations, saying that they are propaganda outlets that answer to the state.The fresh move against Chinese media was met with anger in Beijing, which said it would take "necessary" countermeasures, without specifying which US outlets it might target inside its territory.It was the third round of US designations of Chinese outlets as "foreign missions," which requires them to report details on their US-based staff and real estate transactions to the State Department.US Secretary of State Mike Pompeo told a news conference Wednesday that the affected outlets will face no restrictions on their reporting."While free media around the world are beholden to the truth, PRC media are beholden to the CCP," State Department spokeswoman Morgan Ortagus said, referring to the People's Republic of China and the Chinese Communist Party."The United States is publicly recognizing that reality through these designations," she said.The six organizations newly designated as foreign missions are Yicai Global, Jiefang Daily, Xinmin Evening News, Social Sciences in China Press, Beijing Review and Economic Daily.The State Department earlier enforced rules on nine better-known outlets including the Xinhua news agency and China Global Television Network.China has denounced the