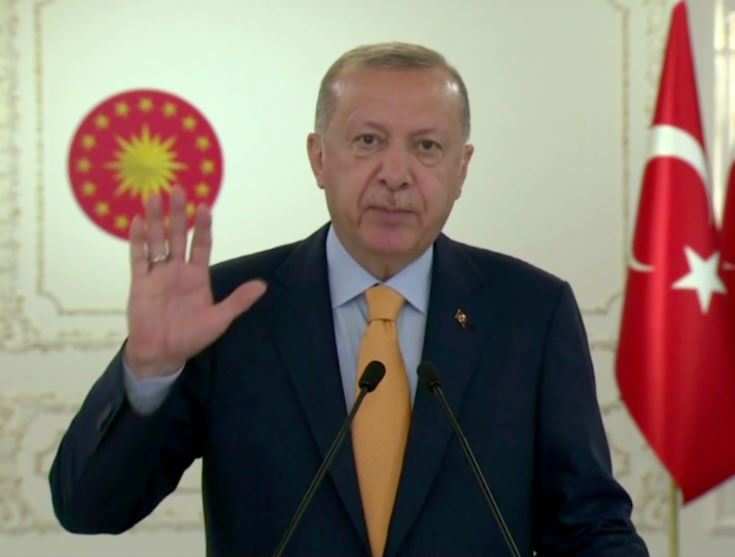 But the question is whether all these moves strengthen Erdogan’s grandiose ambitions or actually undermine them and whether his dream of Turkey acquiring a superpower status is crumbling?

5 questions as Trump and Biden prepare for final debate

Investors Diurnal Team - October 21, 2020 0
BRUSSELS: The European Union took a defiant tone on Wednesday as the standoff over resuming post-Brexit trade negotiations with the United Kingdom intensified, telling London that “you cannot have your cake and eat it too.”European Council President Charles Michel refused to bow to British insistence for the EU to fundamentally change its negotiating stance and cede more to UK demands. Michel said instead that if Britain wants vast access to the 27-member bloc's markets, it will equally have to keep its waters open to EU fishermen, something the UK government has said it doesn't want to do.In a combative display at the European Parliament, Michel said: “Yes, we want to keep access to UK waters for our fishermen. Exactly like the UK, too, want to keep access to our huge and diversified markets for its companies."Britain and the EU have been attempting to strike a new trade deal since the UK left the bloc on Jan. 31.Those talks ground to a halt last week, with each side calling for the other to compromise in order to secure a deal. The EU said it was happy to keep talking, but Johnson said Friday that negotiations were over unless there was a
World News

'No publishing proclamation against Sharif in UK newspapers'

Investors Diurnal Team - October 20, 2020 0
ISLAMABAD: A court in Pakistan on Monday rejected a petition by the federal government seeking the publication of proclamation against deposed prime minister Nawaz Sharif in two newspapers in the UK.Additional attorney general Tariq Mehmood Khokhar submitted a compliance report relating to the publication of proclamation issued in Al-Azizia and Avenfield properties cases against Sharif in Dawn and Jang newspapers.He argued that since 70-year-old Sharif is in England, the proclamation may be published in The Guardian and Daily Telegraph.A division bench of the Islamabad high court (IHC) comprising justice Aamer Farooq and justice Mohsin Akhtar Kayani heard the petition on Monday, Dawn news reported.The paper reported that the court turned down the request with an observation that since the legal requirements of issuance of proclamation had been fulfilled, there was no need to publish the same in British newspapers.Meanwhile, the IHC registrar office wrote a letter to the foreign secretary, asking him to execute/display the proclamation in the vicinity of Sharif's residence in London through the Pakistani high commission in the UK.According to the letter, the proclamation "shall be read out at some conspicuous place of the town in which Nawaz Sharif ordinarily resides in the UK. One copy shall
World News

Investors Diurnal Team - October 16, 2020 0
The WHO said that the Solidarity Therapeutics Trial produced "conclusive evidence" on the effectiveness of repurposed drugs for Covid-19 in record time -- just six months. Interim results from the world's largest randomised control trial on Covid-19 therapeutics have been uploaded as preprint at medRxiv, the WHO said, adding that the results are under review for publication in a medical journal.