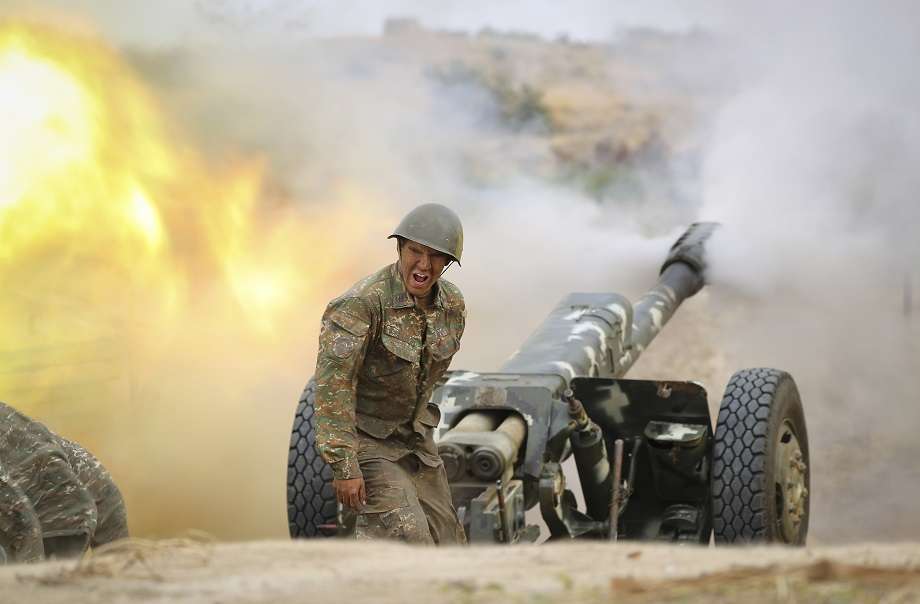 The latest outburst of fighting between Azerbaijani and Armenian forces began September 27 and left hundreds of people dead in the biggest escalation of the decades-old conflict over Nagorno-Karabakh since a separatist war there ended in 1994. The region lies in Azerbaijan but has been under control of ethnic Armenian forces backed by Armenia.

Investors Diurnal Team - October 20, 2020 0
KOMBOLCHA, Ethiopia: Widow-of-ten Marima Wadisha screamed, threw rocks and in her desperation even fired bullets at the locusts that descended on her sorghum fields in northeast Ethiopia.But the insect swarms were so relentless that her entire crop - her family's only source of income - was destroyed."They never left for a week. We are left with an empty harvest, we tie our waist and cry day and night. How can (I) feed ... my children like this," she said, surrounded by five of them as she held a bundle of damaged sorghum.The locust invasion is Ethiopia's worst in 25 years, United Nations food agency FAO says.It has damaged an estimated 200,000 hectares of land there since January, threatening food supplies - a single square kilometre swarm can eat as much food in a day as 35,000 people - and the livelihoods of millions.It is part of a once-in-a-lifetime succession of swarms that have plagued East Africa and the Red Sea region since late 2019, with the coronavirus pandemic exacerbating the crisis this year by disrupting the FAO's supply chain of pesticides and other equipment to fight them off."The biggest challenge now in the region is here, in Ethiopia and we
World News

Investors Diurnal Team - October 18, 2020 0
ZURICH (REUTERS) - Switzerland announced tighter restrictions on Sunday (Oct 18) to tackle the second wave of the coronavirus hitting the country, including a nation-wide obligation to wear masks and a ban on large scale public gatherings. Gatherings of more than 15 people in public places will be banned from Monday and masks must be worn in all indoor public places, the government announced following an extraordinary meeting. An order to wear masks on public transport has been extended to cover train stations, airports, bus and tram stops, the government said, replacing a patchwork of regulations which applied across Switzerland's different regions. The obligation to wear a mask will also apply to shops, banks, churches, and cinemas, the government said. It recommended people work from home if they can. "The Covid-19 infection rate has increased at a very quick rate," Swiss president Simonetta Sommaruga told reporters at a press conference in Bern. "Unlike before it is affecting all cantons and all age groups. "With winter coming it is very important to slow the spread of the virus now. Every day counts." Switzerland, a country of 8.6 million people, on Friday