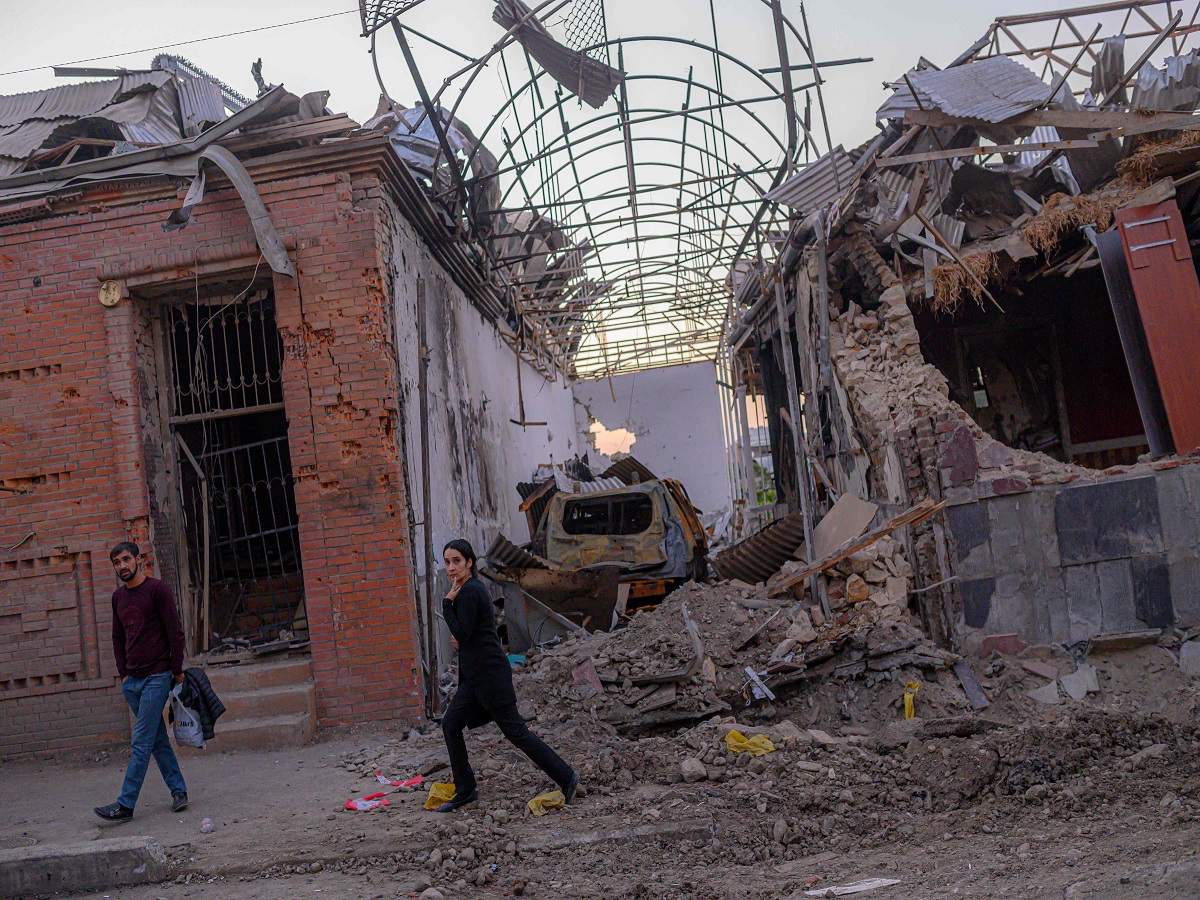 Armenia and Azerbaijan on Friday began their first high-level talks after nearly two weeks of clashes over the disputed Nagorno-Karabakh region.

Annual Global Dignity Day Celebrated With Events Around The World, Championing Dignity As An...

Man Group reports a 4.4% growth in funds under management in Q3

Nobel Literature prize to be awarded after years of tumult

Would have sacked army chief if I was not told about...

Investors Diurnal Team - October 19, 2020 0
PHOENIX (REUTERS) - US President Donald Trump said on Monday (Oct 19) he would test for the coronavirus before the next presidential debate with Democratic candidate Joe Biden this week. "Sure I would have no problem with that," Trump told reporters when he was asked whether he would be tested before Thursday's debate in Nashville. Trump announced on Oct 2 that he had tested positive for Covid-19, and has declined to say when he last tested negative before the previous debate held on Sept 29. Related Stories:
World News

Pfizer says earliest Covid-19 vaccine application to US regulators would be...

Investors Diurnal Team - October 16, 2020 0
BANGALORE/NEW YORK (REUTERS) - Pfizer Inc said on Friday (Oct 16) it might file for US authorisation of the Covid-19 vaccine it is developing with German partner BioNTech in late November, making it unlikely a vaccine will be available before the US election as President Donald Trump has promised. Pfizer said that it could say if the vaccine is effective as soon as this month based on its 40,000-person clinical trial but that it also needs safety data that will not be available until November at the earliest. The Pfizer news, published in a letter from its chief executive on its website, lifted the US stock market and the company's shares. Shares were up slightly in rival vaccine maker Moderna Inc, which is close to Pfizer in its vaccine development. "So let me be clear, assuming positive data, Pfizer will apply for Emergency Authorization Use (EUA) in the US soon after the safety milestone is achieved in the third week of November," Pfizer Chief Executive Albert Bourla said. Trump has said repeatedly that there would be a vaccine available before the election, but health officials and companies had only said that data might be available