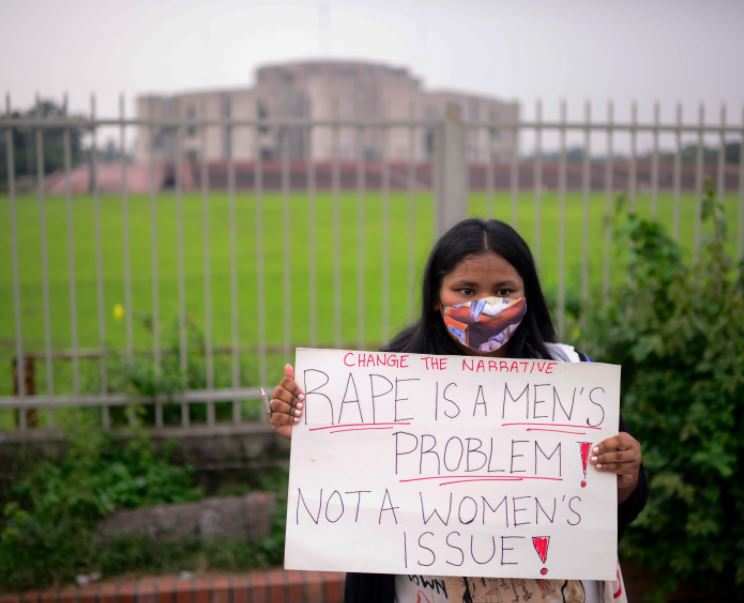 Under the current law, the maximum punishment in rape cases is life imprisonment, except for cases in which the victim dies, when capital punishment is allowed. Law Minister said the president is expected to issue the ordinance on Tuesday.

Bitcoin Cash (BCH) is up 9% on the week, tests key resistance

Investors Diurnal Team - October 10, 2020 0
LONDON (Thomson Reuters Foundation) - The Covid-19 pandemic is set to nearly double the number of people facing starvation this year, but preparing better would help battle such crises in the future, said an official at the World Food Programme, after it won the Nobel Peace Prize on Friday (Oct 9). As the UN food aid agency was rewarded for its efforts to fight hunger and improve conditions for peace in conflict-affected areas, Mr Gernot Laganda said the coronavirus shock had made clear aid cannot keep pace with multiplying threats. "You won't get to zero hunger with humanitarian aid alone," said Mr Laganda, head of climate and disaster risk reduction for the World Food Programme (WFP). "You need two parallel lanes of work: responding to extreme events and helping governments build systems that can manage risks," he told the Thomson Reuters Foundation. As Covid-19 has tested countries' ability to deal with stresses "like never before", growing knowledge of the gaps "is equally relevant in managing the climate emergency", he noted. Today, as hunger grows despite a global goal to eliminate it by 2030, WFP spends about 80 per cent of its money responding to urgent
World News

Investors Diurnal Team - October 20, 2020 0
STOCKHOLM (REUTERS) - Swedish regulators on Tuesday (Oct 20) banned the use of telecoms equipment from China's Huawei and ZTE in its 5G network ahead of the spectrum auction scheduled for next month. The Swedish Post and Telecom Authority (PTS) said the setting of the licence conditions followed assessments by the Swedish Armed Forces and the Swedish Security Service. European governments have been reviewing the role of Chinese companies in building their networks following pressure from the United States, which says they pose a security threat because, among other concerns, Chinese companies and citizens must by law aid the state in intelligence gathering. Britain in July ordered Huawei equipment to be purged completely from its 5G network by 2027, becoming one of the first European countries to do so. Huawei and ZTE did not immediately respond to requests for comment on the decision by Sweden. PTS said companies taking part in the auction must remove Huawei and ZTE gear from existing central functions by Jan 1, 2025. The regulator defined central functions as equipment used to build the radio access network, the transmission network, the core network and the service and