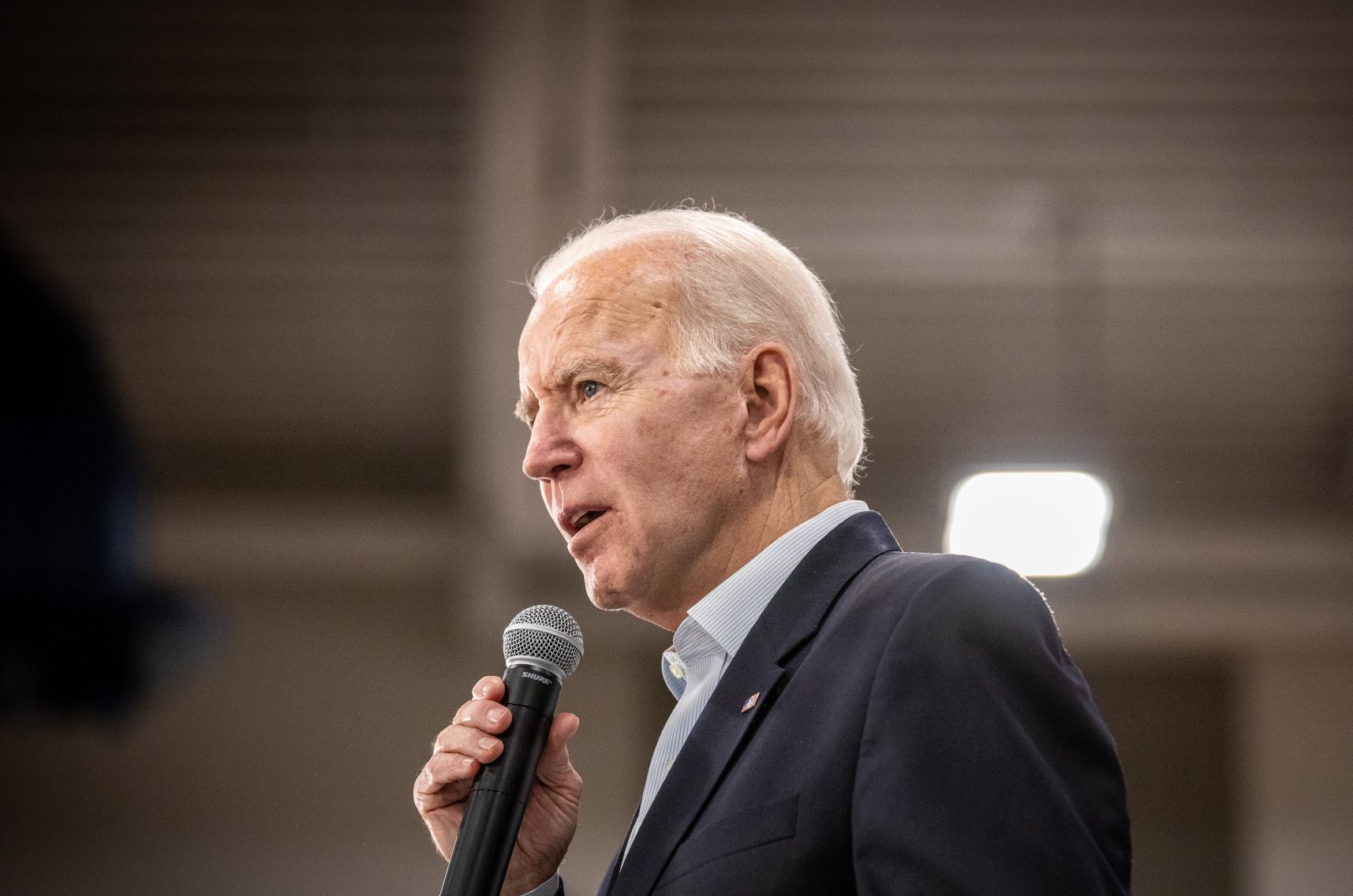 While foreign policy is likely to take a back seat to domestic concerns such as the coronavirus pandemic during the early stages of a future Biden administration, one issue should not: the Iran threat.

During the campaign, President-elect Joe Biden promised to handle Iran “the smart way” and said he would give Tehran “a credible path back to diplomacy.” He also said the U.S. could rejoin the 2015 Iranian nuclear deal “as a starting point for follow-on negotiations” if Iran commits to full compliance.

But top U.S. allies in the Middle East such as Israel and the Gulf states are especially concerned that Biden would return to the same failed strategy on Iran that former President Barack Obama pursued as part of the nuclear deal. Chief among these concerns is that the Islamic Republic could see significant sanctions relief in return for compliance with the nuclear accord. This would give a financially struggling Iran the funds it would need to continue its regional aggression, develop its ballistic missile program, and prepare to ramp up its nuclear program once restrictions from the 2015 deal come to an end.

Yet it is clear that Iran has ended any pretense of adhering to the nuclear deal. According to the latest report by UN inspectors, Iran has 2,440 kilograms of enriched uranium stockpiles, which far exceeds the 300 kilograms allowed under the deal. Experts say that is enough material to produce at least two nuclear weapons. The report said Iran is also enriching uranium to as much as 4.5 percent purity, higher than the limits in the deal. Additionally, Iran has completed the transfer of a cascade of advanced centrifuges from a plant above ground to an underground site, which can protect the plant from aerial attacks.

The nuclear program is just one component of Iran’s goal of regional hegemony, alongside the funding of terror groups throughout the Middle East and activities that foment chaos in Lebanon, Iraq, Syria, and Yemen.

Another example of Tehran’s meddling in regional affairs is the destabilizing role it played in the recently concluded six-week war between Armenia and Azerbaijan, the Caucasus nations which signed a Russian-brokered peace agreement on November 10.

Iran shares borders with both Armenia and Azerbaijan. While Iran and Azerbaijan are Shi’a Muslim-majority countries, Tehran’s behavior exhibited that it consistently sided with Armenia in the recent conflict, and that the mullahs view Azerbaijan more as a threat than an ally.

Reports during the conflict suggested that Iran allowed its airspace and territory to facilitate the transport of military equipment and weaponry to Armenia through its Norduz border point. Iranian Azerbaijanis took to the streets in Iran’s northern provinces to rally against the Islamic Republic’s support for Armenia and the Armenian occupation of the Nagorno-Karabakh territory.

While Iran’s government and religious leaders attempted to play down their support for Armenia, issuing platitudes and statements in support of negotiations and working towards a ceasefire, the Islamic Revolutionary Guard Corps (IRGC) clearly identified Azerbaijan as the instigator of the conflict and as a threat to the Islamic regime in Tehran.

An analysis by Mashregh News, which is closely tied to the IRGC, asserted that Azerbaijan has claims on Iranian Azerbaijani provinces and stated that if Nagorno-Karabakh “is captured by [Azerbaijani President Ilham] Aliyev’s forces and the [takfiri] terrorists sent by [Turkish President Recep Tayyip] Erdoğan, there will be a serious threat to Iran in terms of national security and territorial integrity.”

According to experts, Iran’s pro-Armenian approach is likely based on its foreign policy doctrine of Umm al-qura, or “mother of all Muslim cities.” This doctrine, developed in 1990, claims that if the Iranian regime falls, no one will be left to defend Islam and Shi’a Muslims. Therefore, the doctrine holds that Tehran needs to prioritize its own security and strength no matter the cost. As such, it views the Islamic regime’s survival as more important than the lives of some Muslims, or in this case, Azerbaijani Shi’a Muslims.

While President-elect Biden may be tempted to lift harsh sanctions and renew diplomacy with Iran, it is clear that the Islamic Republic has other intentions — namely regional hegemony through not only the pursuit of nuclear weapons but also through destabilizing other regional conflicts. It would be wise for Biden to take a close look at Iran’s threatening role before reflexively returning the U.S. to the Obama-era policy of appeasing Tehran.

Paul Miller is president and executive director of the news and public-policy group Haym Salomon Center. Follow him on Twitter at @pauliespoint.

Pfizer, Gilead, Ross: What to Watch When the Stock Market Opens Today

Raab says next week will be very significant for Brexit deal

Investors Diurnal Team - November 19, 2020 0
WASHINGTON: A bipartisan resolution recognising the cultural and religious significance of an autonomous Tibet and seeking peaceful solutions to the conflict has been passed by the US House of Representatives.The resolution recognised the significance of the genuine autonomy of Tibet and the Tibetan people, and the work done by 14th Dalai Lama to promote global peace, harmony and understanding.Passed by a voice vote, the resolution determined that it would be beneficial to convene a bipartisan, bicameral forum, either through a Joint Meeting of Congress, a teleconference broadcast at the Capitol Visitor Center, or roundtable, between Members of Congress and His Holiness the Dalai Lama to discuss peaceful solutions to international conflicts.It also noted that there is overwhelming bipartisan Congressional support for the Tibetan people's aspirations for internationally recognised human rights and freedoms and the protection of their distinct religious, cultural, linguistic, and national identity.The resolution said there are over 6,000,000 Tibetans in the world, spanning over 40 countries."Honoured to see the House unanimously passed my resolution recognising the genuine autonomy of Tibet and celebrating the work the Dalai Lama has accomplished. The US must continue to work with allies to secure freedom from oppression for the Tibetan people," Congressman Ted
World News

Investors Diurnal Team - November 25, 2020 0
WELLINGTON: About 100 pilot whales and bottlenose dolphins have died in a mass stranding on the remote Chatham Islands, about 800 km (497 miles) off New Zealand's east coast, officials said on Wednesday.Most of them were stranded during the weekend but rescue efforts have been hampered by the remote location of the island.New Zealand's Department of Conservation (DOC) said in total 97 pilot whales and three dolphins died in the stranding, adding that they were notified of the incident on Sunday."Only 26 of the whales were still alive at this point, the majority of them appearing very weak, and were euthanised due to the rough sea conditions and almost certainty of there being great white sharks in the water which are brought in by a stranding like this," said DOC Biodiversity Ranger Jemma Welch.Mass strandings are reasonably common on the Chatham Islands with up to 1,000 animals dying in a single stranding in 1918.Mass whale strandings have occurred throughout recorded modern history, and why it happens is a question that has puzzled marine biologists for years.In late September, several hundred whales died in shallow waters off the Australian coast in one of the world's biggest mass whale strandings.
World News

Investors Diurnal Team - November 19, 2020 0
A Covid-19 vaccine developed by a state-owned Chinese pharmaceutical firm has been administered to about a million people under the government's emergency use scheme, the company's chairman said. ​​“In terms of emergency use, the vaccines were applied to nearly a million people and there has not been a single case of a serious adverse event," the chairman Liu Jingzhen said.