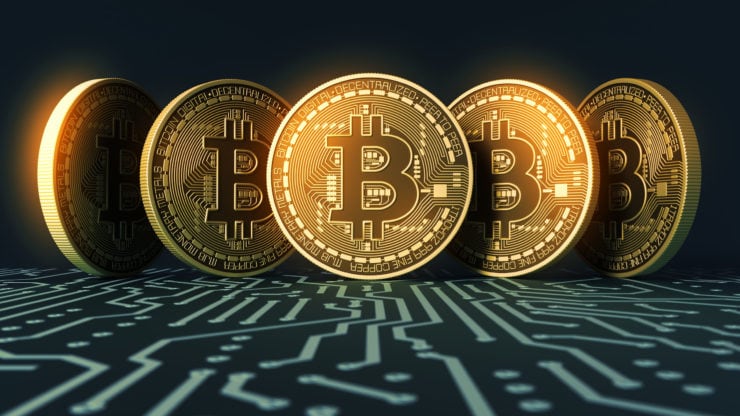 Bitcoin (BTC) price has extended its impressive bull run today to print $14,999 for the first time since January 2018.

Investors are betting that Joe Biden’s likely win will result in a huge stimulus package for the embattled U.S. economy. This morning, the Bank of England (BoE) increased its already huge QE plan by 150 billion pounds ($196 billion).

Paul Krugman, an American Nobel Prize-winning economist, said that the United States is in a need of a massive stimulus package to help the economy survive.

“We’re still 11 million jobs down from where we were before this thing hit and all of those people are without wages, state local governments are in extreme financial distress, thousands of businesses — maybe hundreds of thousands — are on the verge of collapse.”

In theory, a multi-trillion stimulus plan will further weaken the dollar, which should be supportive of other currencies, including Bitcoin. The dollar index (DXY) is on the way today to post the biggest single decline since March.

“We may not know what a post-election stimulus may look like, but investors continue to believe that the U.S. Federal Reserve will keep printing money at a pace that favors bitcoin’s finite supply,” John Kramer from GSR said.

Bitcoin (BTC) price logged $14,999 today to mark the highest level printed since January 2018 and a correction from all-time highs. The price action now trades comfortably above the nearest support – the old resistance – at $14,200.

Any pullback to the lower purple zone is likely to be seen as an opportunity to buy Bitcoin. This is because the world’s largest digital asset now trades clearly in breakout territory. Unless a huge correction takes place soon, the BTC buyers are likely to target the next resistance zone at $16,200 as their next stop.

A Joe Biden win is likely to result in a multi-trillion relief package approved by the Senate to help the troubled economy, ultimately supporting other currencies against the weakening dollar.

Moderna’s Covid vaccine: What you need to know

Pak's FATF future seems grim with its involvement in Afghanistan

Investors Diurnal Team - November 18, 2020 0
Bitcoin made headlines after rising to a new yearly high of $18,500 on Wednesday, November 18th. As market participants appear to be entering a state of FOMO, on-chain data reveals that there is more room to go up before a correction materialises.  The crowd goes wild as Bitcoin surges to new yearly highs Bitcoin captured the market’s attention following the impressive bull run it has seen over the past few weeks. The flagship cryptocurrency has risen more than 40% since November 3rd while buying pressure continues to build up behind it. The steady upward price action has not gone unnoticed. The number of BTC-related mentions on different social media networks went through the roof as prices breached the $18,000 mark. LunarCRUSH registered a massive spike in the social engagement activity around Bitcoin. Nearly 1.16 million engagements were recorded over the past 24 hours, representing a 315% increase in the last four days.  More importantly, approximately 68% of all the social interactions have been bullish about the pioneer cryptocurrency. These include favorites, likes, comments, replies, retweets, quotes, and shares, to name a few. The rising chatter around Bitcoin is a concerning sign from a counter sentiment perspective. Usually, when
Bitcoin

Investors Diurnal Team - December 1, 2020 0
Bitcoin (BTC) price touched an all-time high on Monday to continue its impressive rally this year thanks to a surge in demand from retail and institutional investors. Fundamental analysis: Increase in institutional demand The world’s largest cryptocurrency surged over 170% year-to-date, boosted by an increase in demand for safe-haven assets as a result of unprecedented fiscal and monetary stimulus from central banks around the world, and thanks to its appeal as a hedge against inflation. “Bitcoin is a natural safe haven for those seeking shelter from rapidly increasing central bank money printing and the inflation that everyone agrees is already increasing,” said Sergey Nazarov, founder of decentralized platform Chainlink. Christopher Bendiksen, head researcher at CoinShares, said elevated interest among corporate and institutional investors were also one of the factors that boosted Bitcoin’s rally. “While circumstantial, price action really started picking up speed when the U.S. woke up this morning, which could reflect buying pressure from retail-oriented platforms such as Square’s CashApp, Robinhood and PayPal,” said Bendiksen. The Bitcoin market has seen significant progress since 2017 as it now boasts a well-performing derivatives market and custody services by notable financial companies.  Technical analysis: New all-time high Bitcoin price surged to
Bitcoin

Investors Diurnal Team - November 18, 2020 0
Bitcoin’s price climbed to $18,483, its highest mark since December 20, 2017 BTC buyers look determined to post a new all-time high above the $20,000 mark Ethereum and Ripple have so far struggled to keep up with Bitcoin pace Bitcoin (BTC) and Ethereum (ETH) prices have extended their gains today to push the cryptocurrency market capitalization over $500 billion.  A major push higher The top cryptocurrency advanced around 150% year-to-date and is up around 360% from its March levels after the coronavirus outbreak. Are you looking for fast-news, hot-tips and market analysis? Sign-up for the Invezz newsletter, today. “Driven by a mix of market structure and strong fundamentals, bitcoin could now be within days of reaching its all-time high,” said Nicholas Pelecanos, chief of trading at NEM. “Underlying this bullish price action is the inflation hedge narrative that has captured Wall Street since the immense money printing campaigns undertaken by the Fed earlier this year,” Pelecanos added. Bitcoin’s uptrend this year was driven by strong demand for riskier assets as a result of unparalleled stimulus measures by governments and central banks around the world to ease the effects of the coronavirus pandemic.  According to analysts, investors