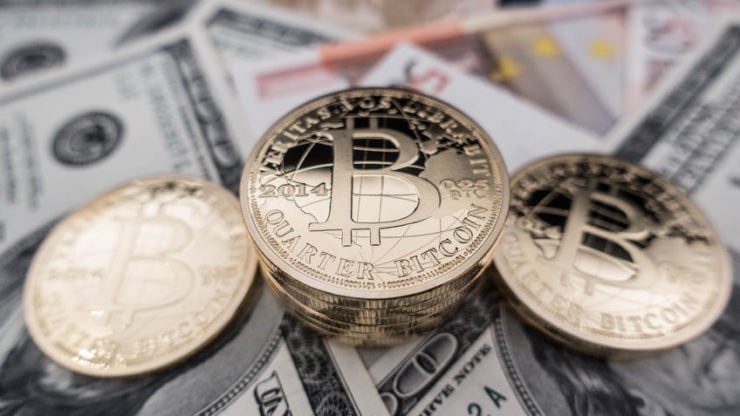 Bitcoin (BTC) price is trading around 0.4% lower today as the buyers show signs of exhaustion near the record highs.

A weaker Bitcoin supply might be one of the key drivers behind Bitcoin’s recent rally. Some analysts believe that China’s miners may be selling Bitcoins amid regulatory crackdown on local exchanges.

“The lack of supply has fed extremely well to the trendiness of this rally, without any of the large sell-downs typical of miner activity in the past,” crypto-asset trading firm QCP Capital from Singapore said.

On the other hand, some of the most prominent Bitcoin buyers and investors are hoping that the most recent rally is just a beginning. Mike Novogratz, a prominent Bitcoin investor and the CEO of a cryptocurrency investment firm Galaxy Investment Partners will rise in the future as it is seen as a store of value.

According to him, the current rally is more sustainable as it is driven by institutional investors who could eventually push the price of the world’s largest digital asset to $60,000 in a year’s time.

Novogratz adds  that Bitcoin has “hit escape velocity,” as safe-haven investors see it as a store of value. Moreover, Bitcoin is benefiting from massive stimulus plans deployed around the globe that are diminishing the value of traditional currencies.

Bitcoin price recorded the best week in seven months after closing 15.40% higher. This also marks the seventh consecutive close higher on a weekly basis that has seen the world’s largest cryptocurrency nearly double its value in just over 2 months.

Some analysts believe that weaker Bitcoin supply is one of the main factors behind the recent price rally. On the other hand, a Bitcoin bull Michael Novogratz says that BTC could hit $60,000 by the end of 2021.

The post Bitcoin (BTC) price may pull back to $16,600 before continuing higher appeared first on Invezz.

WHO sees progressive control of Covid-19 in 2021, cautions on Christmas

TV advertising needs to move a lot faster to fix its targeting problems, because...

The Global Immunoprotein Diagnostic Testing Market is expected to grow by $ 5.56 bn...

Investors Diurnal Team - November 27, 2020 0
Bitcoin (BTC) price rose to the highest mark in nearly three years on Wednesday before correcting lower on Thanksgiving to erase previously weekly gains. Fundamental analysis: New record highs eyed Crypto investors witnessed a strong move higher in Bitcoin price thanks to being perceived as a safe-haven against inflation and driven by expectations of mainstream adoption. Are you looking for fast-news, hot-tips and market analysis? Sign-up for the Invezz newsletter, today. The world’s biggest cryptocurrency advanced around 150% year-to-date and is up around 360% from its March levels after the coronavirus outbreak. “Driven by a mix of market structure and strong fundamentals, bitcoin could now be within days of reaching its all-time high,” said Nicholas Pelecanos, chief of trading at NEM. “Underlying this bullish price action is the inflation hedge narrative that has captured Wall Street since the immense money printing campaigns undertaken by the Fed earlier this year,” Pelecanos added. Bitcoin’s uptrend this year was driven by strong demand for riskier assets as a result of unparalleled stimulus measures by governments and central banks around the world to ease the effects of the coronavirus pandemic.  According to analysts, investors including family offices have seen Bitcoin
Bitcoin

Investors Diurnal Team - November 5, 2020 0
Bitcoin (BTC) price has extended its impressive bull run today to print $14,999 for the first time since January 2018.  Fundamental analysis: Weak dollar helps Bitcoin Investors are betting that Joe Biden’s likely win will result in a huge stimulus package for the embattled U.S. economy. This morning, the Bank of England (BoE) increased its already huge QE plan by 150 billion pounds ($196 billion). Paul Krugman, an American Nobel Prize-winning economist, said that the United States is in a need of a massive stimulus package to help the economy survive.  “A lot of people are going to be out of work, a lot of businesses are going to be stressed. We need to just make life tolerable for them,” he said.“We’re still 11 million jobs down from where we were before this thing hit and all of those people are without wages, state local governments are in extreme financial distress, thousands of businesses — maybe hundreds of thousands — are on the verge of collapse.” In theory, a multi-trillion stimulus plan will further weaken the dollar, which should be supportive of other currencies, including Bitcoin. The dollar index (DXY) is on the way today to post the biggest
Bitcoin

Investors Diurnal Team - November 18, 2020 0
Bitcoin made headlines after rising to a new yearly high of $18,500 on Wednesday, November 18th. As market participants appear to be entering a state of FOMO, on-chain data reveals that there is more room to go up before a correction materialises.  The crowd goes wild as Bitcoin surges to new yearly highs Bitcoin captured the market’s attention following the impressive bull run it has seen over the past few weeks. The flagship cryptocurrency has risen more than 40% since November 3rd while buying pressure continues to build up behind it. The steady upward price action has not gone unnoticed. The number of BTC-related mentions on different social media networks went through the roof as prices breached the $18,000 mark. LunarCRUSH registered a massive spike in the social engagement activity around Bitcoin. Nearly 1.16 million engagements were recorded over the past 24 hours, representing a 315% increase in the last four days.  More importantly, approximately 68% of all the social interactions have been bullish about the pioneer cryptocurrency. These include favorites, likes, comments, replies, retweets, quotes, and shares, to name a few. The rising chatter around Bitcoin is a concerning sign from a counter sentiment perspective. Usually, when