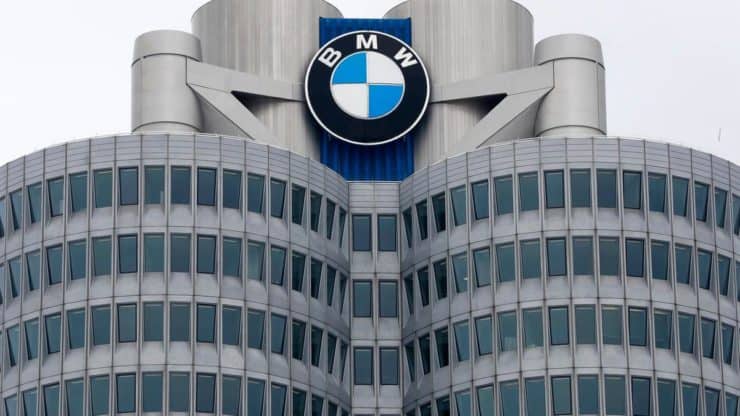 Fundamental analysis: Commitment to increase EV production to 20% by 2023

BMW said on Sunday it plans to significantly scale up its production of electric vehicles by 2023.

“We are significantly increasing the number of electric vehicles. Between 2021 and 2023, we will build a quarter of a million more electric cars than originally planned,” said Oliver Zipse, chief executive of BMW.

The carmaker said 8% of the vehicles it produced this year were electric. By 2023, that figure is expected to jump to about 20%, BMW said.

BMW UK is reportedly utilizing vehicle detection technology to make personalized warranty ads in an effort to make its current owners think about upgrading to a newer model.

“15 thousand private and about 13 hundred public charging points would have to be put into operation every week as of today. Unfortunately, we are a long way from that,” Zipse said.

Last month, BMW reported an increase of 10% in its Q3 profit, jumping to £2.21 billion. The automaker said the 8.6% growth in year-over-year sales of luxury cars was the main contributor behind its robust profit results.

BMW stock price opened almost 2% higher on Monday but lost almost all of these gains by the end of the session. The carmaker’s stock is sitting at nearly the identical level it was trading at the start of 2020.

Shares are now trading at 73.18 EUR, or -0.42% on the day. Last month, BMW share price exploded nearly 25% to record one of the strongest months lately. A major target for the buyers looking higher is located at 78.74 EUR, where the 100-MMA is located.

BMW announced its plan to boost the production of electric vehicles to around 20% by 2023. In the meantime, the price action is consolidating after making impressive gains in November.

Amazon to spend $2 billion on affordable housing in three regions

Investors Diurnal Team - December 28, 2020 0
Shares of Beyond Meat (NASDAQ: BYND) closed 5.62% lower last week as the price action struggles to recover from a sharp selloff that started in October. Fundamental analysis: Industry challenges to remain The plant-based meat industry has seen growth in demand and even though it is expected to keep rising, analysts believe the industry still has to face certain obstacles in some parts of the world. Are you looking for fast-news, hot-tips and market analysis? Sign-up for the Invezz newsletter, today. Data by Google Trends showed that search interest for “plant-based meat” has significantly surged last year, prior to Beyond Meat’s IPO. The plant-based meat industry is worth roughly $20.7 billion and is expected to reach $23.2 billion by 2024, market research firm Euromonitor said. Some of the factors that have been driving the industry’s growth include concerns over animal welfare, coronavirus pandemic and food security.  “In this era of shocks and instability, building a low-risk value chain means focusing on where the opportunities are, and the shift towards plant-based meat shows no signs of slowing down,” said Elaine Siu, managing director of The Good Food Institute Asia Pacific. Simon Powell, global chief of thematic research at Jefferies
features

Investors Diurnal Team - January 16, 2021 0
S&P 500 price closed the week nearly 1.5% lower to record the biggest weekly pullback since October. On the other hand, Goldman Sachs warns that stocks and bond markets could see a short-term pullback, after hitting record highs a week earlier.  Fundamental analysis: Extreme valuation The stock market in the United States had a bullish start at the start of the year amid the ongoing second wave of the coronavirus pandemic.  Are you looking for fast-news, hot-tips and market analysis? Sign-up for the Invezz newsletter, today. U.S. equities hit new peaks, with the S&P 500 and Dow Jones Industrial Average surging almost 70% and the Nasdaq climbing over 80% since the coronavirus outbreak in March last year. Jan Hatzius, head economist at Goldman Sachs, said the U.S. stocks might lose their momentum in the near term. The pullback might prove to be a product of a reiterated focus on the Federal Reserve which may diminish its stimulus program, as well as the expected back-up in long-term interest rates. The 10-year U.S. Treasury yield burst through the 1% mark last week after Democrats triumphed in the runoff elections and after Biden’s victory in the presidential election has been confirmed by the Congress. The yield climbed 1.18% on Tuesday. Treasury yields serve as a benchmark that tracks global bonds, which means that businesses will see the interest rate upon a surge in debt. In other words, companies might have to pay more for the debt, weighing
Chainlink

Investors Diurnal Team - January 4, 2021 0
Chainlink (LINK) price recorded losses of over 21% in December but it has already managed to erase these losses in the first three days of trading in January.  Fundamental analysis: Utilization on Matic apps Chainlink published a new report on how its oracles can be utilized in Matic Defi applications. The article also covers how Chainlink’s price feeds can be used to help applications get access to tamper-proof and premium data, which is resistant to flash loan attacks and other oracle exploits.  Are you looking for fast-news, hot-tips and market analysis? Sign-up for the Invezz newsletter, today. Matic Network offers a powerful platform that is expected to boost mass adoption when it comes to DeFi applications. After its launch earlier this year, the network’s robust infrastructure helped it become a popular layer 2 solution. Moreover, Chainlink also gained significant exposure as the number one choice oracle network for decentralized finance protocols.  Its price feeds represent the top quality in-production solution for DeFi protocols that prevent exploits and attacks. Developers who want to use Chainlink oracles and price feeds on the Matic Network are required to link their MetaMask wallet to the Matic Mumbai testnet. This way, developers are also able