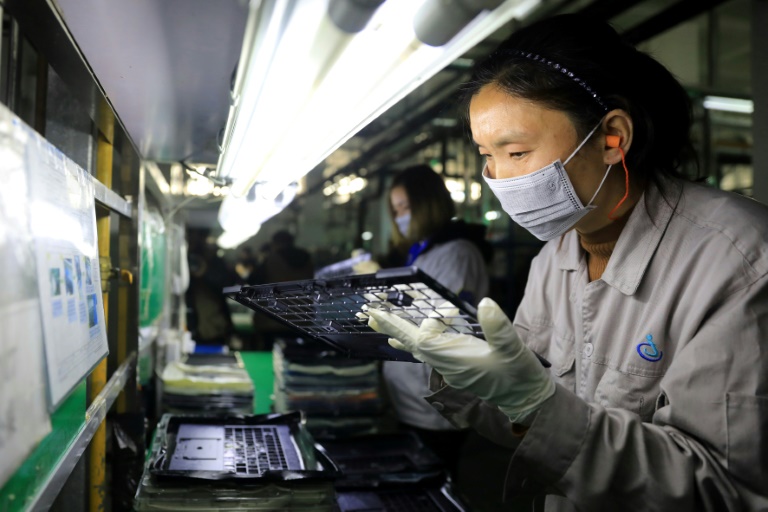 BEIJING – China has passed a new law restricting sensitive exports to protect national security, a move that adds to policy tools it could wield against the US as tensions — especially in technology — continue to rise.

The law, which China’s top legislature passed on Saturday, comes into effect on December 1 and allows Beijing to “take reciprocal measures” against countries that abuse export controls and pose a threat to national security.

Technical data related to items covered will also be subject to export controls, according to the published text of the law.

The new law, “formulated to safeguard national security and interests”, adds to China’s regulatory toolkit which also involves a restriction catalogue of tech exports and an unreliable entity list.

“Where any country or region abuses export control measures to endanger the national security and interests of the People’s Republic of China, (it) may take reciprocal measures,” the law states.

It adds that Chinese authorities will formulate and adjust an export control list of items to be published in a “timely manner”.

The economic relationship between Beijing and Washington has been roiled by Trump’s unprecedented campaign of tariffs, threats of bans and sanctions on Chinese tech firms.

With Trump facing a tough re-election campaign ahead of polls next month, US officials have described measures against China as national security safeguards — prompting a backlash from Beijing.

In September, China launched a long-expected “unreliable entities list”, widely seen as a weapon to retaliate against the US which has used its own “entity list” to shut Huawei out of the US market.

The month before that, China’s commerce ministry stepped up rules on technologies restricted for export, adding “civilian use” to the list.

PML-N has 'broken the shackles of fear': Maryam Nawaz

Investors Diurnal Team - October 2, 2020 0
Ms Kornnikar says short, creative videos help brands increase impulse buying and engage with customers. Thais found an outlet for their boredom during the lockdown. In Thailand, the pandemic has almost doubled the number of TikTok users to 15 million compared with 8 million last year, according to Media Intelligence, a media planning and creative agency. "During the lockdown, we saw growth in our user numbers and time spent along with a massive rise in advertisements, as Thai people are fun and creative by nature," Kornnikar Niwatsaiwong, Thailand head of client partnership at TikTok, told the Bangkok Post. Average time spent on TikTok has surged to 61 minutes a day, compared with 35 minutes before the outbreak. Popular content encompasses comedy, talent shows, food and drink, travel, basic dance, fashion and beauty, and education. After the outbreak eased in the country, people aged 18-34 accounted for 60% of total TikTok users, up from 50% before the pandemic. "The rise was mainly from those aged 25-34, who
Tech

In the shadow of TikTok, China's apps quietly hoover up downloads