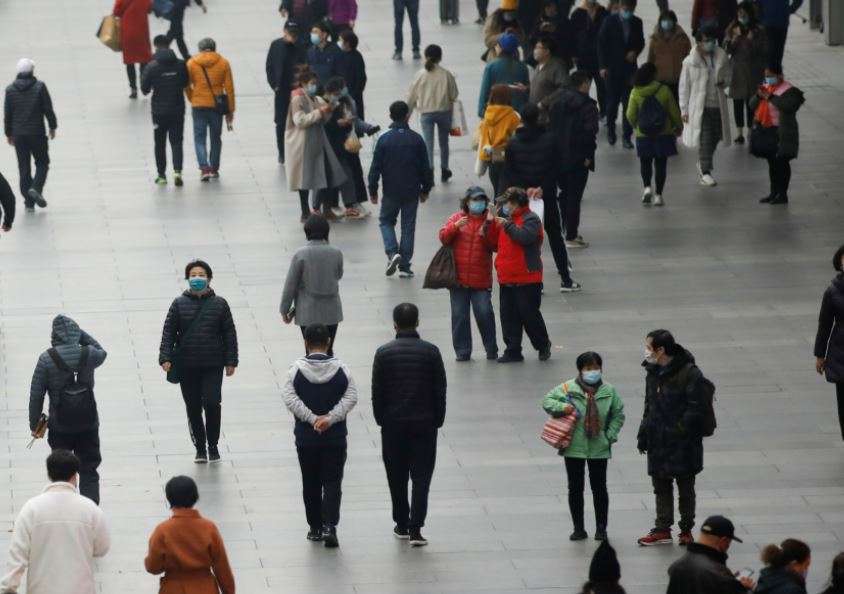 China has made its unproven candidates widely available to demonstrate their safety and effectiveness. Government officials and pharmaceutical executives speak proudly of being inoculated. The campaign has succeeded, perhaps too well.

Why commercial ties between Taiwan and China are beginning to fray

Uber and Lyft's Victory Lap May Be Fleeting

Investors Diurnal Team - November 28, 2020 0
TEHERAN (BLOOMBERG) - Iran accused Israel and the United States of being behind the assassination of one of its top nuclear scientists on Friday (Nov 27) and vowed revenge, sharply escalating tensions in the Persian Gulf in the final weeks of Donald Trump's presidency. Mohsen Fakhrizadeh was the head of research and innovation at Iran's Ministry of Defence and widely seen as having a major role in the country's nuclear programme. He was killed close to the Damavand campus of Islamic Azad University, about 60km east of central Teheran, the semi-official Tasnim news reported. "Terrorists murdered an eminent Iranian scientist today. This cowardice - with serious indications of Israeli role - shows desperate warmongering of perpetrators," Iranian Foreign Minister Mohammad Javad Zarif said in a tweet, without offering any evidence for Israel's involvement. Iran's army said the US also bore responsibility, according to the Iranian Labour News Agency. The Minister of Defence, Amir Hatami, told state TV the killing was "clearly linked" to the US assassination of General Qassem Soleimani by drone in January. The office of Israeli Prime Minister Benjamin Netanyahu declined to comment, as did officials at the Pentagon. The Central Intelligence Agency
World News

Investors Diurnal Team - November 17, 2020 0
The Democrats dismiss any mention of the innumerable irregularities that tainted the general election as little more than crackpot conspiracy theories. This is a convenient way to avoid addressing serious questions raised by serious observers, but it will further undermine confidence in key institutions that form the foundation upon which the republic stands. Public trust in government, media, and even science was already declining before Election Day. This trend will dramatically accelerate if Americans don’t get answers to questions such as the following: Why would the voters deliver the Democrats a comprehensive down-ballot drubbing yet hand the White House to the worst presidential candidate in living memory? The only bellwether county out of the 19 that Biden won is located in Washington state, which long ago went to all mail-in ballots and one-party rule. We are expected to believe that this is a coincidence. The last time a Democrat “won” the presidency while his party sustained a double-digit loss in the House was in 1960, during an election tainted by probable vote fraud in Illinois and Texas. Still, we’re expected to believe that Joe Biden achieved the same feat in 2020 with no skulduggery? Moreover, as
World News

Investors Diurnal Team - November 16, 2020 0
GENEVA: The head of the World Health Organization said Monday that a vaccine would not by itself stop the coronavirus pandemic.The pandemic is raging months after it broke out, with infections soaring past 54 million and claiming more than 1.3 million lives."A vaccine will complement the other tools we have, not replace them," director-general Tedros Adhanom Ghebreyesus said. "A vaccine on its own will not end the pandemic."The WHO's figures for Saturday showed that 660,905 coronavirus cases were reported to the UN health agency, setting a new high water mark.That number, and the 645,410 registered on Friday, surpassed the previous daily record high of 614,013 recorded on November 7.Tedros said that supplies of the vaccine would initially be restricted, with "health workers, older people and other at-risk populations (to) be prioritised. That will hopefully reduce the number of deaths and enable the health systems to cope."But he warned: "That will still leave the virus with a lot of room to move. Surveillance will need to continue, people will still need to be tested, isolated and cared for, contacts will still need to be traced... and individuals will still need to be cared for."Watch Covid-19 vaccine will not be enough to