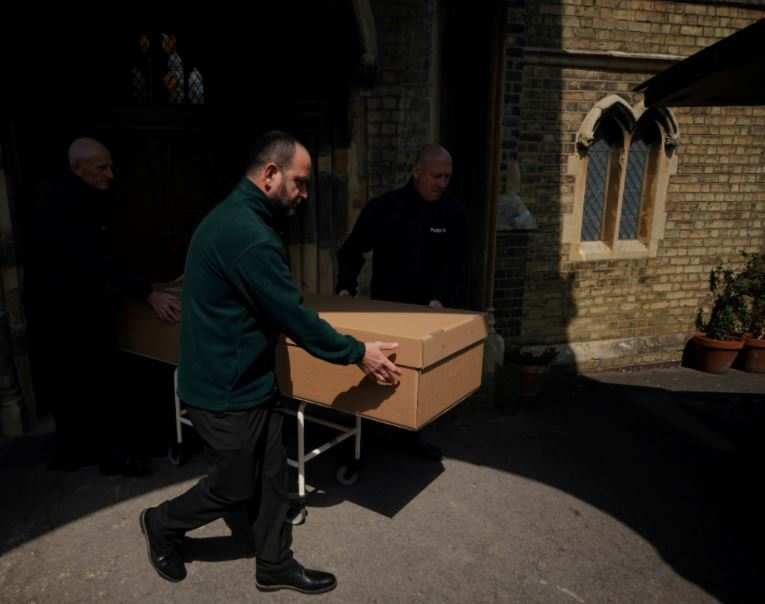 Looking at the period from mid-February through May 2020, researchers reported 206,000 more deaths than would have been expected without the pandemic.

Man stabbed in the throat in Paris suburb, suspect shot by police

A teacher, his killer & the failure of French integration

Investors Diurnal Team - October 26, 2020 0
ÉVREUX, France: They could have easily shared the same classroom — the immigrant teenager and the veteran teacher known for his commitment to instilling the nation’s ideals, in a relationship that had turned waves of newcomers into French citizens.But Abdoullakh Anzorov, 18, who grew up in France from age 6 and was the product of its public schools, rejected those principles in a horrific crime that shocked and enraged France. Offended by cartoons of the Prophet Muhammad shown in a class on free speech given by the teacher, Samuel Paty, 47, the teenager beheaded him a week ago with a long knife before being gunned down by police.France has paid national homage to Paty because the killing was seen as an attack on the very foundation — the teacher, the public school — of French citizenship. In the anger sweeping the nation, French leaders have promised to redouble their defense of a public educational system that plays an essential role in shaping national identity.The killing has underscored the increasing challenges to that system as France grows more racially and ethnically diverse. Two or three generations of newcomers have now struggled to integrate into French society, the political establishment agrees.But the
World News

Investors Diurnal Team - October 20, 2020 0
WASHINGTON (REUTERS) - Thursday’s debate (Oct 22) between President Donald Trump and Democratic challenger Joe Biden will feature a mute button to allow each candidate to speak uninterrupted, organisers said on Monday, in a bid to avoid the disruptions that marred the first match-up. The Presidential Commission on Debates said each candidate’s microphone would be silenced to allow the other to make two minutes of opening remarks at the beginning of each 15-minute segment of the debate. Both microphones will be turned on to allow a back-and-forth after that time. The news came the day the number of Americans voting early ahead of Election Day on Nov 3 crossed the 30 million mark and as Trump tries to reframe a contest in which national and state opinion polls show him trailing. Trump repeatedly interrupted Biden during a chaotic and ill-tempered debate on Sept 29, and Biden responded with insults. Trump backed out of a second scheduled debate set for last Thursday over a disagreement about the virtual format following his Covid-19 infection. At that time, he raised concerns about having his microphone muted. “You sit behind a computer and do a debate – it’s ridiculous, and then