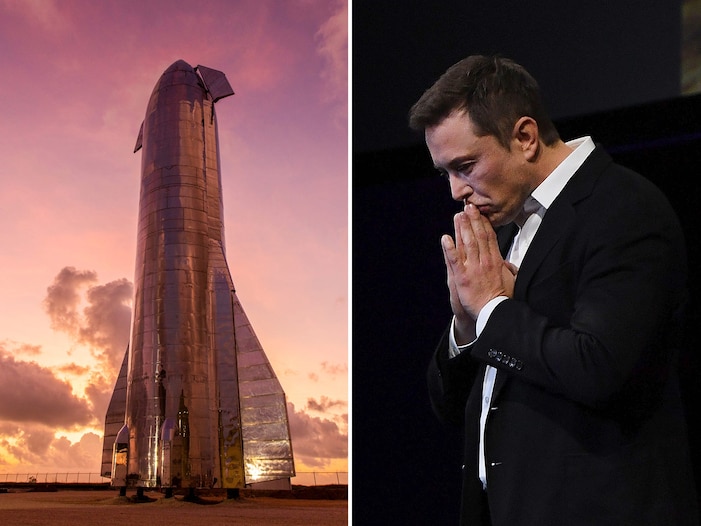 SpaceX founder and CEO Elon Musk said Tuesday he believes the company could land humans on Mars in 2026 — four years later than he previously hoped.

In an interview with Mathias Döpfner, CEO of German publishing house Axel Springer, on Tuesday, Musk said he was “highly confident” that a crewed mission of SpaceX’s Starship rocket could land on Mars in 2026.

“If we get lucky, maybe four years,” Musk said. “We want to send an uncrewed vehicle there in two years.”

In 2017, Musk said his “aspirational” timeline was for SpaceX to send cargo ships to Mars in 2022, followed by a crewed mission two years later. At a virtual conference in October, Musk also said that SpaceX had a “fighting chance” of sending its Starship rocket to Mars in 2024, but emphasized that the date was only a “guess.”

The timing of the mission, he told Döpfner, is dependent on the synchronization of Earth and Mars, which happens every 26 months.

“We had one this year in the summer,” he said. “That means roughly in two years there’ll be another one, then two years after that.”

Building a city on Mars

He told Döpfner that he could make his own first trip to orbit in “possibly two or three years.”

The Tesla and SpaceX CEO said his main focus is to ensure the technology is in place to allow “a lot of people to go to Mars and make life interplanetary, and to have a base on the moon.”

“I think it’s important that we aspire to have a self-sustaining city on Mars as soon as possible,” Musk said. 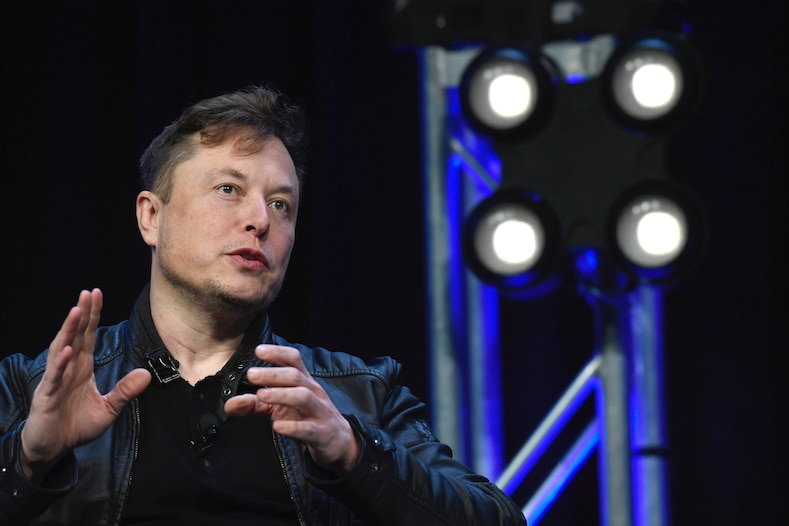 Though his timeline has wavered, Musk has long held the goal of sending humans to Mars in the near future.

“If things go super well,” landing people on Mars “might be kind of in the 10-year timeframe,” he said at the International Astronautical Congress in September 2016.

Read more: SpaceX may shell out billions to outsource Starlink satellite-dish production, an industry insider says — and lose up to $2,000 on each one it sells

Musk tweeted on Sunday that a prototype of SpaceX’s Starship will undergo its first high-altitude test as early as Wednesday. Starship is a fully reusable vehicle designed to hold as many as 100 passengers and carry heavy payloads.

But according to a road closure notice issued for the aerospace company’s launch site in southern Texas, that flight date has changed to December 7 between 9 a.m. and 6:30 p.m. ET.

Musk said there was a lot that could go wrong, and gave the spacecraft a one-in-three chance of returning to Earth in one piece.

SPACs are so hot even Jay-Z is partnering with one. He's set to be...

Investors Diurnal Team - July 24, 2020 0
TROY, Mich., July 24, 2020 /PRNewswire-PRWeb/ -- Inspired by the ceremonies namesake, Florence Nightingale, committee members carried on the 32 year tradition by providing an innovative virtual mixer and live stream ceremony that applauds the dedication and commitment of outstanding nursing professionals who actively shape the future healthcare. This year, AmeriCare Medical, Inc. partnered with Oakland University as a scholarship sponsor for Post Acute Care and Specialty Nursing with Paula Lavesque from Beaumont Health Systems taking home the prestigious nursing award. "The award night event proved to be like no other, along with the virtual setting, it is the 200th Anniversary of Florence Nightingale's birth year and the World Health Organization designated 2020 as the Year of the Nurse," stated Greg Jamian, CEO of AmeriCare Medical, Inc., and board member of the Oakland University School of Nursing. "Now more than ever, we are proud and honored to once again continue our partnership with Oakland University to recognize nursing leaders who integrate life-long learning, skills and values into their professional practice within our community." AmeriCare's company, AmeriStaff Nursing Services has been an exemplary employer of the nursing fields, and currently employs over 300 nurses to businesses, hospitals, governments and assisted care facilities throughout Michigan. Two thirds of AmeriStaff's Nursing Management Team are alumni of the Oakland University's School of Nursing. There were eleven Nightingale award winners and another eleven runner-ups that received scholarships or recognition for exceptional service. For over three decades, this has been a night to acknowledge and strengthen the entire southeastern Michigan nursing community. Since 1980, AmeriCare Medical, Inc. has provided integrated health care services to hospitals, assisted care facilities and private homes throughout Michigan. AmeriCare Medical, Inc. is the parent company of AmeriStaff Nursing Services, Sun Medical Equipment and Rx iV Pharmacy, making it a one stop shop for patients and all of their home care needs. For more information visit: https://www.americaremedical.com# # # #   SOURCE AmeriCare MedicalInc.
Markets