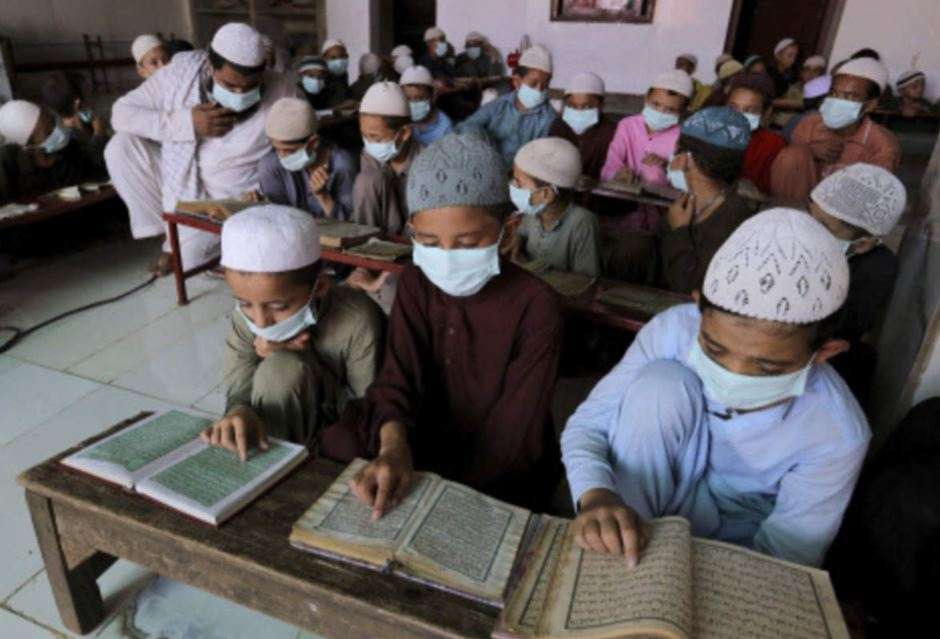 The US could plunge into a double-dip recession without timely stimulus, 'Dr. Doom' economist...

Invisalign maker Align surges 26% after reporting a boom in 3rd-quarter sales driven by...

Investors Diurnal Team - October 24, 2020 0
WASHINGTON: President Donald Trump will vote in his adopted home of Florida before holding campaign rallies in three swing states on Saturday, joining more than 53 million Americans who have cast early ballots at a record-setting pace ahead of the Nov. 3 election.Trump will vote in person in West Palm Beach, near his Mar-a-Lago estate, after switching his permanent residence and voter registration last year from New York to Florida, a must-win battleground for his re-election bid.Democratic rival Joe Biden and his wife Jill also will hit the campaign trail, traveling to the vital battleground of Pennsylvania for two events on Saturday. Former President Barack Obama will campaign in Florida, making his second campaign-trail appearance on behalf of his former vice president after a stop in Pennsylvania on Wednesday.With 10 days to go in the campaign, about 53.5 million Americans already have cast early ballots, a pace that could lead to the highest voter turnout in more than a century, according to data from the US Elections Project.The rush to vote is a sign of the intense interest in the contest between Trump and Biden, as well as concerns about avoiding crowded polling places on Election Day and reducing the
World News

Investors Diurnal Team - October 20, 2020 0
LAHORE: Pakistan Muslim League-Nawaz (PML-N) chief and Opposition Leader in the National Assembly Shehbaz Sharif was sent to jail on Tuesday in a money laundering case.Shehbaz, the younger brother of three-time former prime minister Nawaz Sharif, was arrested by the National Accountability Bureau (NAB) on September 28 after a court here rejected his bail application in the Rs 700 crores money laundering case.Next day, the 69-year-old former chief minister of Punjab province was sent on a physical remand by an accountability court.On Tuesday, an accountability court of Lahore rejected the NAB's plea seeking further extension to his physical remand.Shehbaz told the court that NAB didn't ask any questions about money laundering during his three weeks detention.Talking to reporters, Shehbaz criticised the Imran Khan government for arresting Mohammad Safdar, son-in-law of Nawaz Sharif, for raising slogans in giving respect to the ballot.Safdar was on Monday briefly arrested from his hotel room in Karachi, a day after he staged a protest at the tomb of the country's founder and attended a joint opposition rally.Shehbaz also termed unholy alliance of Imran Khan and NAB behind political victimisation of opposition leaders. He has been shifted to Kot Lakhpat jail in Lahore.Maryam Nawaz, daughter of
World News

Investors Diurnal Team - October 28, 2020 0
COLOMBO: US secretary of state Mike Pompeo said on Wednesday the Chinese Communist Party was operating as a "predator" in Sri Lanka, as the top US diplomat kept up tough criticism of China on a tour of Asia.Pompeo arrived in Sri Lanka from India as part of a four-leg tour aimed at bolstering allies against China's increasing political and military inroads in the region in recent years."We see from bad deals, violations of sovereignty and lawlessness on land and sea that the Chinese Communist Party is a predator, and the United States comes in a different way, we come as a friend, and as a partner," Pompeo told a televised news conference in the capital, Colombo.In contrast to India, which is locked in a military stand-off with China and was the first stop on Pompeo's trip, Sri Lanka is a close ally of Beijing.China has invested billions of dollars in Sri Lankan ports and highways as part of its Belt and Road Initiative of transport and energy links, a programme the United States believes is designed to trap smaller countries in debt.Foreign minister Dinesh Gunawardena said Sri Lanka wanted peace and good relations with all."Sri Lanka is a neutral, non-aligned