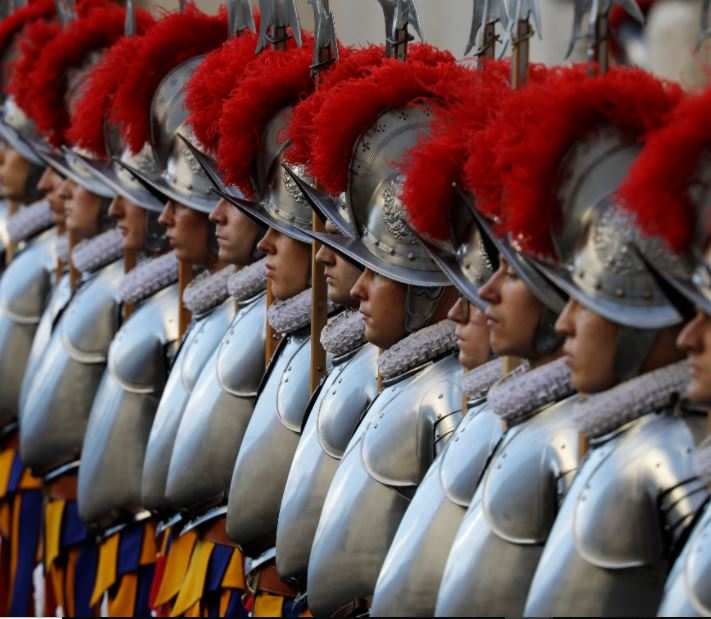 The results came in over the weekend and added to three other residents or citizens of the tiny Vatican city-state who have tested positive in recent weeks, according to a statement.

TP ICAP to acquire Liquidnet for up to £537 million

Investors Diurnal Team - October 20, 2020 0
LONDON (AFP) - The upper chamber of Britain's Parliament on Tuesday (Oct 20) inflicted a symbolic defeat on the government over Brexit legislation that critics claim trashes the UK's reputation as a defender of the rule of law. The government's internal market Bill is designed to regulate trade among the country's four constituent nations - England, Scotland, Wales and Northern Ireland - after Brexit. But it unilaterally rewrites Britain's divorce treaty with the European Union, struck last year, sparking legal action from the 27-nation bloc. The Bill has already passed the more powerful House of Commons but in the House of Lords, peers including Anglican archbishops voted by a majority of 226 to express their "regret" over its treaty-breaching provisions. While the vote did not alter the Bill's language, it sets the stage for detailed scrutiny by the lords in the coming weeks. Many want to strip out those elements, triggering a legislative tussle with the Commons before the Bill can become law. Michael Howard, a former leader of the ruling Conservatives and prominent Brexiteer, was among the dissident peers who voted for the motion against the government of Prime Minister Boris Johnson.
World News

Investors Diurnal Team - October 22, 2020 0
BERLIN (AFP) - Germany reported a huge jump in coronavirus cases on Thursday (Oct 22), with health experts warning of a "very serious" situation and regional disagreements hampering efforts to slow the spread. The country reported 11,287 new cases of Covid-19 in the past 24 hours - a large increase from the previous record of 7,830 last Friday. "The overall situation has become very serious," Dr Lothar Wieler, the head of the Robert Koch Institute (RKI) disease control centre, told a press conference. It is still possible to bring the virus under control through "systematic compliance with restrictive measures", Dr Wieler said. But he urged people to observe the rules and cautioned that an "uncontrolled" spread could be unavoidable in some regions. Germany was praised for managing to contain the virus earlier this year, even welcoming patients from other countries where health systems were buckling under the strain. Patchwork of rules The figures are still well below those of many other European countries, but Germany has been facing a steady increase in cases for several weeks. There are currently 964 virus patients in intensive care, 430 of them on respirators,
World News

Investors Diurnal Team - October 17, 2020 0
“President Trump has delivered what he promised in 2016. He is the best president in my life-time,” Mark, who along with his two young sons drove for two-and-a-half hours to listen to Trump in person, told PTI.