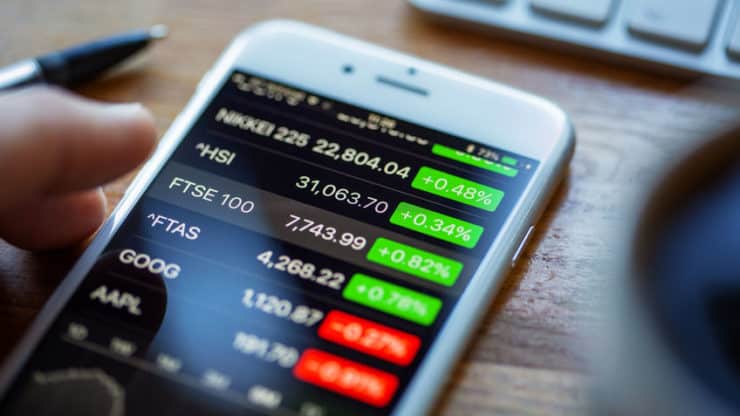 FTSE 100 opened the week lower amid the surging number of new cases and fears of Brexit effects. Companies in the U.K. are set to face extraordinary challenges when Brexit comes into effect on January 1, the industry experts warn.

Once a new era begins for Britain and it deserts the European Union, companies in the U.K. that together drive almost $1 trillion in annual trade will have to operate in compliance with a set of new rules and deal with increased costs, all that while coronavirus continues to batter global economies.

EU members are able to navigate the European market with free trade flows but from January 1, the British companies will have to handle a set of paperwork on each export including customs and safety declarations and cope with various IT systems to obtain entry to Europe.

Furthermore, it is still unknown how the new IT systems operate, with custom brokers still being without training and without knowing the rules.

Even the U.K. government said that as many as 7,000 trucks could be waiting in 100 kilometres long queues in Kent, England.

“We’ll be fire-fighting from the 1st of January.”

Exporters that operate outside that single market will have to handle the paperwork and submit products for random checks to gain entry, significantly raising both expenses and the amount of time needed to conduct business.

In order to export goods from January 1, the U.K. government has issued a new 271-page Border Operating Model, that includes everything from trading diamonds to molluscs, chemicals and cultural goods.

The FTSE 100 index closed 1.17% in the red as it continues the series of the lower highs which is likely to result in the new short-term bottom. Any move below 5716 will automatically translate into the fresh 5-month low for the index.

The price action is currently trapped within the descending wedge. As the space between two converging lines gets narrower, the sellers look in control of the price movements. A zone around 5660 offers nearby support.

British exporters will have to prepare for a series of new rules when the country leaves the European Union and Brexit takes effect on January 1. In the meantime, FTSE 100 has continued to move lower as sellers stay in control.

The post FTSE 100 moves lower as businesses face challenges ahead of Brexit appeared first on Invezz.

Groupe PSA Announces the Launch of the Sale of Part of Its Stake in...

Investors Diurnal Team - October 21, 2020 0
Less active Bitcoin addresses are selling their holdings, according to on-chain data Some analysts believe this is a sign of bearishness, while other note this may be the beginning of a new cycle BTC price has broken out of the consolidation phase to approach $12,400, which would complete the bull pennant Bitcoin (BTC) price has continued its impressive bull run to trade above the $12k handle again. As predicted by Invezz a few days ago, the BTC/USD price activated the bull pennant chart pattern that is facilitating a move to $12,400. Fundamental analysis: Inactive Bitcoin addresses are selling BTC It seems that inactive Bitcoin addresses are selling their holdings, according to on-chain data, resulting in bearish claims among crypto analysts. Are you looking for fast-news, hot-tips and market analysis? Sign-up for the Invezz newsletter, today. Willy Woo, an on-chain analyst, stated that old hands certainly sold the top until the latest price cycle. “Dormancy is a measure of ‘old hands selling out.’ It’s interesting to see old hands reliably sold tops until this present cycle. They sold the #bitcoin bottom at $3–$4k, they are selling right now,” Woo said. A number of factors have prompted the
Crypto.com

Crypto.com (CRO) price down over 20% since yesterday

Investors Diurnal Team - October 19, 2020 0
The number of active users on the exchange has reached five million CRO/USD price is trading over 11% lower today to extend losses since yesterday to over 20% The exchange slash staking rewards by 70% for its native CRO token Crypto.com (CRO) price has dropped more than 20% in the last two days after the staking rewards were slashed by 70%. Fundamental analysis: Five million active users The number of active users has reached five million, a landmark that’s been overshadowed by 70% staking rewards cuts for the exchange’s native CRO token. This is the first time the famous cryptocurrency exchange has reached five million users, just three months after it hit the three million users milestone.  Are you looking for fast-news, hot-tips and market analysis? Sign-up for the Invezz newsletter, today. The company hit its first million users back in September 2019 and tripled that figure in the next nine months.   Kris Marszalek, co-founder and chief executive of the crypto exchange said his company intends to keep expanding its client base and added it’s targeting 15 million users by the end of the next year.  “Our longer-term strategic goal is to reach 100m users in the