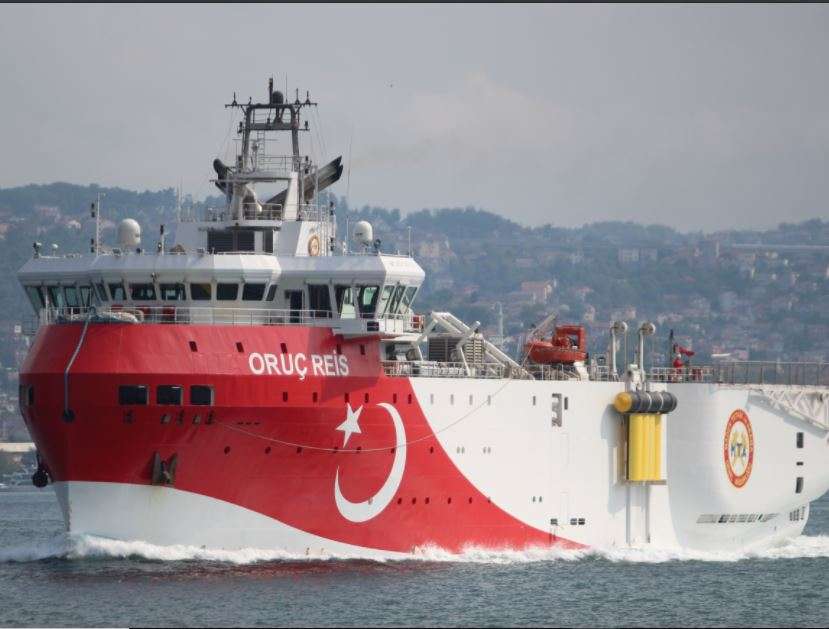 Germany holds the rotating European Union presidency and before departing Berlin, Foreign Minister Heiko Maas said Greece and Cyprus had both German and EU backing but urged an “honest effort on all sides” to find a solution.

Newtek CEO, Barry Sloane, to Host Webinar to Discuss the Future of Payroll and...

Countries battle coronavirus surge as WHO warns of 'exponential' cases

Pakistan is at war with itself: PoK activist

Investors Diurnal Team - October 25, 2020 0
GLASGLOW: Amid the anti-government movement in the country, a political activist from Mirpur in Pakistan Occupied Kashmir (PoK) has slammed the Imran Khan government over the state of affairs in the country, saying it is "at war with itself."Activist Amjad Ayub Mirza wrote on his Facebook page on Saturday that "3 days ago, IG Sindh was abducted. Last night Ali Imran was abducted. Today, MNA Mohsin Dawar has been abducted. The Pakistani state is at war with itself."Mirza's statement comes after Pashtun Tahaffuz Movement (PTM) leader Mohsin Dawar was barred from leaving the airport as soon as he arrived in Quetta on Saturday in a bid to prevent him from participating in the third rally of the opposition's Pakistan Democratic Movement (PDM) in Quetta on Sunday.In a Twitter post, Mohsin said that he will not be intimidated and will not keep mum.Apart from Mohsin Dawar detention, the PoK activist Amjad Mirza also called out the abduction of journalist Ali Imran Syed, who is credited with obtaining footage arrest of Pakistan Muslim League (Nawaz) the leader Captain (retd) Safdar Awan on October 19.Safdar Awan, who is the husband of PML-N leader Maryam Nawaz, was arrested from his hotel room after a
World News

Investors Diurnal Team - October 20, 2020 0
DUBAI: The first ever official United Arab Emirates delegation to Israel set off on Tuesday after the two countries normalised ties last month under a US-brokered accord forged largely over shared fears of Iran.An Etihad Airways plane carrying Emirati government officials, with U.S. dignitaries accompanying them, left the UAE capital Abu Dhabi, headed to Ben-Gurion Airport, according to flight tracking website FlightRadar24.Israeli officials said the five-hour visit would be restricted to the airport due to coronavirus concerns.The UAE and fellow Gulf state Bahrain in September became the first Arab states in a quarter of a century to sign deals to establish formal ties with Israel, a move that Washington and its allies have said would foster regional peace and stability but which has been rejected by the Palestinians."This is an historical moment for the UAE country and Israel and we are looking forward to salaam (peace) ... in the region," one of the pilots could be heard saying in a video posted on Twitter by U.S. Middle East envoy Ari Berkowitz.Berkowitz and U.S. Treasury Secretary Steven Mnuchin are accompanying the Emirati delegation, which is being led by Economy Minister Abdullah bin Touq al-Mari and Minister of State for Financial Affairs
World News

Investors Diurnal Team - October 19, 2020 0
PARIS (REUTERS) - A campaign by coronavirus-stricken aviation giants to persuade the world it's safe to fly has been questioned by one of the scientists whose research it draws upon. Dr David Freedman, a US infectious diseases specialist, said he declined to take part in a recent presentation by global airline body Iata with planemakers Airbus, Boeing and Embraer that cited his work. While he welcomed some industry findings as "encouraging", Dr Freedman said a key assertion about the improbability of catching Covid-19 on planes was based on "bad maths". Airlines and planemakers are anxious to restart international travel even as a second wave of infections and restrictions take hold in many countries. The Oct 8 media presentation listed in-flight infections reported in scientific studies or by IATA airlines, and compared the tally with total passenger journeys this year. "With only 44 identified potential cases of flight-related transmission among 1.2 billion travellers, that's one case for every 27 million," Iata medical adviser David Powell said in a news release, echoed in comments during the event. Iata said its findings "align with the low numbers reported in a recently published peer-reviewed study by