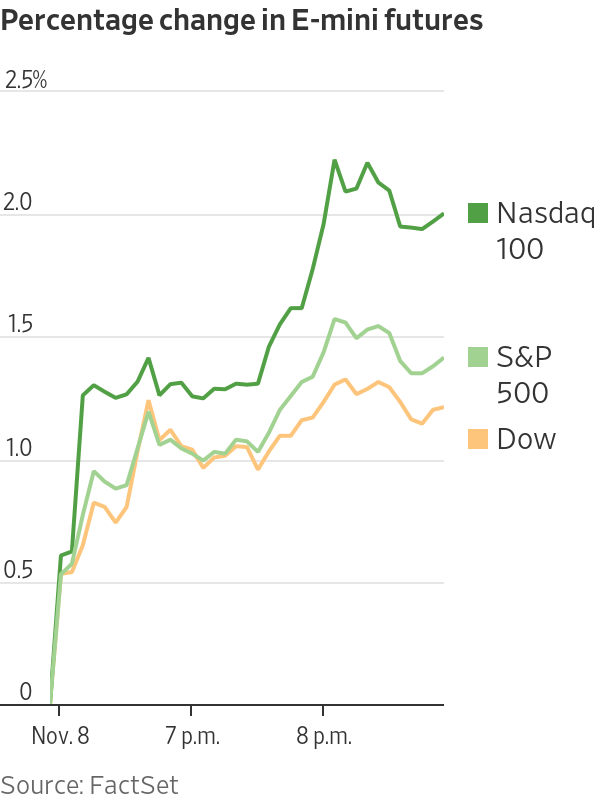 U.S. stock futures and international markets rose in the first hours of trading Monday, after weekend confirmation that Democrat Joe Biden had won the presidential election.

The Associated Press declared Saturday the former vice president had garnered enough electoral college votes to win, and on Sunday Mr. Biden forged ahead with his transition to the White House, charting a course for significant policy changes even as President Trumpdeclined to concede the race.

By midmorning Hong Kong time, S&P 500 futures had gained 1.5%, while Nasdaq-100 futures advanced 2.2%. Regional markets in Asia also rallied, with Japan’s Nikkei 225 gaining nearly 2%, while benchmarks in Seoul and Sydney put on about 1.4% and 1.8% respectively.

“The market is cheering about more certainty and hopefully less volatility with Biden winning,” said Ken Wong, a portfolio manager at Eastspring Investments. Investors were also positive about the prospect of the Republicans likely retaining control of the Senate, which could limit the Democrats’ ability to introduce major initiatives such as rolling back tax cuts, Mr. Wong said. 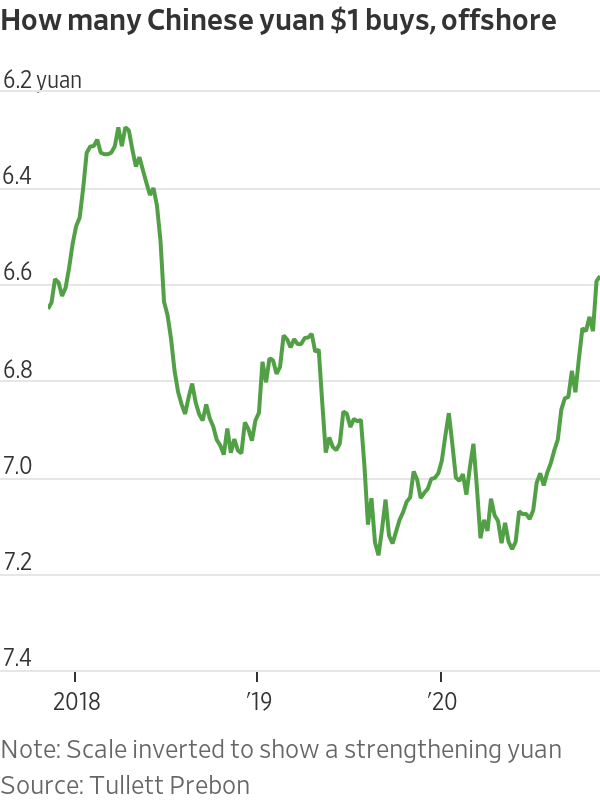 The dollar declined broadly, weakening against currencies including the Japanese yen, the euro, the British pound and the Australian dollar. The Chinese yuan, which has been sensitive to U.S.-Chinese trade tensions, rallied to about 6.583 per dollar in the offshore market.

“Globally, investors are just happy to turn the page on the U.S. elections,” said Eli Lee, head of investment strategy at Bank of Singapore. Mr. Lee said the feared scenario of a drawn-out contested election had diminished, reducing uncertainty for markets and for policy makers such as the Federal Reserve.

“The Fed has been on the back foot for the past couple of months as it wants clarity on what policies would be on the fiscal front to craft monetary policies to support the economic recovery,” he said.

Write to Chong Koh Ping at chong.kohping@wsj.com and Xie Yu at Yu.Xie@wsj.com

When AAA Means Something Different in Chinese

Blue Ripple Is a Downer for Pot Stocks