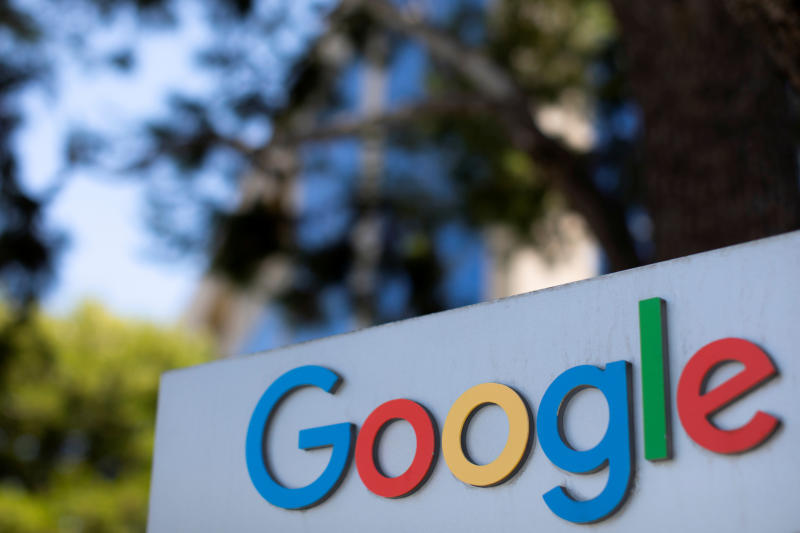 A Google sign is shown at one of the company’s office complexes in Irvine, California, on July 27, 2020. (Reuters photo)

BRUSSELS: Alphabet’s Google plans to pay $1 billion to publishers globally for their news over the next three years, according to its chief executive officer, a step that could help it win over a powerful group amid heightened regulatory scrutiny worldwide.

News publishers have long fought the world’s most popular internet search engine for compensation for using their content, with European media groups leading the charge.

CEO Sundar Pichai said the new product called Google News Showcase would launch first in Germany, where it has signed up German newspapers including Der Spiegel, Stern, Die Zeit, and in Brazil with Folha de S.Paulo, Band and Infobae.

It will be rolled out in Belgium, India, the Netherlands and other countries. About 200 publishers in Argentina, Australia, Britain, Brazil, Canada and Germany have signed up to the product.

“This financial commitment — our biggest to date — will pay publishers to create and curate high-quality content for a different kind of online news experience,” Pichai said in a blog post.

The product, which allows publishers to pick and present their stories, will launch on Google News on Android devices and eventually on Apple devices.

“This approach is distinct from our other news products because it leans on the editorial choices individual publishers make about which stories to show readers and how to present them,” Pichai said.

“With News Showcase and the new integration of editorial content like from Spiegel, Google shows that they are serious about supporting quality journalism in Germany. We are happy to be part of it from the start,” said Stefan Ottlitz, managing director of the group.

The European Publishers Council (EPC), whose members include News UK, The Guardian, Pearson Plc, The New York Times and Schibsted Media Group, however, was not enthusiastic.

“By launching a product, they (Google) can dictate terms and conditions, undermine legislation designed to create conditions for a fair negotiation, while claiming they are helping to fund news production,” said EPC executive director Angela Mills Wade.

The product builds on a licensing deal with media groups in Australia, Brazil and Germany in June, which also drew a lukewarm response from the EPC.

Google is negotiating with French publishers, among its most vocal critics, while Australia wants to force it and Facebook to share advertising revenue with local media groups.

Embedded finance is grabbing investor attention. Here's why it's the hot new space in...

Duck Creek reports £4.6 million of loss in the fiscal second...

Investors Diurnal Team - April 5, 2021 0
Duck Creek Technologies Inc. (NASDAQ: DCT) reported its financial results for the fiscal second quarter on Monday that topped analysts’ estimates for earnings and revenue. Duck Creek Technologies shares that you can learn to buy online here were reported about 2.5% up in extended trading on Monday. Including the price action, the stock is now exchanging hands at £32.87 per share. In comparison, it had started the year at a lower £29.82 per share. Duck Creek touched a high of £42.68 per share in February. Duck Creek’s Q2 financial results versus analysts’ estimates Are you looking for fast-news, hot-tips and market analysis? Sign-up for the Invezz newsletter, today. Duck Creek Technology said that it concluded the second quarter with £4.6 million of loss that translates to 3.59 pence per share. In the comparable quarter of last year, its net loss stood at a much lower £1.73 million. On an adjusted basis, the software company reported 0.72 pence of earnings per share in Q2. Duck Creek valued its revenue in the recent quarter at £45.08 million that represents a 19% year over year growth. In comparison, analysts had forecast the company to post £42.49 million of revenue in the second quarter. They had estimated the company to record 2.16 pence of loss per share. In separate news from the U.S., B. Riley Securities lifted its rating on AMC Entertainment on Monday to ‘buy’. Other prominent figures in Duck Creek’s earnings report on Monday include a 51% annualised increase in subscription revenue, an 8% decline in services revenue, a 61% growth in license revenue, and a 1% increase in maintenance revenue. Duck Creek’s financial report comes on the same day when Invitae Corp said it will receive £830 million from SoftBank-led group of investors. Tip: looking for an app to invest wisely? Trade safely by signing-up with our preferred choice, eToro: visit & create account
Tech