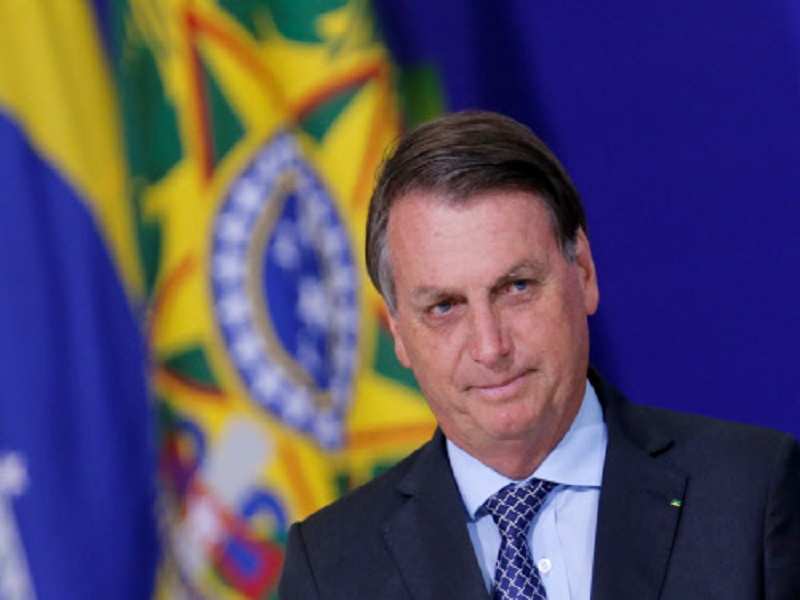 Brazilian President Jair Bolsonaro, a close ally of Donald Trump and one of the few prominent world leaders still not to have congratulated Joe Biden on his election win, asked on Thursday whether the vote in the US was really over.

While You Were Sleeping: 5 stories you might have missed, Nov 29

Judge who sent Musharraf to gallows dies of coronavirus

Coronavirus: Can surgical masks be reused?

Investors Diurnal Team - November 19, 2020 0
LONDON (REUTERS) - A potential Covid-19 vaccine developed by AstraZeneca Plc and Oxford University produced a strong immune response in older adults, giving hope it may protect some of those most vulnerable to the disease, data from mid-stage trials showed. The data, reported in part last month but published in full in The Lancet medical journal on Thursday (Nov 19), suggest that those aged over 70 - who are at higher risk of serious illness and death from Covid-19 - could build robust immunity to the pandemic disease, researchers said. "The robust antibody and T-cell responses seen in older people in our study are encouraging," said Dr Maheshi Ramasamy, a consultant and a co-lead investigator at the Oxford Vaccine Group. "The populations at greatest risk of serious Covid-19 disease include people with existing health conditions and older adults. We hope that this means our vaccine will help to protect some of the most vulnerable people in society, but further research will be needed before we can be sure." Late-stage, or Phase III, trials are ongoing to confirm the findings, researchers said, and to test whether the vaccine protects against infection with Sars-CoV-2 in a broad
World News

Investors Diurnal Team - November 24, 2020 0
LONDON (REUTERS) - The British government launched a website on Tuesday (Nov 24) warning digital and technology firms of the ethical, legal and commercial risks of expanding into China and accepting Chinese investment. Britain published this month a bill giving ministers far-reaching power to intervene in corporate deals which could threaten national security, the culmination of years of growing concern about Chinese and other foreign investment in key industries. Launched with the slogan "China. See the Potential. Know the Challenge" the government website is designed as a guide for digital and tech firms, encouraging good practice and raising awareness of potential issues. "The UK is determined to support our businesses to engage with China in a way that reflects the UK's values and takes account of national security concerns," digital and culture minister Caroline Dinenage said in a statement. Alongside case studies, guides on how to conduct due diligence and links to specialist consultancies, the site contains some stark warnings. "There is a risk that your company's technology could be used to violate human rights," said a section on ethical risks, highlighting concerns about facial recognition software censorship, and mass surveillance among other concerns.
World News

Malaysia in deal with China for Covid vaccine development