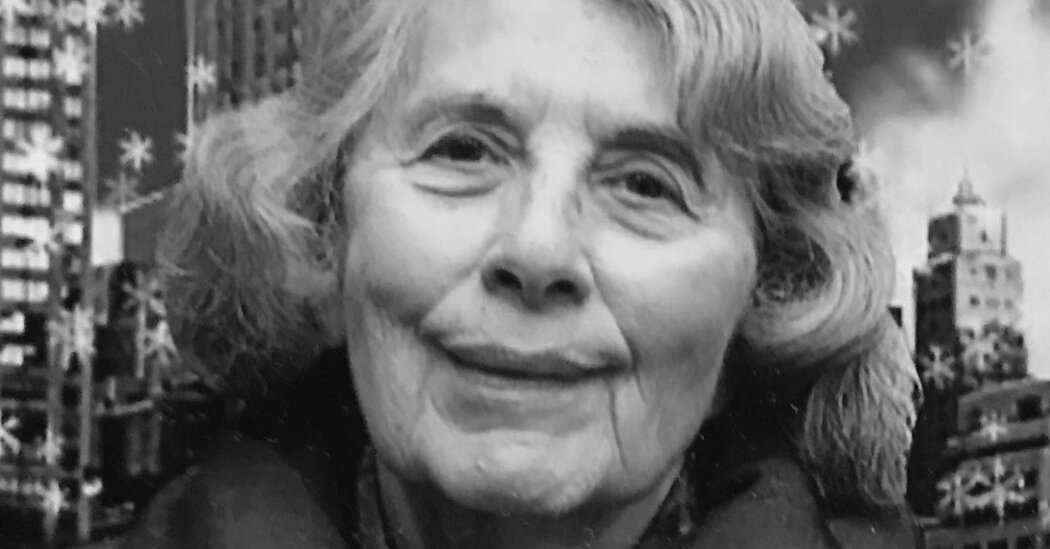 Helen Lachs Ginsburg, an economist and leading authority on full employment, or what has been called a job guarantee, died on Oct. 8 in a hospital in Queens. She was 91.

Her family said she had multiple health problems.

Dr. Ginsburg had retired as a professor of economics at Brooklyn College, where she specialized in labor and social welfare. She studied the public policy’s ramifications of full employment in the United States as well as in Sweden, and she received several awards from the U.S. Department of Labor.

Full employment — defined as an economy in which anyone who wants a job can find one — has been part of the national conversation since the early 20th century.

President Franklin D. Roosevelt was a strong proponent of full employment during the Depression. His hiring programs, including the Works Progress Administration and the Civilian Conservation Corps, provided significant relief for many workers, but their temporary nature made them insufficient to achieve the long-term benefits that he had hoped for.

“Living-wage jobs as a right may seem unrealistic,” Dr. Ginsburg wrote in a 2011 article, “but so once did the right of all children to go to school, the right of women to vote and the abolition of slavery.”

Dr. Ginsburg was a founding member of the National Committee for Full Employment, which was led by Coretta Scott King as she carried on the quest for economic justice and equality begun by her husband, the Rev. Dr. Martin Luther King Jr.

Dr. Ginsburg lectured around the country in the 1970s in support of the full employment legislation proposed by Augustus Hawkins, California’s first Black representative in Congress, and Senator Hubert H. Humphrey, Democrat of Minnesota.

The original legislation, intended to reduce inequality and poverty, would have provided a job for everyone who wanted to work. It was a forerunner of similar proposals today, including the federal job guarantee, a $15 minimum wage and the Green New Deal, which includes a right to living-wage work.

A watered-down version of the Humphrey-Hawkins bill was passed in 1978 and did not guarantee full employment. At that point, a disappointed Dr. Ginsburg began her study of Sweden’s successful, sustained full employment policy.

It led to her book, “Full Employment and Public Policy: The U.S. and Sweden” (1983), which inspired progressives to examine the Swedish model and try to adopt parts of it to the United States.

“Helen Ginsburg was a model of a scholar-activist whose research and writing, always informed by her engagement in the struggle for economic justice, was an inspiration and impetus to all who carry on that struggle,” Gertrude Schaffner Goldberg, chair of the National Jobs for All Network, wrote in a tribute.

Helen Lachs was born on June 25, 1929, in the Bronx. Her father, William Lachs, was a haberdasher. Her mother, Anna (Riegelhaupt) Lachs, was a homemaker.

She married Nathan Ginsburg in the mid-1950s. He survives her, as does her brother, Sherman Lachs.

Nvidia, Simon Property Group, BNY Mellon: What to Watch When the...

Investors Diurnal Team - November 25, 2020 0
The Dow Jones Industrial Average reached a milestone of 30000. WSJ’s Jason Bellini explains how we got there.[object Object] U.S. stock futures wavered a day after the Dow Jones Industrial Average breached 30000 points for the first time, and as investors looked ahead to a packed day of economic data. Futures tied to the S&P 500 edged 0.2% lower Wednesday, suggesting the gauge’s two-day run of gains could come to an end. Dow futures fell back below the milestone they hit Tuesday. Nasdaq 100 futures were up 0.3%.