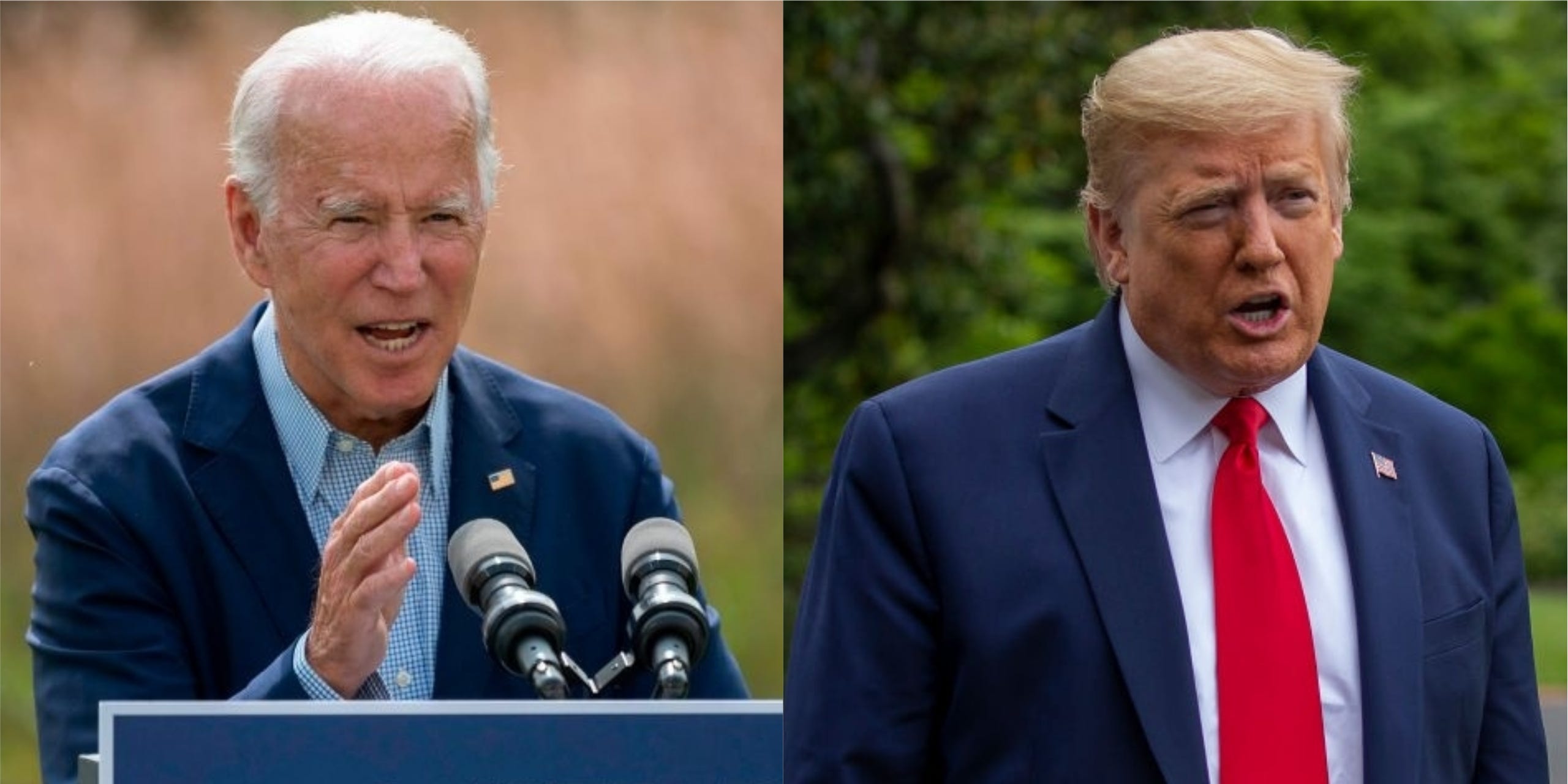 With the November presidential election less than two weeks away, the economy could be on the verge of a dramatic shift.

Depending on the outcome, investors can expect everything from robust economic growth supported by another wave of fiscal stimulus and increased government spending, to a stifled economy hindered by congressional gridlock.

While the most likely outcome is a blue wave, the second most likely is a Biden presidency with a Republican-controlled Senate, Deutsche highlighted.

The polar opposites of the two most likely election outcomes could have a stark impact on the economy.

Here are the four potential outcomes of the upcoming election and their respective economic implications, according to Deutsche Bank.

Read more: Market wizard Jim Rogers started trading with $600 and now has a reported net worth of $300 million. He shares the 8 trading rules that ensured his success.

“This result would provide the most fiscal stimulus to the economy in 2021. While the Biden plan does detail about $2.5tn of tax increases over the next decade, we assume these will not be implemented until the economy is on firmer footing, likely late 2021 or early 2022. Simulations of the Fed staff’s model show that an additional $2tn stimulus package could significantly boost the economy next year, lifting real GDP growth by about 5 percentage points, adding 3 million jobs, and lowering the unemployment rate by nearly 2 percentage points,” Deutsche Bank said.

“A Biden win and a Republican Senate – is also the most negative for 2021 growth, in our view. Fiscal stimulus is likely to be far more marginal and other key elements of the Biden agenda that could be implemented through executive orders or guidance on regulation are likely to be negative for near-term growth prospects. With control of the Senate possibly not determined until January, there could be a prolonged period of uncertainty about fiscal policy prospects following the election,” Deutsche Bank said.

“In this scenario we assume that significant fiscal stimulus packages remain elusive, which results in a fiscal impulse of less than $500bn in 2021 … On the trade front, we would expect a push towards implementing Phase 1 of the trade deal with China as well as stronger consideration of the key issues that were left out of the Phase 1 deal,” Deutsche Bank said.

“Our view is that this scenario would result in a stimulus deal roughly in line with the $2 trillion package currently being negotiated by House Speaker Pelosi and Treasury Secretary Mnuchin … a Trump administration faced with Democrat control of the Senate and House could break from the Republican Senate’s fiscal conservatism that has held back progress on recent fiscal stimulus talks. Significant infrastructure spending is one potential area of agreement for a Trump White House and Democratic Congress, though only if the President is willing to rely heavily on public funding. Another area of agreement is a hard line on foreign trade and the economic relationship with China in particular,” Deutsche Bank said.

The dark secret at the core of the yachting industry: 15 current and former crew members describe what it's really like to work on...

The dark secret at the core of the yachting industry: 15...

Statement from the Chief Public Health Officer of Canada on October...

Investors Diurnal Team - October 25, 2020 0
OTTAWA, ON, Oct. 25, 2020 /CNW/ - In lieu of an in-person update to the media, Dr. Theresa Tam, Canada's Chief Public Health Officer, issued the following statement today: "As the resurgence of COVID-19 activity continues in Canada, we are tracking a range of epidemiological indicators to monitor where the disease is most active, where it is spreading and how it is impacting the health of Canadians and public health, laboratory and healthcare capacity. The following is the latest summary on national numbers and trends, and the actions we all need to be taking to maintain COVID-19 at manageable levels across the country. Since the first cases were reported in March 2020, there have been 213,959 cases of COVID-19, including 9,922 deaths reported in Canada; these cumulative numbers tell us about the overall burden of COVID-19 illness to date. Though the cumulative number is high and continues to increase, it is important to remember that the vast majority of Canadians remain susceptible to COVID-19. This is why it is important for everyone to continue with individual precautions that will keep ourselves, our families and our communities safer.  At this time, there are 24,401 active cases across the country. The latest national-level data indicate daily averages of 2,488 new cases (Oct 16-22) and 74,719 people tested, with 3.1% testing positive (Oct 11-17). Outbreaks continue to contribute to COVID-19 spread in Canada. These vary in size from just a few cases to larger clusters occurring in a range of settings including long term care and assisted living facilities, schools, congregate living settings, industrial work settings and large social gatherings. Larger clusters tell us that closed and crowded settings and/or not sufficiently maintaining public health practises, such as physical distancing and mask wearing, can amplify spread of the virus. While I know keeping physically apart is difficult, particularly when we want to mark life's important moments like weddings and funerals, now is not the time for hosting large in-person gatherings. Right now, doing the best thing to keep our family, friends and community safer means keeping safely apart, connecting virtually, and finding safer ways to care and support each other. The number of people experiencing severe illness continues to increase. Provincial and territorial data, indicate that an average of 1,010 people with COVID-19 were being treated in Canadian hospitals each day during the most recent 7-day period (Oct 16-22), including 209 of whom were being treated in intensive care units. During the same period, there were an average of 23 COVID-19-related deaths reported daily. As hospitalisations and deaths tend to lag behind increased disease activity by one to several weeks, the concern is that we have yet to see the extent of severe impacts associated with the ongoing increase in COVID-19 disease activity. As well, influenza and respiratory infections typically increase during the Fall and Winter, placing increased demands on hospitals. This is why it is so important for people of all ages to maintain public health practises that keep respiratory infection rates low. Canada needs a collective effort to sustain the public health response through to the end of the pandemic, while balancing the health, social and economic consequences. We can all do our part by keeping our number of in-person close contacts low and committing to proven effective public health practises; stay home/self-isolate if you have any symptoms, maintain physical distancing, wear a face mask as appropriate, and keep up with hand, cough and surface hygiene. Canadians can also go the extra mile by sharing credible information on COVID-19 risks and prevention practises and measures to reduce COVID-19 in communities and by downloading the COVID Alert app to help limit the spread of COVID-19. Read my backgrounder to access more COVID-19 Information and Resources on ways to reduce the risks and protect yourself and others." SOURCE Public Health Agency of Canada
Markets

Investors Diurnal Team - October 26, 2020 0
BEIJING, Oct. 26, 2020 /PRNewswire/ -- The Annual Conference of Financial Street Forum 2020 convened from Oct. 21 to 23 witnessed officials and experts talking about high-quality financial development. The 3-day event, held in Beijing's downtown Financial Street, featured parallel forums centered on financial cooperation and reform, financial services and development, the opening-up of the financial sector and market, and financial technology and innovation. At the opening ceremony and plenary session, central bank governor Yi Gang said that China's monetary policy has been timely and effective in response to the novel coronavirus outbreak and aims to better facilitate high-quality economic development.  Guo Shuqing, chairman of the China Banking and Insurance Regulatory Commission (CBIRC) said that China will further improve inclusive financial service as part of efforts to bolster financial development. Some 99 percent of the Chinese population has access to basic financial service, with banking networks covering 96.6 percent of towns. For the next step, China will advance the opening up of financial service sector, with measures to improve the financial market system and deepen international economic and financial cooperation, Guo added. Yi Huiman, chairman of the China Securities Regulatory Commission (CSRC) noted that China will put in place an open and transparent capital market system, keep its hands off matters that are not subject to regulation, and foster a healthy market ecosystem. Pan Gongsheng, deputy head of the central bank and head of State Administration of Foreign Exchange (SAFE), said China will continue to improve the macro-prudential policy framework, issue macro-prudential policy guidelines and enhance the overall design and governance mechanism of China's macro-prudential policies. Emphasis will be placed on improving the macro-prudential monitoring, assessment and early warning systems in key areas such as real-estate finance, the foreign-exchange market, the bond market, shadow banking and cross-border capital flows, Pan said. Founded in 2012, the forum is jointly organized by the People's Government of Beijing Municipality, the People's Bank of China, Xinhua News Agency, CBIRC, CSRC and SAFE, hailed as a bellwether of China's financial reform and development.  This year, the annual conference attracted more than 300 guests from the world to exchange views over its theme - "Financial Cooperation and Reform under Global Changes" and around 3,500 people attended the conference offline, introduced Yin Yong, deputy mayor of Beijing at the closing ceremony. Original link: https://en.imsilkroad.com/p/317051.html Photo - https://mma.prnewswire.com/media/1319585/Xinhua_Silk_Road.jpg