Home World News How long can the world continue to be in denial?
Facebook
Twitter
WhatsApp
Linkedin
Email 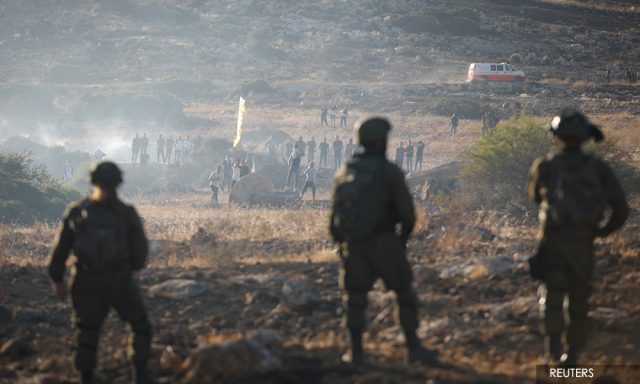 LETTER | The world witnessed another series of crime against humanity in Palestine. It was as if the land had been cursed after the Crusades centuries ago, leaving never-ending bloodshed for people of different beliefs to coexist.

Middle Eastern geopolitics carries a complex relationship within the Muslim Brotherhood. Islamic activism and Arab nationalism did not necessarily come together as to be seen after an armistice concluded in 1949 between the newly founded State of Israel and its Arab neighbouring countries.

Eventually leaving the West Bank, including East Jerusalem, under Jordanian Hashemite rule while the Gaza Strip was put under Egyptian military administration.

The West Bank was eventually annexed to Jordan in 1950 and Jordanian citizenship was extended to its Palestinian inhabitants.

Suppression of Islamic activities was rampant under General Nassir of Egypt in the mid-fifties and then in the mid-sixties, on a cracked down of the…

75% of CFOs are bullish on the North American economy

Investors Diurnal Team - April 19, 2021 0
SYDNEY: New Zealand said it is "uncomfortable" with expanding the role of the Five Eyes, a post-war intelligence grouping which also includes the United States, Britain, Australia and Canada, recently criticised by China. China is New Zealand's largest trading partner, and Foreign Affairs Minister Nanaia Mahuta said in a speech that New Zealand sought a predictable diplomatic relationship. New Zealand will find it necessary to speak out on issues where it does not agree with China, including developments in Hong Kong and the treatment of Uyghurs in Xinjiang, she said in a speech on Monday to the government-funded New Zealand China Council. In later comments to media reported by New Zealand's Newshub, Mahuta said New Zealand didn't favour invoking the Five Eyes for "messaging out on a range of issues that really exist out of the remit of the Five Eyes". "We are uncomfortable with expanding the remit of the Five Eyes," she said. China's foreign ministry has repeatedly criticised the Five Eyes, after all members issued a joint statement about the treatment of Hong Kong pro-democracy legislators in November. Last month, Chinese foreign ministry spokeswoman Hua Chunying said "the Five Eyes have taken coordinated steps to gang up on
World News

Investors Diurnal Team - April 25, 2021 0
LONDON (AFP) - British Prime Minister Boris Johnson faced growing scrutiny on Sunday (April 25) following explosive accusations by his former chief aide Dominic Cummings earlier this week that he lacks competence and integrity. Mr Cummings, who stepped down as his top adviser in December, used a personal blog on Friday to allege Johnson tried to solicit potentially illegal donations to renovate his publicly-funded Downing Street flat. He also claimed the UK leader suggested blocking an internal inquiry into government leaks, because the culprit identified was a close friend of Johnson's fiancee Carrie Symonds. Mr Johnson's office has dismissed the damning accusations, insisting all "reportable donations" are transparently disclosed and that the prime minister "has never interfered in a government leak inquiry". International Trade Secretary Liz Truss said Sunday the claims were "a massive distraction" and that she had been assured all rules have been fully complied with. "This is tittle tattle that's being promoted and I don't think it addresses the key issues the people of Britain care about," she told Sky News. But the charges, which follow weeks of stories about allegedly inappropriate lobbying and sleaze involving Johnson, his ministers and officials,
World News

How the Evangelical World Turned on Itself