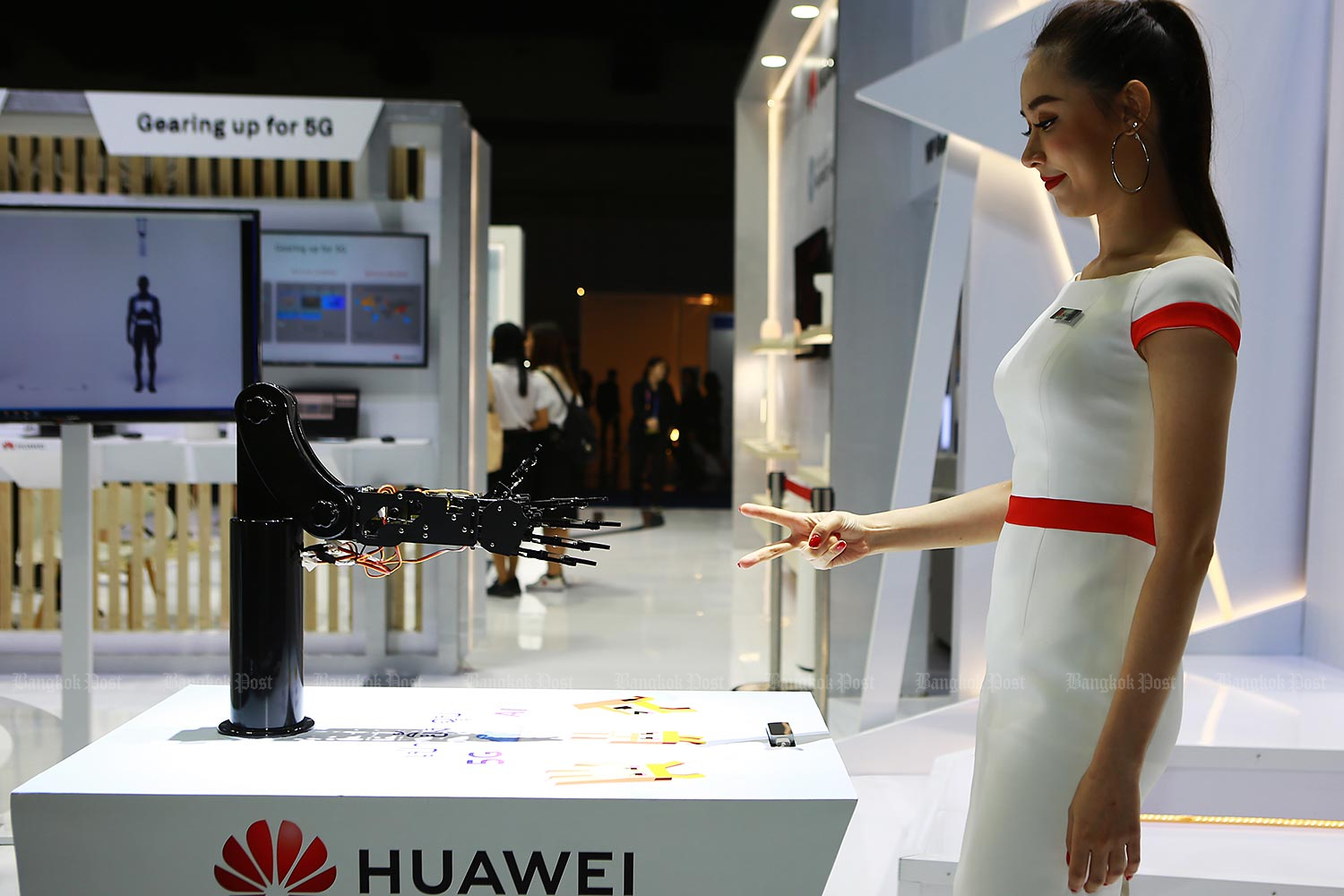 “We are confident of Thailand’s potential to become Asean’s first digital hub and this will help the country’s digital economy contribute to 30% of the GDP by 2030,” the chief executive of Huawei Technologies Thailand said.

Tech powerhouse Huawei plans to invest 700 million baht in establishing its third data centre in Thailand next year, as part of its support for Thailand to become the digital hub of Asean.

The amount is equivalent to the total investment in its first data centre, in the Eastern Economic Corridor (EEC) in 2018, and the second in Bangkok, in 2019.

The announcement was made by Abel Deng, chief executive of Huawei Technologies Thailand, in an address to the “Powering Digital Thailand 2021: Huawei Cloud and Connect” conference at Centara Grand at CentralWorld on Wednesday.

“We have our mission, which is to grow in Thailand and contribute to Thailand,” Mr Deng said. “With our end-to-end solution technology and our global experiences and expertise, we truly believe that we can contribute more to try to support Thailand to be the regional hub.”

Huawei had seen the tremendous progress made in the growth of the digital economy in Thailand, starting with Thailand’s 4.0 policy, which reflected the country’s strong ambition to become a digital leader in the region, Mr Deng said.

However, Thailand’s digital economy currently contributed less than 20% to GDP, and there was still a big space to promote digital technology adoption and development in the country.

The digital economy could also help with the country’s economic recovery, especially now it had been further damaged by the pandemic, Mr Deng said.

Thailand’s digital infrastructure was now ready to be empowered into a leading position, thanks to the government’s efforts to accelerate the adoption of 5G  through 5G licence auctions in February.

“We are confident of Thailand’s potential to become Asean’s first digital hub, and this will help the country’s digital economy contribute to 30% of the GDP by 2030,” Mr Deng said.

Cluster of catalysts expected to tempt buyers at Commart

Investors Diurnal Team - November 12, 2020 0
Applied Materials tops analysts’ estimates for earnings and revenue in fiscal Q4. Shares of the company jumped close to 3% in extended trading on Thursday. Applied now forecasts up to £1.01 of EPS and up to £3.93 billion of revenue in Q1. Applied Materials Inc. (NASDAQ: AMAT) reported its financial results for the fiscal fourth quarter on Thursday that topped analysts’ estimates for earnings and revenue. Shares of the company jumped close to 3% in after-hours trading on Thursday. On a year to date basis, Applied Materials is now 15% up in the stock market after recovering close to 80% since its low in March due to the Coronavirus pandemic. Interested in investing in the stock market online? Here’s a simple guide to get you started. Are you looking for fast-news, hot-tips and market analysis? Sign-up for the Invezz newsletter, today. Applied Materials’ Q4 financial results versus analysts’ estimates Applied Materials said that its net income in the fourth quarter printed at £1.0 billion that translates to 94 pence per share. In the same quarter last year, it had reported a much lower £532.17 million of net income or 57.18 pence per share. In the prior quarter (Q3),
Industries

Investors Diurnal Team - November 25, 2020 0
Dell Technologies’ net income climbs to £660 million in fiscal Q3. The technology giant reports £17.61 billion of revenue. Dell Technologies earned £1.52 per share on an adjusted basis. Dell Technologies Inc. (NYSE: DELL) published its earnings report for the fiscal third quarter on Tuesday that topped analysts’ estimates for earnings and revenue. Dell Technologies was reported about 0.5% down in extended trading on Tuesday. At £52.27 per share, the tech giant’s shares that you can learn to buy online here, are roughly 35% up year to date in the stock market after recovering from a low of £21.62 per share in March, when the impact of COVID-19 was at its peak. Are you looking for fast-news, hot-tips and market analysis? Sign-up for the Invezz newsletter, today. The Coronavirus pandemic has so far infected more than 13 million people in the U.S. and caused over a quarter million deaths. Dell’s Q3 financial results versus analysts’ estimates Dell said that its net income in the third quarter printed at £659.62 million that translates to 81 pence per share. In the same quarter last year, its net income was capped at a much lower £413.29 million, or 49.42 pence per
Tech

Building an API in 60 seconds, without any server setup