U.S. Department of Justice officials seized more than $1 billion of bitcoins and other digital currencies this week that had been associated with the Silk Road online drug bazaar, the largest seizure of cryptocurrency in the agency’s history.

The 69,000 seized bitcoins once belonged to Silk Road founder Ross Ulbricht, the Justice Department said in a statement Thursday. Mr. Ulbricht was convicted in 2015 of distributing narcotics and money laundering and sentenced to life in prison.

The Justice Department said the bitcoins had been stolen from Mr. Ulbricht in 2012 and 2013 by a hacker who liquidated some of the coins but left most sitting untouched for years in a digital account called a wallet.

Bitcoin, which just celebrated its 12th anniversary, is a digital currency that operates across an online network and isn’t controlled by any government or central party. That has made it attractive to illicit actors operating online.

The seizure was the result of an investigation that began earlier this year by the Justice Department, the Internal Revenue Service’s criminal investigations unit and two private firms that build bitcoin-analytics software, Chainalysis and Excygent.

Mr. Ulbricht, who operated Silk Road between 2011 and 2013, accepted bitcoin as a payment on his website. When federal officials arrested him in October 2013, they seized about 175,000 bitcoins but estimated that the website had generated commissions totaling more than 600,000 bitcoins.

That left open the question of what happened to the remainder. The Justice Department said that this week’s seizure “at least in part” answers that question. 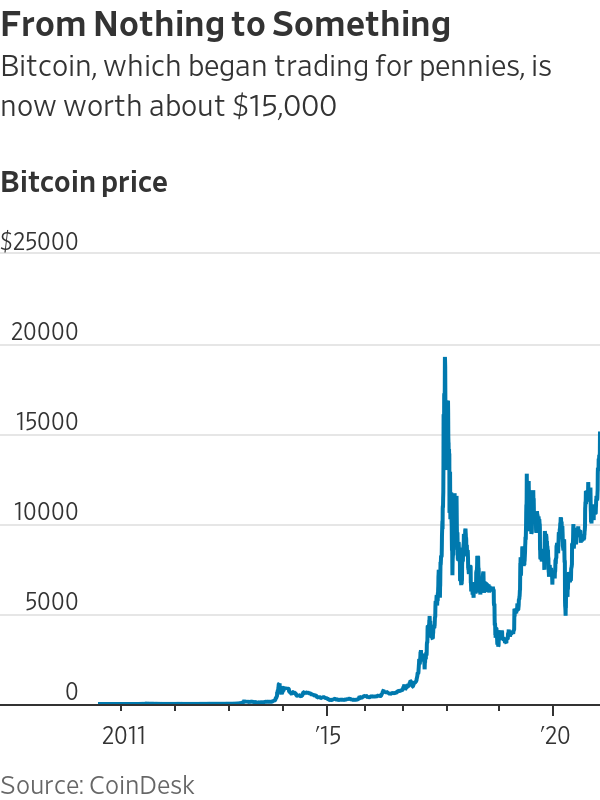 When Mr. Ulbricht was arrested in 2013, bitcoin was trading around $130. This year, bitcoin is in the midst of a sharp rally that has pushed the price up to $15,000 on Thursday, making the bitcoins seized this week far more valuable than the ones taken in 2013.

The government didn’t say what it would do with the bitcoins, but other coins seized from Mr. Ulbricht were auctioned. The Justice Department has had a bitcoin wallet where it stores seized digital currency since at least the time of the Silk Road shutdown.

In the previous auctions, pre-registered bidders competed to offer the best price. The proceeds were handled by the government like other civil forfeiture procedures, in which they are kept by the agency and added to its budget.

Although the bitcoins seized this week are now worth more than $1 billion, it isn’t clear how much the government could get for them in an auction. Bitcoin is notoriously volatile, and the price could be significantly different by the time an auction is held.

It is likely the government would sell the bitcoins in multiple tranches, as it has in the past, rather than all at once because there are few buyers with the liquidity to make such a large purchase.

Moreover, the size of the auction could also have an effect on the price, said Tom Robinson, co-founder of bitcoin analytics firm Elliptic, which wasn’t involved in the investigation. Adding bitcoins that haven’t moved in years back to the active market would increase the supply, which likely would have a downward effect on the price, he said.

Earlier this year, the IRS’s criminal-investigations unit began analyzing transactions associated with the Silk Road’s bitcoin wallets using software designed to sift through billions of bitcoin transactions to track specific funds. What they discovered were 54 transactions that previously had gone undetected.

Moreover, they discovered that the bitcoins in those transactions hadn’t been moved by Mr. Ulbricht, but rather had been stolen by a hacker in 2012 and 2013.

The hacker was identified by the Justice Department only as “Individual X.” It isn’t known whether that individual has been arrested, or assisted in the seizure. The department didn’t disclose how it gained access to the hacker’s wallet, and a DOJ representative didn’t immediately respond to a request for further details.

Some of the stolen bitcoins had been moved in 2015 through an exchange called BTC-e that the government shut down in 2017, Chainalysis said in a blog post. The rest had been sitting in the hacker’s wallet, untouched for years.

The bitcoins were all contained within a single “address”—a string of letters and numbers that identifies transactions within a digital wallet—and that address had the fourth-highest balance of any bitcoin address, according to Mr. Robinson of Elliptic.

Bitcoin transactions are recorded publicly in an open ledger called the blockchain, so any billion-dollar transactions would quickly be noticed.

Indeed, on Tuesday night, when most of the U.S. was watching election results, bitcoiners noticed the single transaction that moved $1 billion from one wallet to another—the Justice Department seizure—and were speculating about who executed such a large move.

Mr. Robinson said he suspected at that time that they were connected to Silk Road, but it hadn’t immediately been clear who was responsible. Now he knows.

“The self-control of this hacker to not touch them for several years is absolutely incredible,” Mr. Robinson said. “Can you imagine?”

Write to Paul Vigna at paul.vigna@wsj.com

Malaysia Bourse Expected To Be Rangebound On Thursday

The Return of Leftism, Not Competence