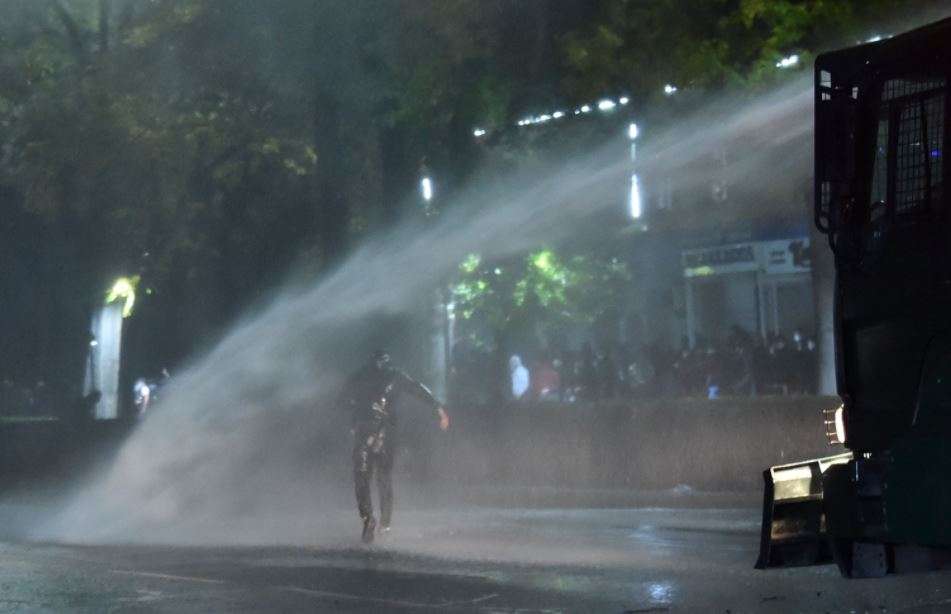 Opposition supporters had seized government buildings overnight and demanded a new election. Hundreds of people were hurt and one person died. The decision to cancel the results of the vote was made in order to “prevent tension” in the country, head of the Commission Nurzhan Shaildabekova told the Interfax news agency.

Investors Diurnal Team - October 19, 2020 0
WASHINGTON (AFP) - "Beautiful" is how US political outsider Donald Trump described his shock presidential win against rival Hillary Clinton on the night of Nov 8, 2016. The details were less clean-cut. Former secretary of state Clinton had received nearly three million more votes than her Republican rival. But, by narrowly winning key battleground states, Trump surpassed the 270 Electoral College votes necessary to win the White House. With just five weeks until the 2020 election featuring Trump and Democrat Joe Biden, the rules of this enigmatic - some argue outmoded - system are coming back into focus. Why an electoral college? The 538 members of the US Electoral College gather in their state's respective capitals every four years after the presidential election to designate the winner. A presidential candidate must obtain an absolute majority of the college vote - or 270 of the 538 - to win. The system originated with the US Constitution in 1787, establishing the rules for indirect, single-round presidential elections. The country's founding fathers saw the system as a compromise between direct presidential elections with universal suffrage, and an election by members of Congress -
World News

Investors Diurnal Team - October 19, 2020 0
LA PAZ: Bolivian presidential candidate Luis Arce, the leftist heir to former leader Evo Morales, said his country had "recovered democracy" after an exit poll from TV station Unitel indicated he had won the in the first round.By an unexpectedly large margin, Arce prevailed over centrist Carlos Mesa, who obtained 31.5 percent according to the poll, and guaranteed a return to power for the Movement for Socialism (MAS).The official count -- which could take days -- was less than eight percent completed by 2:00 am (0600 GMT). The usual rapid count had been abandoned after allegations of irregularities last year that led to Morales' November 2019 resignation after 14 years in power."Very grateful for the support and trust of the Bolivian people," Arce posted on Twitter early Monday, after the exit poll results were published. "We have recovered democracy and we will regain stability and social peace."Interim president Jeanine Anez, who was not a candidate, congratulated Arce and his running mate David Choquehuanca on their apparent win."We still do not have an official count, but from the data we have, Mr. Arce and Mr. Choquehuanca have won the election. I congratulate the winners and ask them to govern with Bolivia
World News