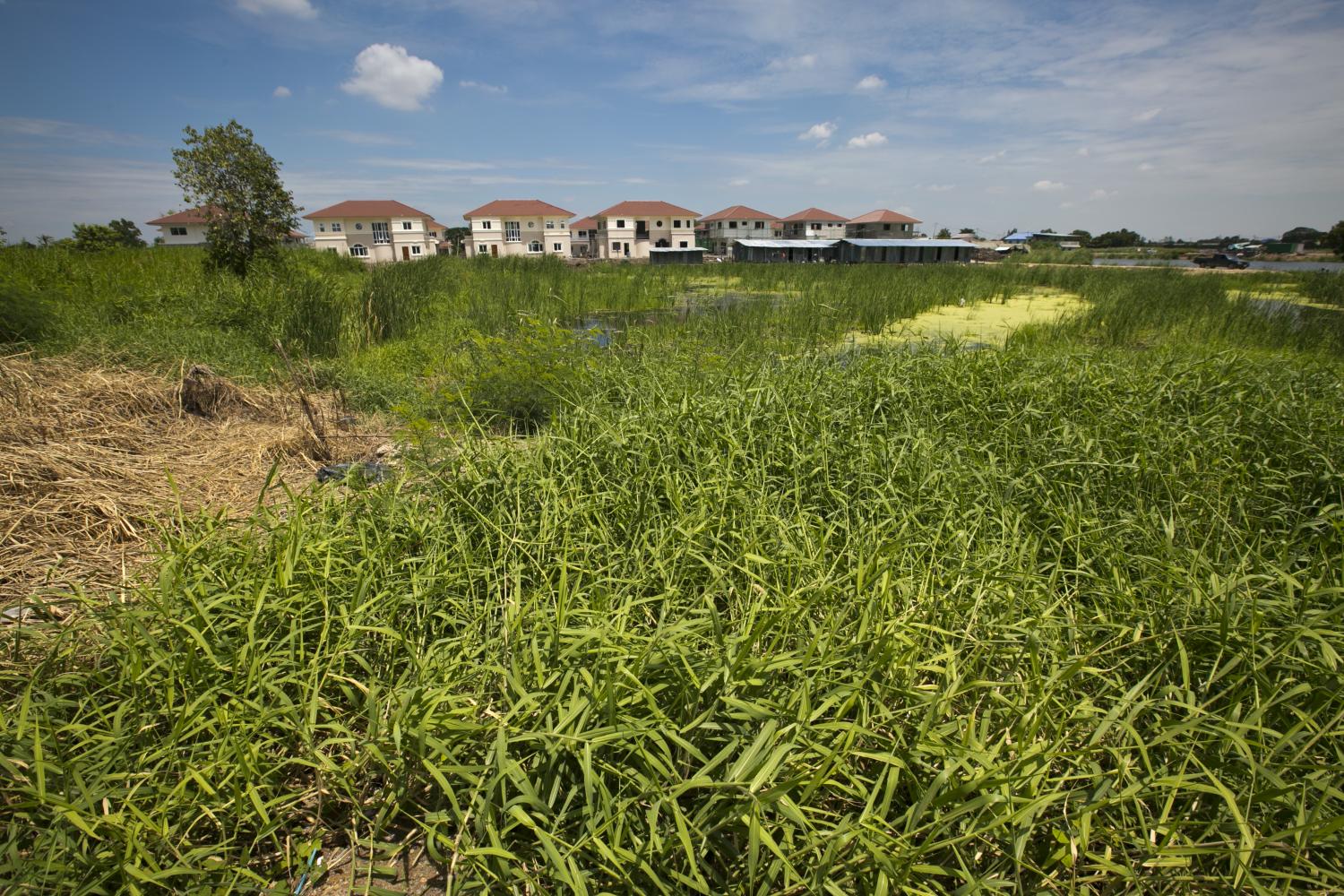 Vacant land on Phahon Yothin Road in Bangkok. Vacant or undeveloped land can be taxed up to 3% to promote efficient land utilisation. (Bangkok Post photo)

Landlords should speed up utilising their properties to ensure efficient taxation as the land and buildings tax will return to normal rates next year, says international law firm Baker & McKenzie Ltd.

Nopporn Charoenkitraj, the firm’s partner, said local government authorities usually conduct a survey of land and buildings located in their areas in the final months of the year to get an update on land use before tax assessment the following year.

“As of Jan 1 every year, the land and buildings tax will assess ownership and categories of each property to determine the taxpayer and tax rate, respectively,” he said. “If property owners want to change the purpose of use for more efficient taxation, they should do it now.”

If a change in land use is completed later than Jan 1, taxpayers will have 30 days to submit a letter opposing tax assessment once they receive a tax assessment letter.

Mr Nopporn said many landlords asked for advice on what to do with their vacant lands. Some considered agriculture as land for agricultural use has the lowest tax rate.

“They should weigh the cost for growing agriculture on the land against the tax they would have to pay for vacant land. Sometimes, the latter is lower,” he said.

There are several categories of land use that pay a lower tax rate than vacant land, such as schools, sport stadiums or land for public use, according to the Fiscal Policy Office.

For vacant land, a tax rate of 0.3% is applied and will increase by 0.3 percentage points every three years, up to a ceiling of 3%.

Wittaya Luengsukcharoen, a partner at Baker & McKenzie, said landlords can allow their vacant land to be used as a public area or park, making it eligible for a waiver of the land and buildings tax, if they do not know what to do with their plots.

“Landlords and local government authorities may have a mutual agreement on allowing their land for a public use throughout the tax year,” Mr Wittaya said.

“But the size of that land should make sense for developing it into public areas.”

“Business owners who were affected by the outbreak of Covid-19, such as hotels, should ask the government for a cut in the land and buildings tax for another year as the impact is likely to carry over next year,” said Mr Wittaya. “They can push this agenda through their association.”

Mr. Obama, The ‘Strangulation’ Victim Is Not George Floyd

GZERO VIDEO: Biden has a “humbled” sense of what US has to offer, says...

Investors Diurnal Team - November 5, 2020 0
The residential markets in Khon Kaen, Nakhon Ratchasima and Udon Thani are projected to remain steady as the provincial economy is less vulnerable to the pandemic, according to developers. Napong Paripontpochanapisuti, managing director of Ocean Property, which is developing a condo project in Khon Kaen, said the condo market in the province was marginally impacted by the pandemic. "Not only Khon Kaen, but all provinces in the Northeast do not rely on the foreign tourism sector," he said. "Local businesses are very strong. In Khon Kaen, there are two core businesses: education and medical services." In June 2020, the company launched a new low-rise condo project, Ocean Grand Residence Mittraphap-Khon Kaen, on Mittraphap Road with 236 units worth 400 million baht. It has recorded 40% of units sold so far. This is the company's second condo project in the province, following Ocean Residence Mittraphap-Khon Kaen, with 223 units worth 350 million baht completed by the end of last year. "The first project saw 40 units returned by customers as their mortgage lending applications were rejected. However, 30 units were re-sold to new customers. If the outbreak had affected the province, those units could not have been sold," said Mr
Real Estate

Investors Diurnal Team - November 3, 2020 0
Condo developers try discount pricing Recovery strategies focus on bolstering cash flow through sales promotions or shrinking land banks, says JLL Bangkok's condo market has felt the growing impact of the pandemic on Thailand's economy and outlook. All market segments are witnessing a slowdown in sales and more intense competition. In response to an increasingly challenging market environment, developers are compelled to reimagine their approach to managing cash flows, says property consultancy JLL. "Many property developers in Bangkok, particularly in the condominium sector, are using various strategies to bolster sales and mitigate risk as they face an unprecedented period of slow sales because of a supply glut and softening demand," said Michael Glancy, head of transaction business at JLL. Promotional packages are commonplace. These include incentives such as police discounts, free furniture, no ownership transfer fee, down payment-free periods for up to 24 months, and zero interest on down payments. Discount pricing is becoming a more popular approach, especially in completed developments where developers want to clear their backlog to accelerate receivables. In a basket of completed prime condo developments where JLL recently surveyed prices, discounts offered on units in the backlog
Real Estate

Investors Diurnal Team - November 16, 2020 0
A sample unit of a semi-detached house. Frasers Property Thailand is wading into the segments of single detached houses in inner-city locations and luxury condos. SET-listed developer Frasers Property Thailand (FPT) plans to launch at least 27 new residential projects worth a combined 35 billion baht in 2021, aiming to have a revenue growth of 10% to 16 billion baht. Saenphin Sukhee, chief executive of Frasers Property Home (FPH), one of FPT's business units, said three projects will be in new segments: single detached houses in inner-city locations and luxury condos. "The economy and property market will improve next year despite the uncertainty of the pandemic and the political situation," he said. "Market competition and household debt will remain high." Frasers plans to launch a new luxury condo project worth 5 billion baht in either late 2021 or early 2022, as it plans to spend 2