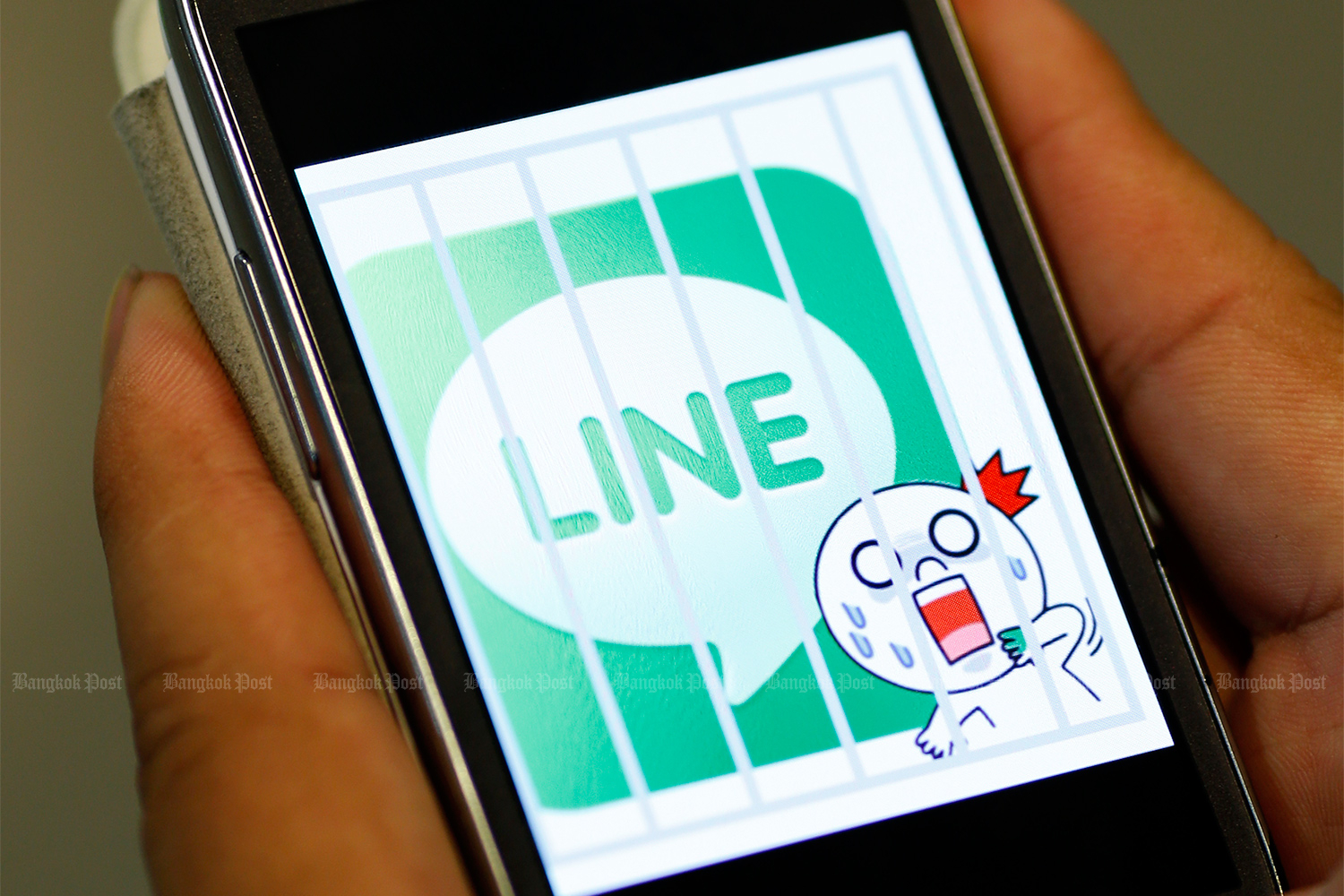 The Line messaging app was down for about 15 minutes on Monday. (Bangkok Post file photo)

Line app services were down for 15 minutes on Monday due to the problem of servers in Japan, its office in Thailand said.

The most popular mobile message app in Thailand was dead, or had unstable connections for some users, from 12.45pm until it returned to normal 15 minutes later.

Line Thailand said later the problem was traced to a server in Japan.

Thais are among the biggest fans of Line, with 45 million users this year, according to a Nielsen survey.

The brief failure on Monday led to #LineCollapse being the most popular Thai-language hashtag, and some users made fun of it.

“I wondered why my girl didn’t return my Line chat,” one user joked.

Mr. Obama, The ‘Strangulation’ Victim Is Not George Floyd

'Pandemic' chosen as Word of the Year

With Liberty and Justice for All

Investors Diurnal Team - November 23, 2020 0
Prosus NV first-half earnings jump 29% in the fiscal first half. The Dutch company reports £154.82 million of operating loss. Prosus values its proceeds from minority stakes at £2.17 billion. Prosus NV (AMS: PRX) reported a 29% annualised growth in its H1 earnings on Monday to £1.65 billion. The company attributed the increase primarily to significant returns from its investment in China’s Tencent, that helped offset losses from its other businesses. Prosus NV was reported more than 1% up in premarket trading on Monday and jumped another 1% on market open. At £81.70 per share, its shares that you can learn to buy online here, are now 35% up year to date in the stock market, after recovering from a low of £43.82 per share in March, when the COVID-19 crisis wreaked havoc on global businesses. Prosus debuted in the stock market at a per-share price of £65.66 in September 2019.   Are you looking for fast-news, hot-tips and market analysis? Sign-up for the Invezz newsletter, today. Prosus reports £154.82 million of operating loss in H1 Prosus, that currently has a 31% stake in Tencent, had its core headline earnings capped at £1.27 billion in the same period
Asia

Investors Diurnal Team - November 12, 2020 0
Tencent Holdings’ revenue jumps 29% in the fiscal third quarter. The Chinese multinational reports £4.45 billion of net profit in Q3. The tech conglomerate says advertising revenue is still under pressure. Tencent Holdings Ltd. (HKG: 0700) said on Thursday that its net profit in the fiscal third quarter posted a massive 89% growth on a year over year basis. The company attributed its hawkish performance to better cost efficiency and robust demand for its gaming business that resulted in higher revenue. Tencent Holdings Ltd. closed the regular session about 1% up on Thursday. Shares of the company are now trading at £66.55 versus a much lower £38.52 per share in March when COVID-19 restrictions were at their peak. Tencent had started the year at a per-share price of £44. Trading stocks online is easier than you think. Here’s how you can buy shares online in 2020. Are you looking for fast-news, hot-tips and market analysis? Sign-up for the Invezz newsletter, today. Tencent reports £4.45 billion of net profit in Q3 Tencent said that its net profit in the third quarter came in at £4.45 billion. According to FactSet, experts had forecast a much lower £3.44 billion of profit
Tech

Focusing on the future

Investors Diurnal Team - November 17, 2020 0
Focusing on the future Renowned illustrator Yozanun Wutigonsombutkul invites all to visit his unique exhibition and send a letter to themselves 10 years down the line Yozanun 'Suntur' Wutigonsombutkul and The Perfect Love Has Been In A Coma (music by The 10th Saturday). (Photos: Pornprom Satrabhaya) What kind of message would you like to send to your future self in the next decade? At the art exhibition "A Little Letter From Someone Somewhere" by renowned illustrator Yozanun Wutigonsombutkul -- better known as Suntur -- sending a letter to your future self is an activity that many young visitors are interested in. As part of the exhibition, which is now on view at JWD Art Space, visitors can sit down and write their messages on postcards. In a room titled A Letter To Future You, visitors line up to place their letters in a red mailbox surrounded with spectacular projection mapping and diorama techniques created