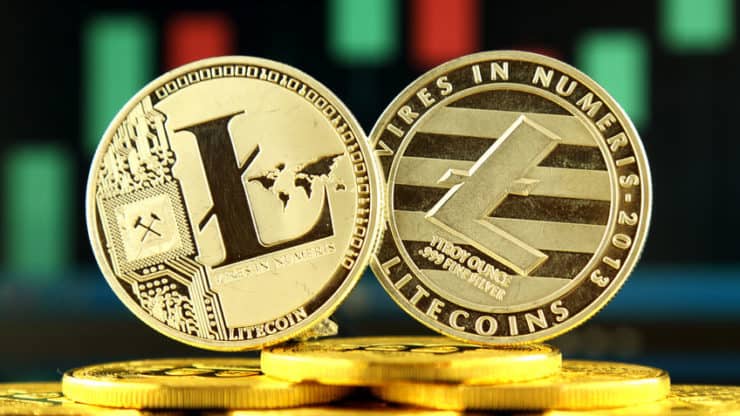 Litecoin (LTC) price recorded one of the biggest daily losses yesterday when it closed over 18% in the red.

Flare Networks said it plans to airdrop Spark (FLR) tokens to Litecoin owners ahead of the launch of its mainnet later this year. The blockchain network also said it has slashed the 5 billion tokens originally planned for distribution to cover the airdrop.

Flare said it will integrate with Litecoin to offer DeFi services to the cryptocurrency, allowing LTC “to be used trustlessly on Flare with Ethereum style smart contracts” and pledging “interoperability and composability” for it.

The fourth and the fifth largest digital currencies in the world by market value, XRP and Litecoin, will now both be available on Flare. Last week, LTC and XRP soared more than 28% and 40%, respectively. XRP has surged sharply despite the fact that the company is facing a lawsuit filed by the SEC.

This is the second major Flare airdrop. Last month, the network airdropped 45,827,728,412 Spark tokens, which will be distributed to XRP owners in the first half of this year.

The ratio between XRP and FLR holders is close to 1:1, said Hugo Philion, chief executive and co-founder of Flare Networks. Flare will issue 1.0073 Spark tokens for every XRP token owned by an eligible participant.

While major exchanges including Coinbase, Bittrex, and others have prohibited the trading of XRP, Flare promised XRP holders that they will receive their FLR tokens.

Litecoin price lost over 18% yesterday to accelerate the correction that has started on Sunday. This move came after the LTC price more than doubled in November and December amid significant buying interest shown in Litecoin.

The correction has stopped near the $110.00 mark, where the key 61.8% Fibonacci retracement level is located. From the technical perspective, the correction may have ended as the pullback is mature enough. The major target on the upside remains the $220 area.

Flare Networks announced its plan to airdrop FLR tokens to holders of Litecoin before its mainnet rollout later this year.

Topshop might be acquired by online fashion retailer ASOS: report

Investors Diurnal Team - December 25, 2020 0
Ripple (XRP) price is recovering after it collapsed amid the U.S. Securities and Exchange Commission (SEC) filed a complaint against Ripple.  Fundamental analysis: SEC lawsuit official The SEC believes that XRP is a security and not a currency and that it should have been registered as one with the agency when it launched years ago. The agency alleges that Ripple’s leaders Bran Garlinghouse and Chris Larsen made over $1.38 billion from XRP sales. The latest funding round of $200 million took Ripple’s value to $10 billion. While in theory Ripple and XRP operate separately, the company holds a large part of the coin’s market capitalization. Ripple denied the SEC’s allegations and said that XRP is not a security but a tool designed for financial institutions.  However, due to its volatility, many banks did not adopt the coin. On the other hand, XRP can be bought on a number of crypto exchanges and this could widen the reach of the SEC’s lawsuit and affect other crypto companies as well.  Not long after the SEC filed its complaint, Garlinghouse wrote a blog post where he said the agency’s allegations were “completely wrong on the facts and law’” and that Ripple was
Cryptocurrency

Investors Diurnal Team - December 28, 2020 0
Stellar (XLM) price is trading over 4% higher today to slightly reduce big losses that have been recorded so far in December.  Fundamental analysis: Stellar Development Foundation invests $3M in Settle Network The Stellar Development Foundation said it made a strategic investment in the biggest Latin American digital assets settlement network across for exchange and cross-border payments Settle Network. Are you looking for fast-news, hot-tips and market analysis? Sign-up for the Invezz newsletter, today. The SDF’s investment of $3 million in lumens is expected to improve Settle’s array of payment tools including fiat-to-crypto on-ramps for B2C and B2B users, stablecoin issuance and marketplace, as well as stablecoin payment processing and merchant gateway. “Settle Network is delivering on the vision and mission of Stellar, putting blockchain technology and access to finance into the hands of people that need it,” said Denelle Dixon, chief executive and managing director of SDF.  “With this shared mission driving us, our investment represents the tremendous success of Settle to date in serving LATAM communities and its potential to make stablecoin technology accessible and useful globally. That’s how together we scale and bring greater adoption of blockchain technology.” The total supply of stablecoins doubled in
Cryptocurrency

Investors Diurnal Team - January 19, 2021 0
Ethereum (ETH) price soared nearly 15% on Tuesday to touch a new record high of $1,440.  Fundamental analysis: Ethereum continues as Bitcoin takes a break Ethereum reached its previous all-time high of $1,420 in January 2018, helped by Bitcoin’s rally at the end of 2017. In a similar fashion, ETH waited for BTC to clear the way before pushing higher as BTC buyers took a step back.  Are you looking for fast-news, hot-tips and market analysis? Sign-up for the Invezz newsletter, today. Bitcoin price has been hitting record after record over the past several weeks. The number one cryptocurrency nearly broke above $42,000 at the start of the month but has seen a pullback afterwards.  Bitcoin is up nearly 30% year-to-date and has soared over 800% since collapsing in March last year. According to some analysts, Bitcoin’s rally has been driven by increased adoption among institutional investors as well as an unprecedented stimulus by global central banks amid the coronavirus pandemic, giving rise to concerns over inflation and currency devaluation.Ethereum has launched a major upgrade at the end of 2020 under the name Ethereum 2.0, which aims to make the network faster and improve its security. “The Ethereum technology has undergone a tremendous amount of development since reaching it’s 2017 high,” said Nicholas Pelecanos, head of trading at crypto firm NEM. “At that time, the new capital investment in the space was largely speculative and for functionalities that were still in development.” Technical analysis: What’s next? Ethereum price is now up over 15% this week to increase its monthly gains to nearly 100%. This is even more impressive bearing in mind that ETH gained nearly 60% and 20% in November and December, respectively.  Ethereum daily chart (TradingView) Going forward, it remains to be seen whether ETH buyers are able to force a weekly close above the previous high of $1,420. In this case, the next target