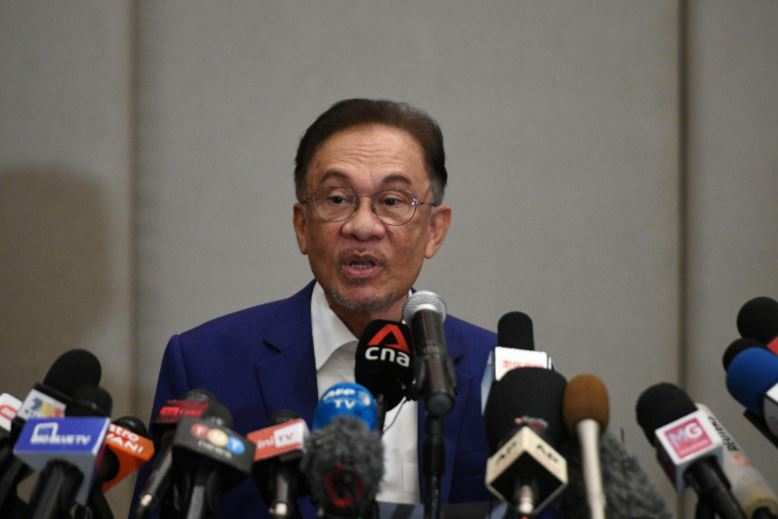 The palace said Anwar only provided the number of members of parliament who he said back his bid to become prime minister and not their identities, and it urged him to respect the constitutional process.

Investors Diurnal Team - October 20, 2020 0
LAHORE: Pakistan Muslim League-Nawaz (PML-N) chief and Opposition Leader in the National Assembly Shehbaz Sharif was sent to jail on Tuesday in a money laundering case.Shehbaz, the younger brother of three-time former prime minister Nawaz Sharif, was arrested by the National Accountability Bureau (NAB) on September 28 after a court here rejected his bail application in the Rs 700 crores money laundering case.Next day, the 69-year-old former chief minister of Punjab province was sent on a physical remand by an accountability court.On Tuesday, an accountability court of Lahore rejected the NAB's plea seeking further extension to his physical remand.Shehbaz told the court that NAB didn't ask any questions about money laundering during his three weeks detention.Talking to reporters, Shehbaz criticised the Imran Khan government for arresting Mohammad Safdar, son-in-law of Nawaz Sharif, for raising slogans in giving respect to the ballot.Safdar was on Monday briefly arrested from his hotel room in Karachi, a day after he staged a protest at the tomb of the country's founder and attended a joint opposition rally.Shehbaz also termed unholy alliance of Imran Khan and NAB behind political victimisation of opposition leaders. He has been shifted to Kot Lakhpat jail in Lahore.Maryam Nawaz, daughter of
World News

Investors Diurnal Team - October 27, 2020 0
DUBAI (REUTERS) - Iran's Foreign Ministry has summoned the French charge d'affaires over alleged insults against Islam's Prophet Mohammad, Iranian state broadcaster IRIB reported on Tuesday (Oct 27). A ministry official told the diplomat during their meeting on Monday that Iran strongly rejected "any insult and disrespect to the Prophet of Islam..., and Islam's pure values of Islam by any person regardless of their position", IRIB said on its social media feed. The move came in reaction to remarks by French President Emmanuel Macron perceived to be critical of Islam that have also sparked responses in the Muslim world over France displaying images of the Prophet Mohammad that Muslims consider blasphemous. Earlier on Tuesday, Saudi Arabia birthplace of Islam, also condemned the cartoons offending the Prophet and any attempts to link Islam with terrorism but did not echo calls by other Muslim states for action to be taken. A foreign ministry official also said in a statement that the Gulf state condemns all acts of terrorism, in an apparent reference to the beheading of a teacher in Paris this month by an Islamist radical avenging the use of cartoons of the Prophet in a class
World News

Investors Diurnal Team - October 26, 2020 0
BEIJING: China's Communist leadership will discuss Xi Jinping's ambitious carbon neutral pledge in talks that began Monday on the country's economic strategy for the next five years.The climate goals, which challenge the world's biggest polluter to reach peak emissions in 2030 and go carbon neutral 30 years later, are the most concrete environmental action announced by Beijing yet but are thin on public detail.The latest plenary will discuss the country's new five year plan, to take effect from 2021, which is expected to flesh out how a country that accounts for a quarter of the planet's greenhouse gases will rewire the economy to meet Xi's targets.The opaque meetings are always held behind closed doors, without media access, and a statement outlining decisions made by the leadership is usually published after the gathering concludes.China's draft five year plan will then be presented to its rubber-stamp parliament, the National People's Congress, for formal approval.The carbon promise, announced last month in a speech by Xi to the United Nations, came as a surprise as China has relied heavily on coal to spur its economic emergence from poverty to superpower status over the last few decades.Its five year plans are "not designed to attract