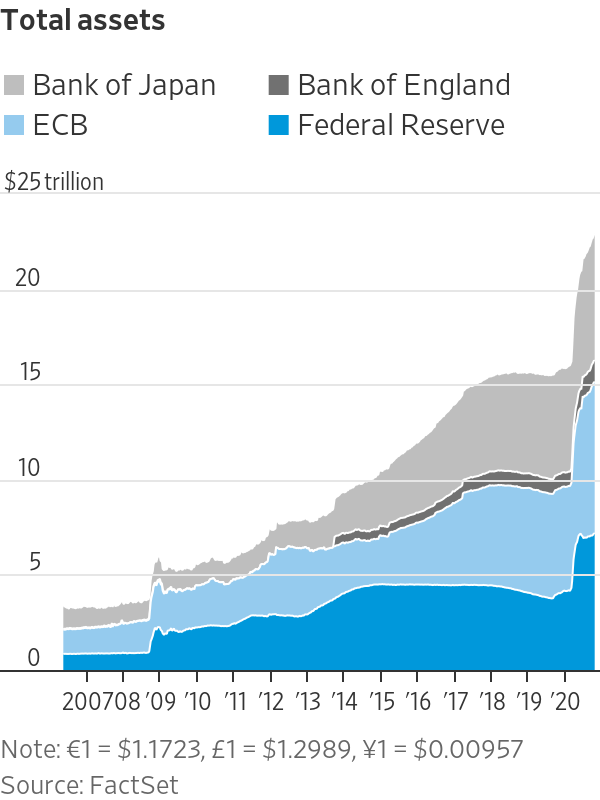 The second Covid-19 wave is prompting a fresh wave of “quantitative easing.” Investors can afford to look away: The central-bank money machine has become a poor guide to their decision-making.

On Thursday, the Bank of England said it would buy an extra £150 billion, equivalent to $197 billion, of U.K. government debt, just as England instituted a new lockdown. Others may follow: If this week’s U.S. election leads to a divided government, one result would likely be less fiscal stimulus, making the Federal Reserve step up. The European Central Bank has suggested it will redouble its efforts in December.

Among many analysts, counting the billions coming into the market has become a hallowed tradition. The extra money, they claim, must go somewhere, and often ends up in equity markets. Monetary easing is also supposed to automatically weaken currencies.

Investors should discard these misleading short-hands.

We “have injected an additional £150 billion into the economy,” the BOE said Thursday. When central banks buy bonds, though, this doesn’t inject new wealth into the economy; it swaps assets for cash holdings of equal value. 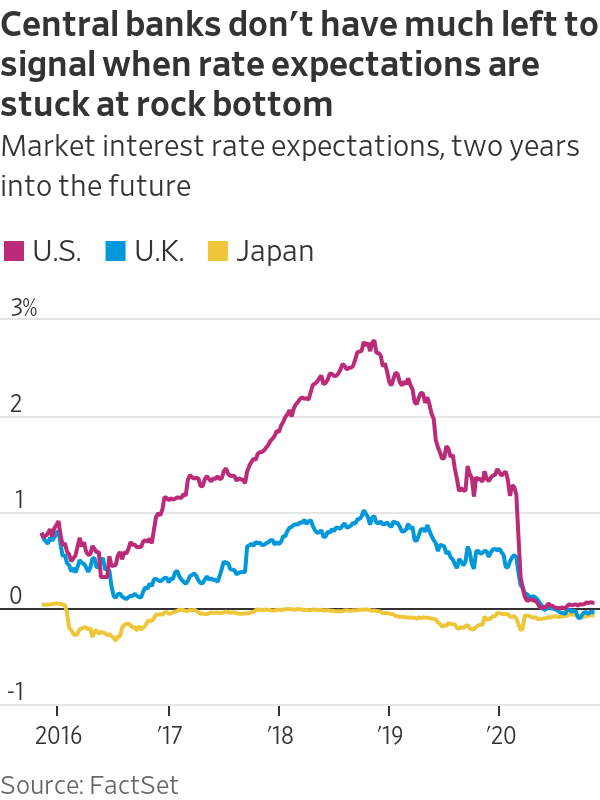 Much confusion stems from officials using this tool for different objectives.

One is that buying assets increases their liquidity, which sometimes serves as a backstop for securities such as corporate bonds. When markets freeze severely, as they did in March, it can help even ultrasafe Treasurys, and safeguard the entire financial system.

The most common justification for quantitative easing over the past decade, though, has been to boost the economy by pushing down long-term borrowing costs. Buying bonds at market prices doesn’t bid up their price that much. Instead, most of the tool’s power is rhetorical: Central bankers have used it to signal how long they were willing to keep rates low, since investors knew borrowing costs wouldn’t rise until the buying was over. It is expectations of low rates that lower yields. 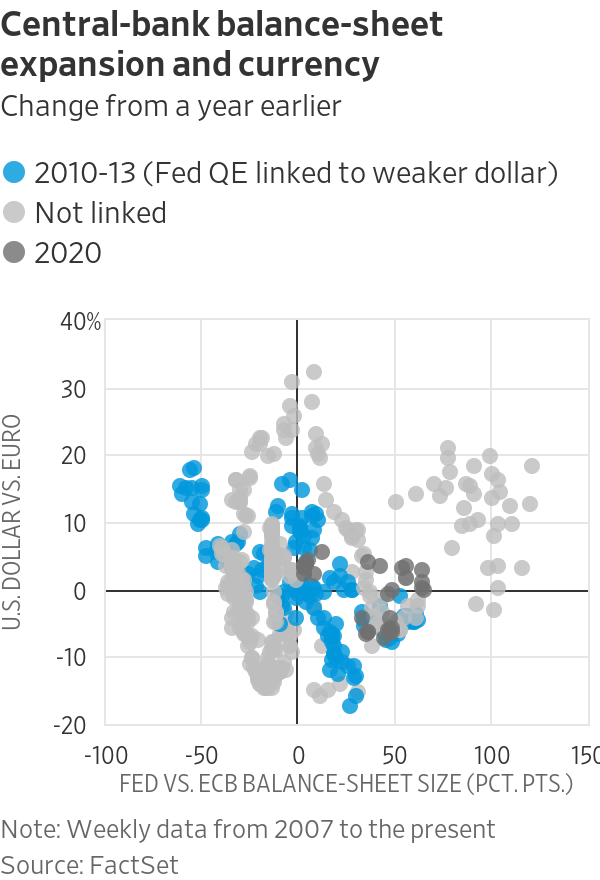 Right now, bond buying will do little to help either objective.

Markets aren’t facing liquidity issues, even if the BOE’s move was seen by some economists as an underhand way to help the British Treasury. When a car isn’t short on fuel, adding more gas to the tank doesn’t make it run faster.

Likewise, Covid-19 has pushed yields so low that they don’t have further to go. Even when investors started to anticipate a fiscally expansive “blue wave” in the U.S. a few days ago, rate expectations mostly remained stuck near zero, derivatives markets show. Buying more bonds is mostly meaningless because it doesn’t tell the market anything it doesn’t know.

Monetary stimulus only impacts stocks and currencies because it affects rates. Case in point: Sterling rose Thursday despite the BOE announcing millions in debt purchases, because officials once again refused to take rates negative. Central-bank balance sheets have sometimes appeared to correlate with exchange rates, such as between 2010 and 2013, but this is no longer the case, data suggests.

Of course, this could change. U.S. and U.K. policy makers could embrace negative rates after all—though their negative effects on banks have made them increasingly unpopular. Or the economy may recover far faster than expected. In both cases, expectations would need steering again. At the moment, however, rates seem inert. This means economic data could become a much more important driver of currency trading. In turn, the economy can now only be steered by fiscal policy.

Regardless, listening to central banks won’t yield as much market insight as it once did. They don’t have much left to say.

Where is Amazon’s Jeff Bezos headed next?

Visa says net income contracted to £1.65 billion in the fiscal...

Investors Diurnal Team - October 28, 2020 0
Visa says net income contracted to £1.65 billion in the fiscal fourth quarter. The financial services corporation reports a 4% growth in payment volumes. The American multinational's fourth-quarter revenue slides to £3.93 billion. Visa Inc. (NYSE: V) said on Wednesday that signs of improvement were evident in its overall payment volume in the fiscal fourth quarter. The company, however, acknowledged the impact of the Coronavirus pandemic that continues to curb international travel. Visa Inc. was reported about 1.5% up in extended trading on Wednesday. Shares of the company are now exchanging hands at £141 per share. The stock had started the year at a per-share price of £147 but had plummeted to a year to date low of £104.54 per share in March due to COVID-19 restrictions. Confused about choosing a reliable stockbroker to trade online? Here’s a comparison of the top few to make selection easier for you. Are you looking for fast-news, hot-tips and market analysis? Sign-up for the Invezz newsletter, today. Visa reports a 4% growth in payment volumes On a constant-dollar basis, Visa said that payment volume posted a 4% growth in Q4. Cross-border volume, on the other hand, came in 41% lower excluding
Economy