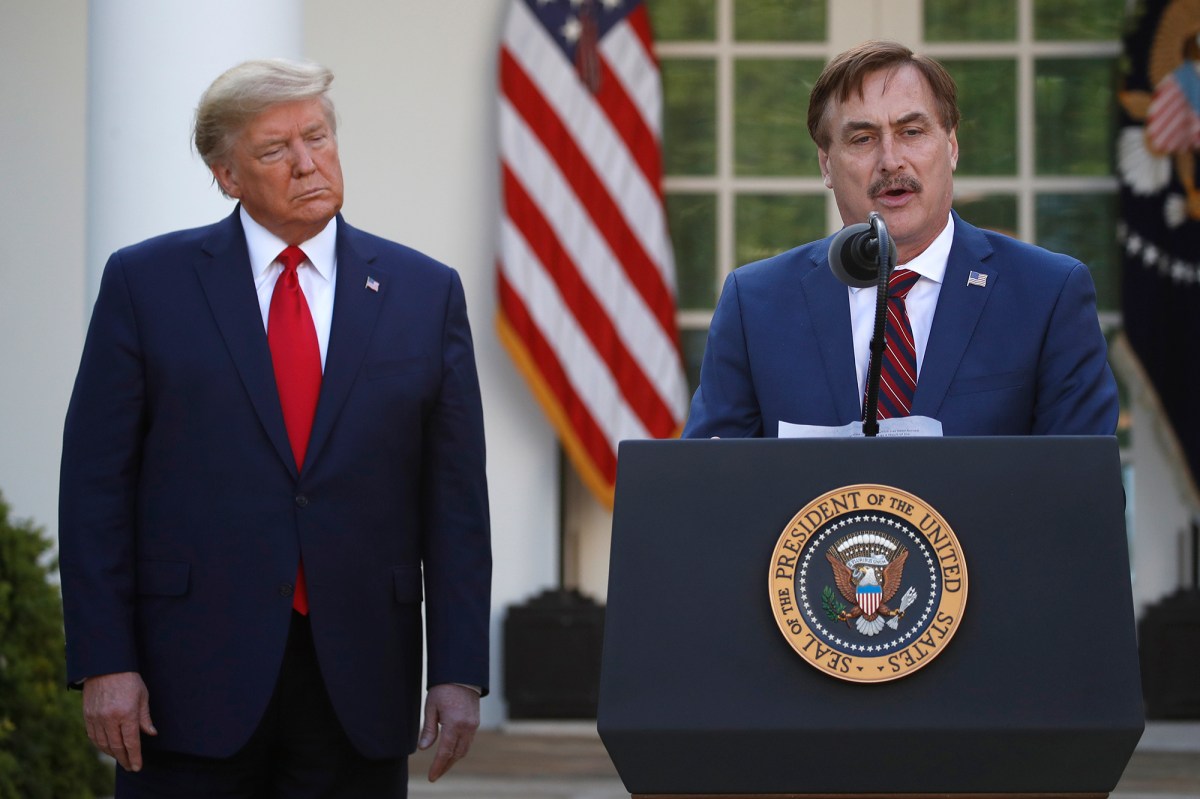 Pro-Trump businessman Mike Lindell on Monday escalated his legal fight with voting machine company Dominion Voting Systems, responding to its recent defamation case with a countersuit of his own.

Lindell’s privately owned company, My Pillow, sued Dominion in federal court in Minnesota, alleging a campaign to “silence” and “punish” him for his claims about the election software company.

The lawsuit came two months after Dominion brought a $1.3 billion dollar case against Lindell in federal court in Washington.

“This is a meritless, retaliatory lawsuit, filed by My Pillow to try to distract from the harm it caused to Dominion,” Stephen Shackelford, a lawyer for Dominion, said in a statement.

Lindell used his personal Twitter account, which had nearly half a million followers before being suspended, and media appearances to falsely claim that Dominion’s voting machines rigged the election.

Dominion’s Feb. 22 lawsuit, which named both Lindell and Chaska, Minn.-based My Pillow as defendants, accused the businessman of launching a “defamatory marketing campaign about Dominion that reached millions of people and caused enormous harm to Dominion.”

The new My Pillow lawsuit said Dominion’s litigation against him violates his right to free speech under the First Amendment of the US Constitution.

Under US law, the First Amendment only applies to government officials and entities, not private companies. Lindell argues that Dominion, because of its role in helping administer elections, was acting “under color of law” and should be viewed like a government entity.

Jessica Levinson, a professor at Loyola Law School, said My Pillow’s lawsuit showed a “misunderstanding” of the First Amendment and would be dismissed.

“It’s an abuse of the court system,” she said.

Taiwan sees ‘political warfare’ in dispute with China over vaccines

Should you put a trip on your credit card?

Far-Right Extremist Finds an Ally in an Arizona Congressman