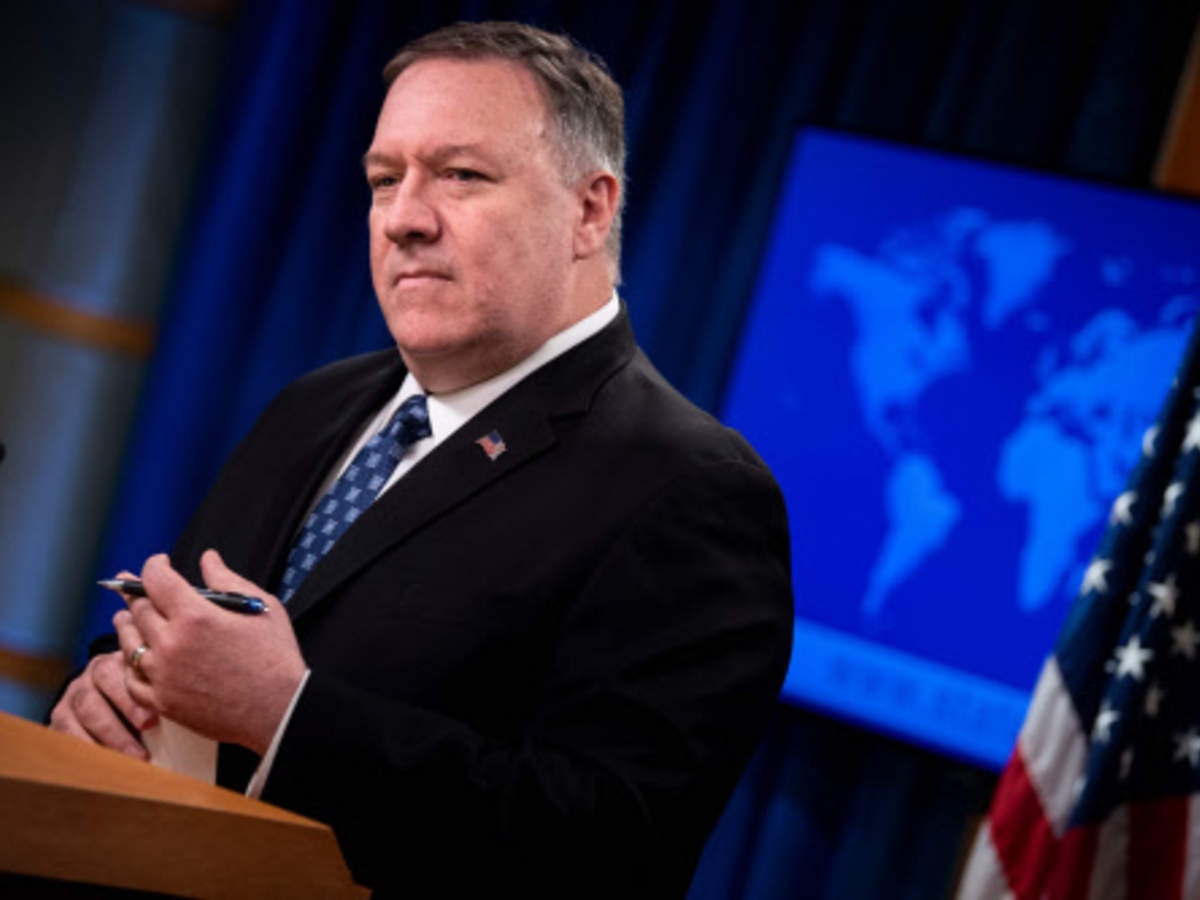 “They simply believe that they are worthy of freedom and the unalienable rights due to every person,” Pompeo said in virtual remarks delivered at the John S McCain Freedom Award Ceremony on Wednesday. “They aren’t alone in that belief. America stands with them.”

Lock up Bidens, Trump urges at rally as he trails in polls

'Pakistan will not be able to escape FATF grey-list'

Investors Diurnal Team - October 25, 2020 0
WASHINGTON: President Donald Trump swept into office nearly four years ago as an outsider who promised to get things done quickly on behalf of the American people through sheer force of will and unrivaled knowledge about the art of the deal.He has checked off some items on his to-do list.Trump pushed through the most significant overhaul of the US tax system since President Ronald Reagan. Trump, as he said he would, tilted the Supreme Court further to the right with confirmation of two conservative justices and likely a third, Amy Coney Barrett, in the coming days. His promise to get tough on illegal immigration has resulted in a surge in migrant apprehensions at the US-Mexico border.But Trump has also faced the same hard truth that each of his White House predecessors learned: Governing is rarely easy.A look at some of the president's unfinished business as he asks voters for a second term in the White House:HEALTH CARETrump has managed to undermine President Barack Obama's health care law, but has fallen far short of his promise to repeal and replace the Affordable Care Act.His administration has managed to dismantle parts of the law. Enrollment periods have been shortened, some subsidies were
World News

Investors Diurnal Team - October 21, 2020 0
ISLAMABAD: Pakistan is unlikely to exit the Financial Action Task Forces (FATF) grey list as it has been unable to comply with six of the 27 points in the global watchdogs action plan, a media report said citing diplomatic sources as saying.The Express Tribune report quoted the sources as saying on Tuesday that Pakistan will "succeed in exiting the grey list by June next year".The report came a day ahead of the group's virtual plenary session which will review Pakistan's progress on the 27-point action plan.The session will conclude on Friday. Pakistan was placed on the grey list in June 2018 for failing to take adequate measures against money laundering and terror financing.It was then given a 27-point action plan with a warning that failing to implement it would lead to its blacklisting.Pakistan won a three-month further extension to complete its 27-point action plan because of the coronavirus pandemic.The deadline was June this year but the FATF extended it due to the postponement of its plenary.