Investors backing musical heavy hitters such as Bon Jovi and Journey are profiting this year as homebound listeners tune in to music-streaming services, boosting the value of song catalogs and the royalty payments they generate.

Streaming figures have bounced back after a pandemic-induced blip earlier in the year. Third-quarter results from music-streaming market bellwether
Spotify Technology SA
showed the company added more users than expected and users spent more time listening. Shares of Spotify are up 60% this year, and have more than doubled since the start of 2019. New York-listed shares of Chinese streaming company
Tencent Music Entertainment Group
have risen more than 26% this year.

The resilience of recorded-music revenue has benefited rights holders who earn money when songs are streamed, bought or performed. Now one New-York based publisher is pursuing an initial public offering in a bid to cash in on the market’s strength. 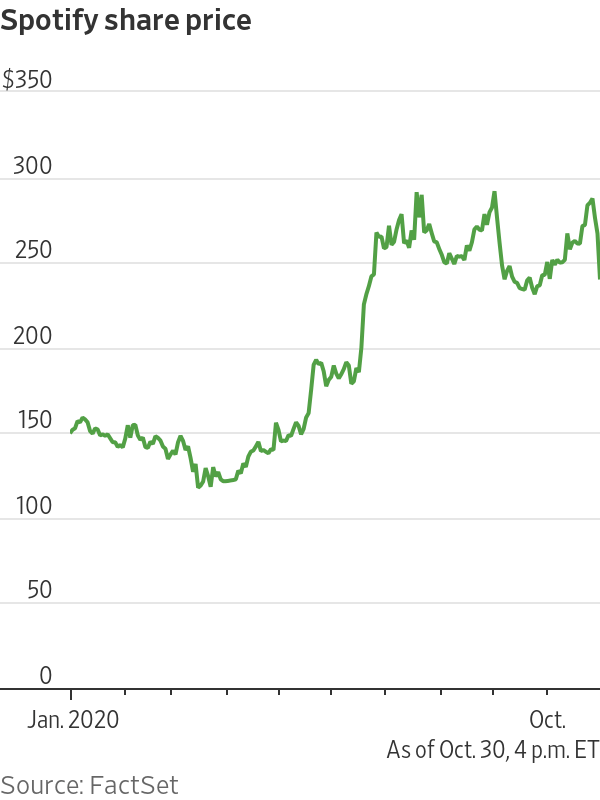 Round Hill Music, a New York-based publishing company, said in October that it would list shares of a music-royalties fund on the London Stock Exchange. The company says it is looking to raise $375 million to invest in the rights to more than 120,000 songs, including tracks by Elvis Presley and the Rolling Stones.

The Round Hill Music Royalty Fund’s float follows the 2018 debut of the
Hipgnosis Songs Fund Ltd.
, which holds rights to more than 24,000 songs, including Bon Jovi’s “Livin’ on a Prayer,” and “Don’t Stop Believin’ ” by Journey.

Shares of that fund have risen 6.4% this year, according to FactSet. Its peers in the FTSE 250 index have fallen roughly 21% in that time.

Round Hill’s fund will look to invest in well-known hits with a proven record of earning income. Songs of that type have been a relative bright spot this year as streamers turned to the comfort of older, more familiar tracks.

Music royalties have grown more popular with investors as the growth of streaming services has helped reinvigorate the market for recorded music. 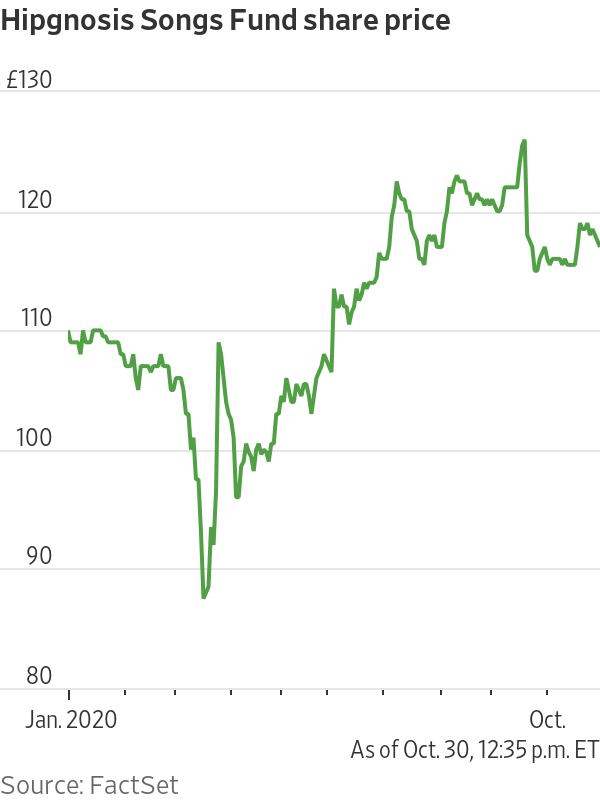 Streaming revenue rose to $11.4 billion last year from $9.2 billion in 2018, according to the International Federation of the Phonographic Industry, accounting for more than half of global recorded-music revenue for the first time. Recorded-music revenue topped $20 billion in 2019 for the first time since 2004. Goldman Sachs estimates the market could hit $45 billion by 2030.

Spotify said it added about six million premium subscribers in the three months to September, bringing its total to 144 million, and expects to end the year with as many as 154 million.

Music royalties are particularly appealing with bonds offering such low yields, Mr. Nevins said. A need for diversification and income motivated the investment in Hipgnosis.

“One of the big advantages Round Hill will find is Hipgnosis has already done a lot of the education work with investors,” Mr. Nevins said. 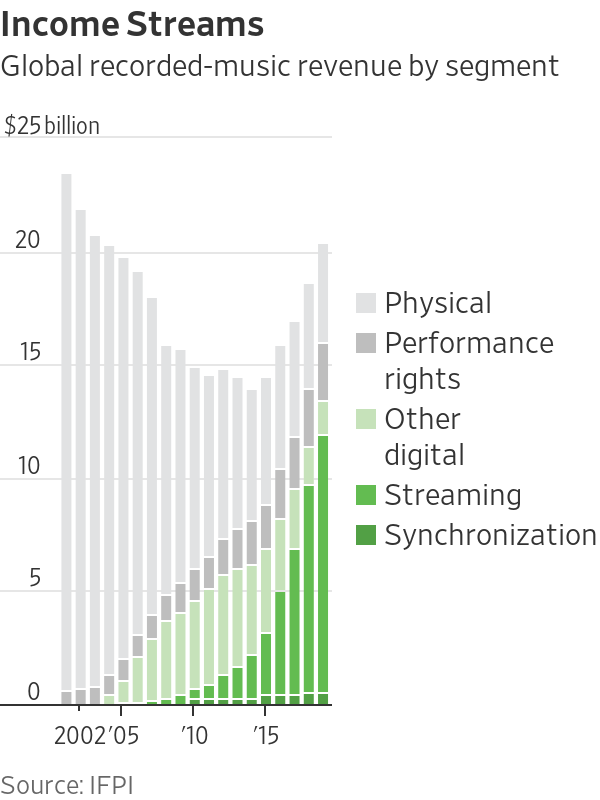 Investors tend to be attracted to music royalties because they offer relatively stable income uncorrelated to other asset classes. Royalties have proven resilient in part because those investors often have long investment horizons and are less likely to be deterred by short-term fluctuations, said Nari Matsuura, a partner at Massarsky Consulting, a financial consultancy specializing in the music and movie industries.

The collapse of live-music revenue has pushed some songwriters to sell the rights to their catalogs, but investor demand has kept pace with a surge in supply, said Ms. Matsuura. Her firm performs catalog valuations for music publishers and record labels, and acts as outside valuation consultant for Round Hill Music and Hipgnosis. That demand has meant net publisher’s share multiples—a measure of how much investors pay relative to a song’s trailing annual earnings—have stayed high, she said.

With large gatherings limited during the coronavirus pandemic, artists are experimenting with new ways to perform, and some of these shows are already attracting millions of fans globally. WSJ explains. Image: Epic Games

Tesla, T-Mobile, Ra Medical Systems: What to Watch When the Stock...

Disney, DraftKings, Palantir, Li Auto: What to Watch When the Stock...

The Duty-Free Business Must Reroute to China

Investors Diurnal Team - November 9, 2020 0
Beijing is using the Covid-19 crisis to encourage China’s globe-trotting consumers to spend more back at home. Europe’s stricken duty-free operators have to follow them. Airport shops are still all but empty. Paris-listed Lagardère said last week that sales in its travel retail division fell 66% over the three months through September, compared with the same period of 2019. Larger Swiss rival Dufry reported an even sharper 80% drop for its third quarter. Both businesses have scrambled to save cash this year by cutting dividends, laying off workers and renegotiating the fees they hand over to airport landlords. Global passenger numbers won’t bounce back to normal until 2024, according to the International Air Travel Association. Even then, policies introduced by the Chinese government over the summer mean a chunk of global duty-free spending may have permanently rerouted back to China.