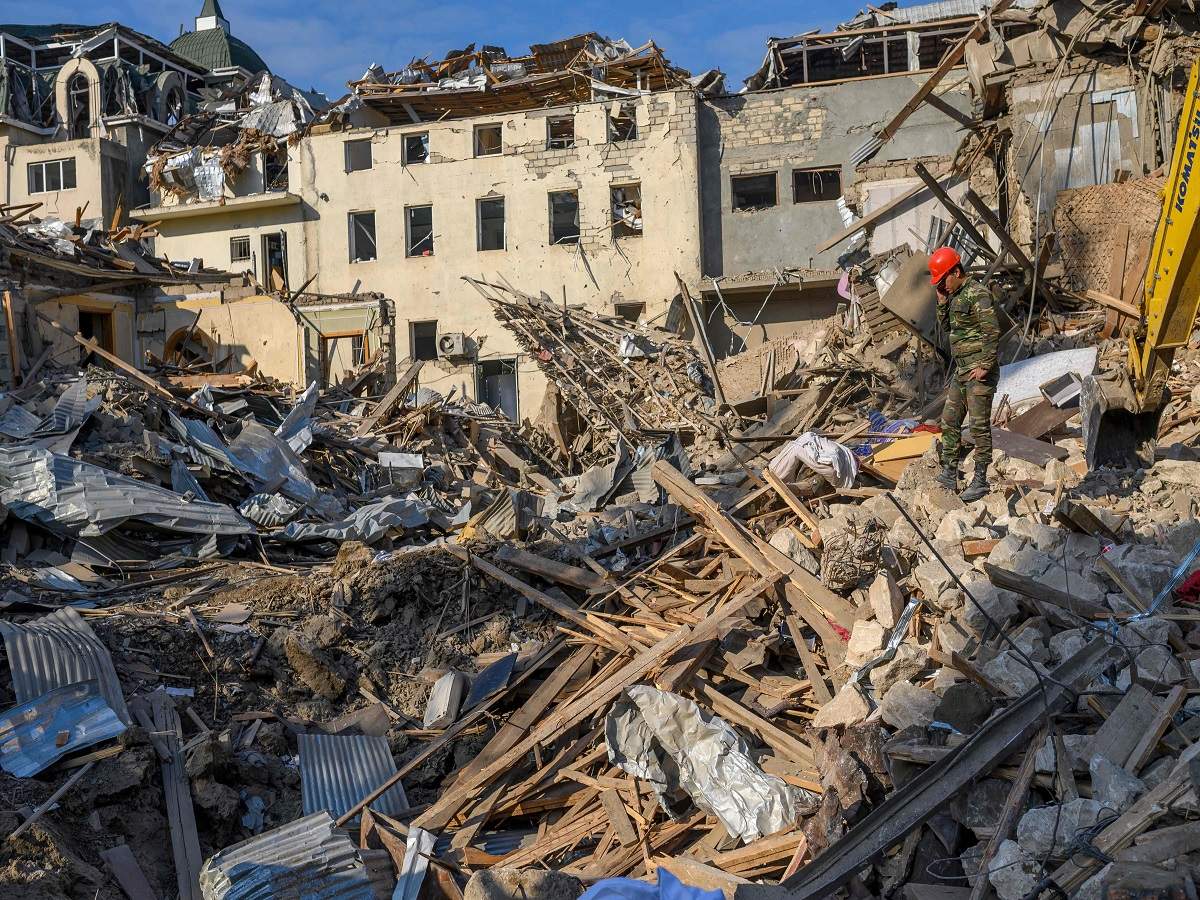 A Russian-brokered humanitarian ceasefire in Nagorno-Karabakh was under severe strain on Sunday, a day after it was agreed, with Azerbaijan and Armenia accusing each other of serious violations and crimes against civilians.

US citizen kidnapped in southern Niger

Why Rio Tinto and China are at loggerheads

Investors Diurnal Team - October 21, 2020 0
WASHINGTON: Former President Barack Obama is returning to Philadelphia on Wednesday for his first in-person 2020 campaign event for Joe Biden.In 2016, the man known as one of the Democratic Party's strongest orators delivered Hillary Clinton's closing argument in the same place at a rally for thousands the night before Election Day on Independence Mall. Now, with the coronavirus pandemic upending campaigning, Obama will be speaking to a much smaller crowd at a drive-in rally, where supporters will listen to him over the radio inside their cars.The format reflects the challenge Democrats face in ginning up enthusiasm and getting out the vote in a year when they've eschewed big rallies in favor of small, socially distanced events, drawing a contrast with President Donald Trump and Republicans on the coronavirus. While Obama is usually one of the party's biggest draws and most compelling speakers, that impact may be blunted by the format.But Democrats say that as one of the men who knows Biden best, both as his former partner in the White House and personally, Obama remains one of the party's greatest assets in the final stretch of the campaign."Especially in Philadelphia, he is the ultimate draw and still a great
World News

Investors Diurnal Team - October 21, 2020 0
WASHINGTON/NEW YORK (REUTERS) - President Donald Trump's re-election coffers shrank in September as he fell behind Democratic challenger Joe Biden in the campaign's money race, putting him at a disadvantage in the final weeks before the Nov 3 election. In a financial disclosure filed on Tuesday night (Oct 20) with the Federal Election Commission, the Trump campaign said it had about US$63 million (S$85.5 million) in the bank at the end of September after spending about US$139 million that month. A month earlier, the Trump campaign reported having US$121 million in cash. Biden's campaign has yet to report its cash holdings at the close of September. But the former vice president's campaign said this month that together with the Democratic Party, it had US$432 million in the bank. Trump and his Republican Party had just US$251 million in the bank, his campaign manager said this month. Biden has held a significant lead over Trump in national polls for months, although Reuters/Ipsos polling shows a somewhat closer race in the battleground states likely to decide the winner. Trump has fallen far behind the Democrat in recent months at fundraising and spending.
World News

Investors Diurnal Team - October 23, 2020 0
STEPANAKERT: Heavy fighting raged Friday over Nagorno-Karabakh even as top diplomats from Armenia and Azerbaijan traveled to Washington for negotiations on settling the neighboring countries' decades-long conflict.U.S. Secretary of State Mike Pompeo's scheduled talks with Armenia and Azerbaijan's foreign ministers follow two failed Russian attempts to broker a cease-fire in the worst outbreak of hostilities over the region for more than a quarter-century.The warring sides traded accusations early Friday involving the shelling of residential areas. Authorities in Nagorno-Karabakh said the town of Martakert and several villages in the Martuni region were struck by Azerbaijani rockets.The Azerbaijani Defense Ministry denied the claim and accused Armenian forces of targeting the Terter, Agdam and Agjabedi regions of Azerbaijan overnight.Amid the relentless shelling, many residents have sought protection from rockets and artillery shells by moving into squalid basements.A few families, including children and elderly women, found refuge in the basement of a school in Stepanakert, the regional capital of Nagorno-Karabakh.One of the residents who found shelter there, Nurvart, said her five sons were all at the frontline along with other ethnic Armenian residents of the region who joined the military amid the recent armed conflict.``They are fighting for our right to live here,'' said