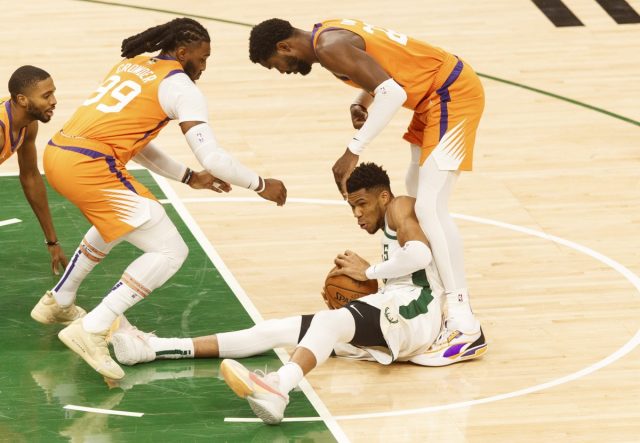 The Milwaukee Bucks have tied up the NBA Finals at 2-2, winning Game 4 on Wednesday evening over the Phoenix Suns 109-103.

The Suns won the first two games at home in Arizona, and now the Bucks have countered, winning the next two games in Wisconsin.

The Milwaukee Bucks were 4.5-point favorites in Game 4 of the NBA Finals against the Phoenix Suns on Wednesday night, according to FanDuel.

Students Warned to Look Out for Rental Scams | BU Today

Investors Diurnal Team - June 1, 2021 0
Nine has struck deals with tech giants Google and Facebook that will mean it gets paid for its news content.The media company announced the...
Tech

This student bought an old school bus on Facebook and converted...

Investors Diurnal Team - May 23, 2021 0
In early 2020, American architecture student Caleb Brackney made a split-second decision that would change his life: he bought an old school bus on...