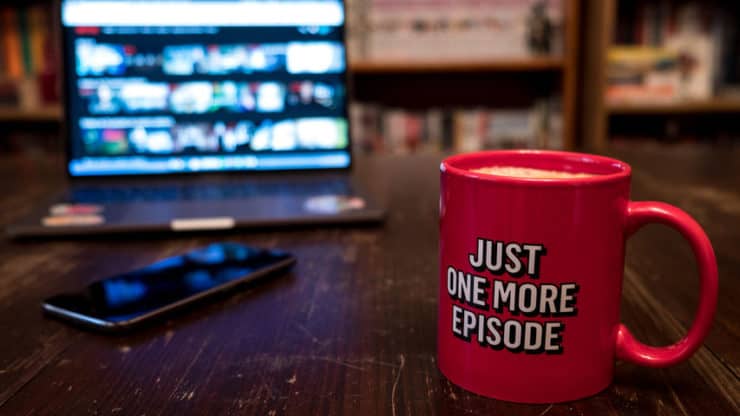 Netflix said it attracted 8.5 million paid net subscribers in the first quarter, bringing the total number of new members to 37 million in 2020. Overall, the streaming giant now has 203.6 million subscribers around the world.

The company reported $25 billion in annual revenue, which is about 1% higher compared to the company’s latest guidance. This means that Netflix is now sustainable and it doesn’t have to raise new funds for its operations.

“2020 was an incredibly difficult year with extraordinary loss for so many families, new restrictions that none of us have ever had to live with before and great uncertainty. We’re enormously grateful that in these uniquely challenging times we’ve been able to provide our members around the world with a source of escape, connection and joy while continuing to build our business,” the company said in a statement.

The operating margin rose to 14.4% from the previously expected 13.8%. For the ongoing quarter, Netflix expects to welcome 6 million paid net adds.

“As we said last quarter, we intend to continue to grow our operating margin each year at an average rate of three percentage points per year over any few-year period, but we anticipate some lumpiness. Some years we’ll be a little over (like in 2020), some years a little under (like in 2021), but we are trying to keep on an average three percentage points per year long-term trajectory.”

Netflix share price soared almost 15% to hit fresh all-time highs above the $575.00 handle in pre-open trading. Prior to today, shares have traded over 7% lower in January after adding more than 10% in December.

A close above the previous all-time high will pave the way for a test of the next target for Netflix investors that sits just above the $600 mark, while the long-term resistance is located at $640.

Shares of Netflix exploded higher in after-market trading session after the streaming platform presented another set of impressive results for the previous quarter.

Newsom Recall Is No Riot

Is Dish Network a buy or sell in February?

Investors Diurnal Team - January 21, 2021 0
Dish Network (NASDAQ: DISH) shares have barely moved in 2020 while there’s been a massive rally in a wide range of stocks. Dish has increased its revenue in Q3 by 42.9% Y/Y, and it can still offer strong potential returns for long-term investors. Fundamental analysis: Dish and Nexstar have reached a multi-year distribution agreement Dish Network Corporation is an American television provider that also offers mobile wireless service to more than 9 million customers. Dish Network is a stable company with a good position on the market, and according to analysts, this company is positioned to weather the COVID-related storms. The company increased its revenue in Q3 by 42.9% Y/Y, and the growth projects will ensure that the numbers will be moving up in the upcoming quarters. Net pay-TV subscribers have increased by more than 116K in Q3, while the retail wireless net subscribers decreased by 212K. Dish has generated $651 million of free cash flow in Q3, and with a market capitalization of $16.9B, this company is not overvalued. Total profit has increased above expectations in Q3, and Citibank has reiterated its buy rating on Dish Network. Citibank has assigned a $39 price target, but it is
features

Investors Diurnal Team - January 16, 2021 0
S&P 500 price closed the week nearly 1.5% lower to record the biggest weekly pullback since October. On the other hand, Goldman Sachs warns that stocks and bond markets could see a short-term pullback, after hitting record highs a week earlier.  Fundamental analysis: Extreme valuation The stock market in the United States had a bullish start at the start of the year amid the ongoing second wave of the coronavirus pandemic.  Are you looking for fast-news, hot-tips and market analysis? Sign-up for the Invezz newsletter, today. U.S. equities hit new peaks, with the S&P 500 and Dow Jones Industrial Average surging almost 70% and the Nasdaq climbing over 80% since the coronavirus outbreak in March last year. Jan Hatzius, head economist at Goldman Sachs, said the U.S. stocks might lose their momentum in the near term. The pullback might prove to be a product of a reiterated focus on the Federal Reserve which may diminish its stimulus program, as well as the expected back-up in long-term interest rates. The 10-year U.S. Treasury yield burst through the 1% mark last week after Democrats triumphed in the runoff elections and after Biden’s victory in the presidential election has been confirmed by the Congress. The yield climbed 1.18% on Tuesday. Treasury yields serve as a benchmark that tracks global bonds, which means that businesses will see the interest rate upon a surge in debt. In other words, companies might have to pay more for the debt, weighing
features

Investors Diurnal Team - January 15, 2021 0
Shares of Xiaomi (HKG: 1810) plunged on Friday after the Department of Defense (DoD) added the smartphone maker to the list of companies that are allegedly connected to the Chinese military.  Fundamental analysis: US investors forced to delist Xiaomi, the world’s third-biggest smartphone maker in the third quarter of the last year, is now added to the blacklist of companies that are affected by Trump’s executive order, signed in November.  Are you looking for fast-news, hot-tips and market analysis? Sign-up for the Invezz newsletter, today. The order prohibits US-based investors from investing in companies that are allegedly controlled by the Chinese military and the ruling communist party. Therefore, investors are now forced to sell out of their stakes in Xiaomi.  “The Department is determined to highlight and counter the People’s Republic of China’s (PRC) Military-Civil Fusion development strategy, which supports the modernization goals of the People’s Liberation Army (PLA) by ensuring its access to advanced technologies and expertise acquired and developed by even those PRC companies, universities, and research programs that appear to be civilian entities,” the DOD said in a statement. Xiaomi responded by dismissing such claims. “The Company reiterates that it provides products and services for civilian and commercial use. The Company confirms that it is not owned, controlled or affiliated with the Chinese military, and is not a ‘Communist Chinese Military Company’ defined under the NDAA,” Xiaomi said in the statement. “[The company