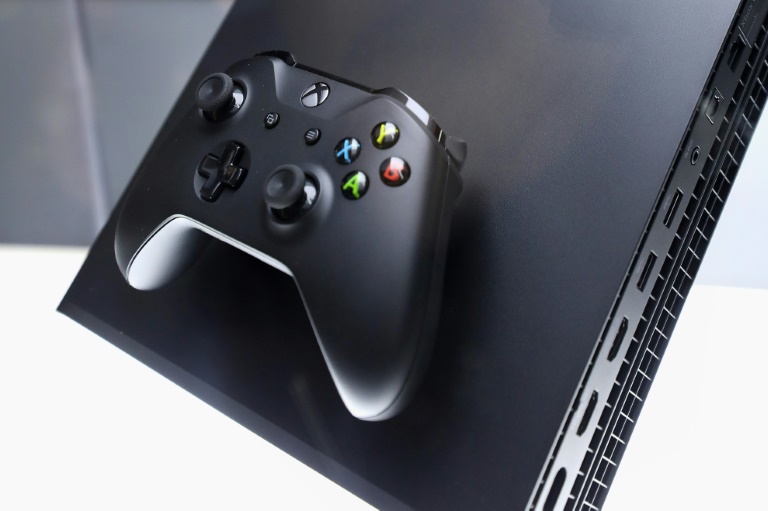 The new Xbox launches just two days before Sony’s next generation PlayStation, in a battle likely to dominate the gaming sector this Christmas

The Xbox Series X launches just two days before Sony’s next generation PlayStation 5, in a head-to-head likely to dominate the gaming sector this shopping season.

The launches are well-placed to capitalise on a massive spike in demand for gaming. Rising numbers of people around the world are seeking distraction during a pandemic that has killed 1.25 million people and left at least 3 billion more in some form of lockdown since the virus appeared in late December.

But while lockdowns and restrictions may have boosted sales, they have also forced companies to move their launch events online.

Xbox, famous for games such as Halo, Gears of War and Forza Horizon, held an online countdown to midnight for Australia and New Zealand.

Phil Spencer, executive vice-president of gaming at Microsoft, told gamers on a Facebook live event that they were taking “the first step into the next generation of gaming.”

“And you will be the first in the world to experience it.”

The pandemic also means no long lines of customers camped outside stores, with the pre-orders snapped up online instead more likely to be delivered to gamers’ homes.

But demand has been brisk, and is expected to stay that way, Morris Garrard, analyst at specialist financial consultancy FutureSource, told AFP ahead of the launch.

“As soon as any stock is available, it is going to be bought out, within a few minutes even,” he said.

He said some of that activity would be people attempting to buy up stock for resale, but that he expects “a high level of excess demand for these consoles, at least in the short term.”

Microsoft is hoping its next-generation offering will help close the gap with Sony, whose PlayStation 4 sold twice as well as the Xbox One since they both were released in 2013.

Unlike the PlayStation 5, whose release will be staggered in different countries from Thursday, the Xbox Series X hit the shelves worldwide on Tuesday.

Both Sony and Microsoft have lined up a roster of eagerly awaited games — headlined by the latest edition of Ubisoft’s Assassin’s Creed, an open-world Viking epic — to launch with the consoles, which will offer much more powerful central and graphics processors than their predecessors.

In a competitive industry where focus is shifting to online play, this could be a swan song for physical consoles, with both firms betting on cloud servers to do the heavy processing lifting in the future.

But for now, the Xbox design team boasts that their product, which looks much like a PC, is “the fastest most powerful ever” console.

The kit, which has potential 8K video capabilities, has a faster graphics processor than the PS5, and superior data-crunching power.

The “premium” Xbox Series X costs $499 — the same price as the PlayStation 5 — but both companies are also offering cheaper, digital-only “mini” versions of the new machines. On these smaller consoles, gamers will be able to play titles as downloads only, not on disk.

Spain's BBVA walks away from merger with Banco Sabadell after confirming tie-up less than...

Alibaba reports a 30% annualised growth in the second-quarter revenue

Stocks tumble at end of record-setting month on Wall Street

Spotify salaries revealed: Data shows how much the company pays for...

Investors Diurnal Team - November 3, 2020 0
Twitter CEO Jack Dorsey will stay on in his leading role, the social media platform's board ruled after an activist investor's bid to oust him SAN FRANCISCO - Twitter's board on Monday said Jack Dorsey will remain chief after a management review prompted by an activist investor's effort to push him out of the job. Twitter in March made a deal with key investors to end an effort to oust Dorsey, creating a new committee on the board of directors to keep tabs on company leadership. The plan called for a fresh investment in Twitter by private equity group Silver Lake, and a pledge by the social media group to launch a $2 billion share repurchase plan. The deal also enabled the hedge fund Elliot Management -- which had been pressing to remove Dorsey -- to get its partner Jesse Cohn a seat on the board
Industries

Uber in talks to sell its autonomous driving unit to self-driving...

Investors Diurnal Team - November 15, 2020 0
Uber in talks to sell its autonomous driving unit to self-driving startup Aurora. SoftBank Group and Toyota Motor are the two major investors in Uber ATG. Aurora to expand development & testing of autonomous vehicles to Texas. Sources confirmed on Friday that Uber Technologies (NYSE: UBER) is considering selling Uber ATG (Advanced Technologies Group) to Aurora, a self-driving car startup. Uber is also likely to take a stake in Aurora if it agrees to buy Uber’s autonomous driving unit. Talks are ongoing between the two companies, and a deal has not been finalised yet. Uber jumped close to 2% in extended trading on Friday. Including the price action, shares of the company are now trading at £36.68 in the stock market versus a much lower £23.49 per share at the start of the year. In March, the stock had plummeted to as low as £11.23 per share as the Coronavirus restricted people to their homes. Are you looking for fast-news, hot-tips and market analysis? Sign-up for the Invezz newsletter, today. SoftBank and Toyota are the two major investors in Uber ATG Uber ATG boasts Japan’s SoftBank Group and Toyota Motor as two of its most prominent investors. The
Industries

Investors Diurnal Team - November 25, 2020 0
VMware tops Wall Street estimates in the fiscal third quarter. The U.S. firm reports a 44% increase in subscription & SaaS revenue. VMware raises its guidance for the full year on Tuesday. VMware Inc. (NYSE: VMW) raised its guidance for the full year on Tuesday as its financial results topped Wall Street estimates in the fiscal third quarter. Shares of VMware slipped more than 1% in extended trading on Tuesday. The U.S. company is now exchanging hands at £111.50 per share versus a significantly lower £71.83 per share in March due to COVID-19 disruptions. Are you looking for fast-news, hot-tips and market analysis? Sign-up for the Invezz newsletter, today. On a year to date basis, VMware is still roughly 5% down – a disappointment for people seeking to make money from their investment in its stock. VMware’s Q3 financial results versus analysts’ estimates VMware said that its net income in the third quarter printed at £325.29 million that translates to 76 pence per share. In the comparable quarter of last year, it had posted a lower £305.05 million of net income or 71.95 pence per share. On an adjusted basis, the software company earned £1.24 per share in