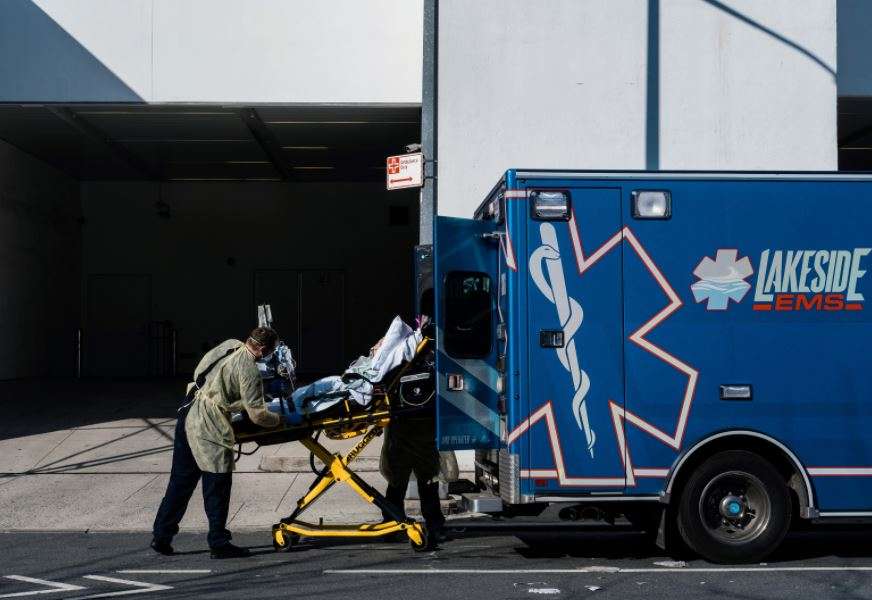 Set to take effect no later than Friday, the new rules will affect parts of Brooklyn and Queens in New York City, sections of Orange and Rockland counties in the Hudson Valley, and an area within Binghamton in the Southern Tier.

Meet 9 headhunters that top technology companies to turn to when they need to...

LVMH stock price gains on a countersuit against Tiffany

Investors Diurnal Team - October 22, 2020 0
TEHRAN: Iran's foreign ministry said it summoned the Swiss ambassador on Thursday over "baseless" US allegations that Tehran has taken actions to influence public opinion ahead of the US presidential election.US authorities "have put forward a baseless claim on the verge of the country's election so that they would advance their undemocratic and predefined scenario through shifting the blame," ministry spokesman Saeed Khatibzadeh said in a statement.He called the accusations "fabricated and clumsy" and restated Iran's position that it favours no specific candidate in the 2020 election."It is not a far-fetched assumption that the designers of such childish scenarios seek to distract public opinion and cause suspicious provocations in the run-up to the election."The Swiss embassy in Tehran has handled US interests in Iran, since ties were cut in the aftermath of the 1979 Islamic revolution.The United States on Wednesday accused Iran of sending "spoofed" emails to Americans "designed to intimidate voters, incite social unrest, and damage President Trump".According to the US Director of National Intelligence John Ratcliffe, Iran had also distributed a video that implies that people could send in fraudulent ballots, including from outside the United States.Khatibzadeh urged Washington to "cease the pointless blame projection, baseless accusations and
World News

Investors Diurnal Team - October 20, 2020 0
DUBAI: The first ever official United Arab Emirates delegation to Israel set off on Tuesday after the two countries normalised ties last month under a US-brokered accord forged largely over shared fears of Iran.An Etihad Airways plane carrying Emirati government officials, with U.S. dignitaries accompanying them, left the UAE capital Abu Dhabi, headed to Ben-Gurion Airport, according to flight tracking website FlightRadar24.Israeli officials said the five-hour visit would be restricted to the airport due to coronavirus concerns.The UAE and fellow Gulf state Bahrain in September became the first Arab states in a quarter of a century to sign deals to establish formal ties with Israel, a move that Washington and its allies have said would foster regional peace and stability but which has been rejected by the Palestinians."This is an historical moment for the UAE country and Israel and we are looking forward to salaam (peace) ... in the region," one of the pilots could be heard saying in a video posted on Twitter by U.S. Middle East envoy Ari Berkowitz.Berkowitz and U.S. Treasury Secretary Steven Mnuchin are accompanying the Emirati delegation, which is being led by Economy Minister Abdullah bin Touq al-Mari and Minister of State for Financial Affairs
World News

None to be charged with murder of three Sikhs in London

Investors Diurnal Team - October 18, 2020 0
Not one person will be charged with the murder of three British Sikh builders from Punjab who were stabbed to death in an East London alleyway in January this year, a spokesperson for the Metropolitan Police confirmed to TOI on Sunday. “There is no further investigation at this time in respect of this matter,” the spokesperson added.