Sometimes it takes a lot of oil to grease the palms of an unmotivated partner.

Saudi Arabia announced Tuesday—after another difficult meeting with members of the Organization of the Petroleum Exporting Countries and its Russia-led partners—that it would voluntarily cut its own oil production by a million barrels a day in February and March.

The most charitable interpretation is that Saudi Arabia is acting out of magnanimity. It understands that OPEC+ members are struggling and would like to make a gesture of goodwill. A more realistic read is that the Kingdom’s hand has weakened considerably in its tug of war with Russia regarding the direction of global oil output.

In a press conference Tuesday, Saudi Arabia’s Energy Minister Prince Abdulaziz bin Salman Al Saud stressed that the decision was made unilaterally. Yet he also said Russia was aware of its plans to announce a cut.

Despite Saudi Arabia’s large capacity, a million barrels is a substantial sacrifice, equating to roughly 9% of its typical production. The amount is also symbolically a departure from the parallel path that Saudi Arabia and Russia had taken so far; the countries had been holding back an equal number of barrels. 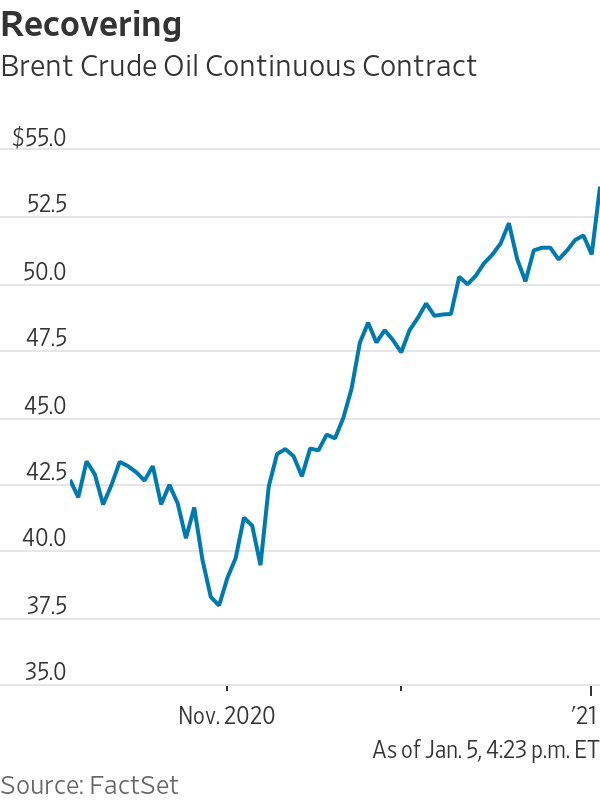 The news certainly had the intended effect on prices, with front-month contracts for Brent crude oil surging to nearly $54 a barrel—a level not seen since last February.

But Saudi Arabia’s decision raises troubling scenarios. It could show just how close Russia was to leaving the negotiating table. Saudi Arabia’s concession shows the Gulf kingdom’s deeper economic vulnerability. Furthermore, its assessment of oil demand might be bleak indeed. With Covid-19 vaccinations rolling out more slowly than expected, it isn’t at all clear whether discussions will become any easier in the next meeting, which will determine the group’s move for April.

Oil bulls had a great day, but the party might not last long.

US tariffs on French wines are ‘sledgehammer’ to industry, exporters say

The CEO of testing giant LabCorp is advising CEOs on their office reopening plans....

Office Landlords Will Be Squeezed by Secondhand Market