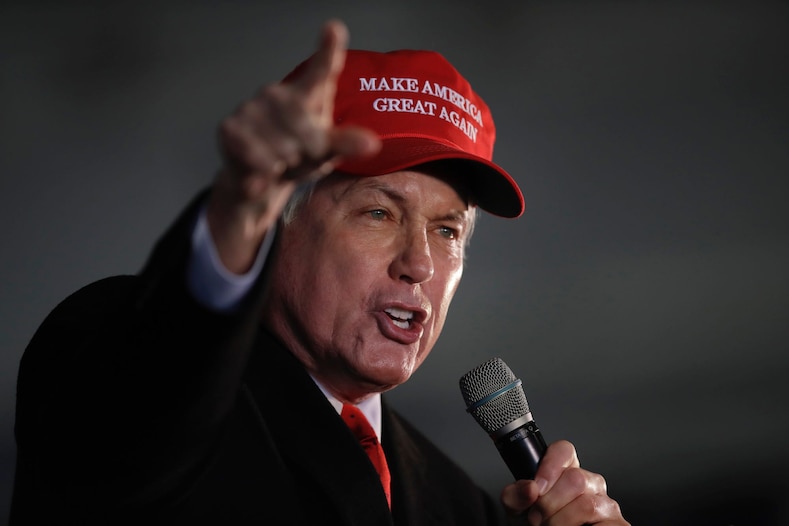 “Get the firing squads ready. Pence goes FIRST,” wrote Wood, according to Mediate.

The message, along with a few others, violated Parler’s terms of service, and was removed, CEO John Matze told Mediate on Saturday.

Violent threats against Pence spread around the internet this week, after Pence distanced himself from President Donald Trump’s efforts to overthrow the election. In a January 6 letter, Pence said he would preside over the counting of Electoral College votes without intervening.

Read more: Parler should be taken seriously as a hotbed of extremism and conspiracy theories, a new study shows

Trump attacked Pence for not having enough “courage” to overturn the results. Some of Trump’s followers joined his attack. On Parler, some users posted with the hashtag #traitorpence, but there were plenty of others who posted in support of Pence, using hashtags like #istandwithvppence. 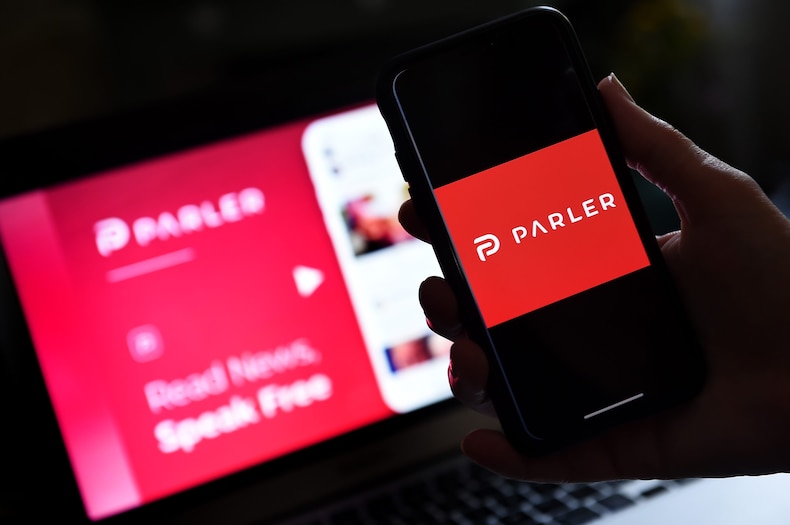 This illustration picture shows social media application logo from Parler displayed on a smartphone with its website in the background.

Wood was not among Pence’s supporters. The lawyer, who has faced calls to be disbarred in Michigan, last week had his Twitter account suspended for violent threats. Once he was removed from that network, his posting on Parler increased.

Wood’s posts were removed by midday Friday, according to Mediate.

On Saturday, Wood wrote: “I made NO threat. I do not believe in violence. I do believe in the rule of law… If my information is accurate, law enforcement will address what punishment, if any, should be administered to Pence as they do will all criminals.” 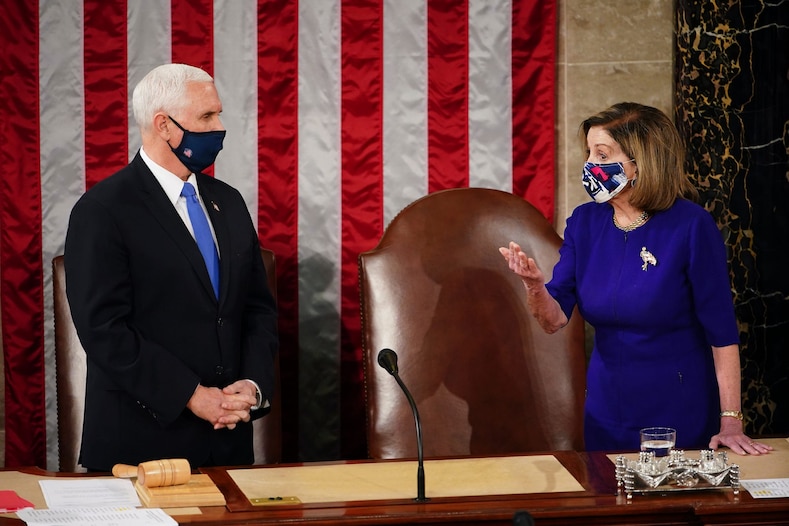 Speaker of the House Nancy Pelosi, D-Calif., and Vice President Mike Pence talk as a joint session of the House and Senate convenes to count the Electoral College votes cast in November’s election, at the Capitol in Washington, Wednesday, Jan. 6, 2021.

Parler reportedly removed several of Wood’s posts. In another, Wood had claimed a woman killed during the Capitol riot was not actually dead.

Both Apple and Google had asked Parler to take steps toward moderating speech on its network. Google banned the app from its Android Store on Friday. Apple followed suit with its own ban on Saturday. Amazon is reportedly removing the company from its Amazon Web Services.

“The censorship is approaching the levels achieved only in fascist, communist and socialist countries,” Rudy Giuliani, the president’s lawyer, wrote on Parler on Sunday morning.

Giuliani had called for a “trial by combat” before the riots.

On Saturday, Brad Parscale, Trump’s former campaign manager, urged Parler to file an anti-trust lawsuit against either Apple or Google. “Silencing this movement is illegal,” Parscale wrote on Parler.

Matze on Saturday accused Apple and Google of bias against his network, because similar anti-Pence posts had been trending on Twitter.

On Trump’s Legacy and Loyalty in Politics

Roku Throws Up its Own Plot Twist

Investors Diurnal Team - January 14, 2021 0
BTC/USD reached a high of $40,112 today as bulls returned to the market. The cryptocurrency managed to score double-digit gains and pull the market to the upside. Most institutional investors predict a BTC price of over $100k by the end of 2021. BTC has shot up in the last 24 hours, recording double-digit gains and hitting the $40k mark just three days after pulling back to $30k. This uptick was certainly a surprise as many analysts called for a pullback below $30,000, or even said that “this bubble has popped” and called for another 85% retracement, which the largest cryptocurrency by market cap saw after its 2013 and 2017 bull runs. Are you looking for fast-news, hot-tips and market analysis? Sign-up for the Invezz newsletter, today. Fundamental analysis: is Bitcoin unstoppable? Bitcoin’s failed attempt of breaking the $42,000 all-time high sparked the bears’ interest in the cryptocurrency as many analysts called for a “bubble bursting” once Bitcoin started dipping. Some even went as far as calling a 85% retracement and a BTC/USD price of 6,000. There were, of course, many prominent bullish investors which stated that Bitcoin going to $30k was just a market correction that’s about to
Markets

Investors Diurnal Team - January 16, 2021 0
A customer walks out of a Walgreens pharmacy store...