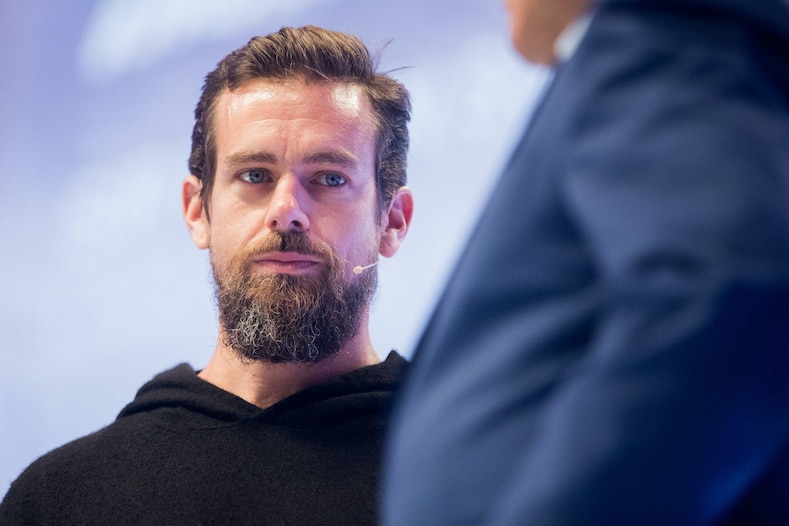 The chief executives Parler and Twitter were at odds with each other on Saturday, as each posted on their own network about Apple’s ban of Parler.

After Apple banned Parler for failing to remove content promoting violence, Twitter CEO Jack Dorsey posted a picture of the Top Charts on the App Store. Before the ban, Parler had been the most downloaded app. By Saturday night, it was gone.

On Parler, CEO John Matze responded by posting a screenshot of Dorsey’s tweet and adding his own comment.

“Yeah, we were number one until the fake news rage mob at Twitter and your anti-competitive friends went after us,” Matze wrote. He added: “That’s real cute.”

Parler, which has become home to a growing number of conservative and alt-right voices, was banned from the app stores run by both Apple and Google. Both companies said the app didn’t do enough to moderate incendiary talk. “No change without bloodshed!” a Parler user wrote as the mob of Trump supporters stormed the Capitol on Wednesday.

Google banned it late Friday, with Matze saying it was a “horrible way to handle this.”

Apple followed with its own ban on Saturday, after giving the app a day to update its moderation efforts. “Parler has not taken adequate measures to address the proliferation of these threats to people’s safety,” Apple reportedly said.

Read more: Parler should be taken seriously as a hotbed of extremism and conspiracy theories, a new study shows

Earlier on Saturday, Matze had posted about Apple’s ban, saying Apple wanted him to put in place “surveillance” policies.

“They claim it is due to violence on the platform. The community disagrees as we hit number 1 on their store today,” he wrote. He noted that “Hang Mike Pence” had become a trending topic on Twitter, before the network halted it.

On Parler, prominent users said banning it was a form of censorship.

“Apple and Google have now removed the Parler App. Welcome to political censorship! Spread the word so your fellow Americans know about this,” wrote Rep. Devin Nunes late on Saturday night.

Rep. Ken Buck wrote that Congress needed to take action against Google, Facebook, Twitter, and Apple. “Big Tech has abused its monopolistic power and has engaged in censorship,” he wrote.

President Donald Trump’s son Eric Trump on Saturday posted a picture of himself with the caption: “The MAGA movement is going nowhere. [President Trump] has created the greatest political movement in American history.”

Like Twitter, Parler users can also sign into the network on the web. But Amazon is reportedly removing the company from its Amazon Web Services. The platform may go offline Sunday night, unless it can find an alternative hosting platform, said Matze. It might be offline for a week.

Matze said on Saturday the tech firms were working together to shut down Parler.

“We are the closest thing to competition Facebook or Twitter has seen in many years. I believe Amazon, Google, Apple worked together to try and ensure they don’t have competition,” he said.

Obama warns of threats to fundamental principles of US democracy

Investors Diurnal Team - December 21, 2020 0
Shares of Tesla (NASDAQ: TSLA) trade 5.5% in the red on the first day of trading as a constituent of the S&P 500 index.  Fundamental analysis: The largest-ever company to be added to S&P 500 The inclusion of Tesla on the S&P 500 means that other index funds will have to purchase almost $80 billion of the automaker’s stock while unloading shares of other companies tracked by the benchmark index.  Are you looking for fast-news, hot-tips and market analysis? Sign-up for the Invezz newsletter, today. Tesla is the largest-ever company to be added to the S&P 500 with a market value of over $600 billion. At first, the S&P Dow Jones committee considered adding Tesla’s stock to the index in two tranches to ease the inclusion.  However, the committee later decided to integrate the stock all at once at its full float-adjusted market capitalization before it starts trading on the index, meaning that they will weigh the carmaker based only on the number of shares available to the public.  S&P Global Ratings raised Tesla’s credit rating from “BB-” to “BB” including positive guidance. According to analyst Daniel Ives calculations, Tesla will account for about 1% of the S&P 500’s market
Markets